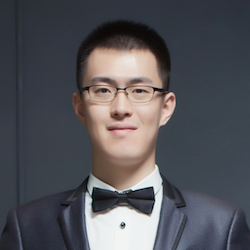 The Foresight Institute Distinguished Student Prize is awarded each year to the college undergraduate or graduate student whose work in nanotechnology is considered most notable in advancing the development and understanding of nanotechnology. This prize is generously supported by Dr. James Ellenbogen, Ravi Pandya, and James Von Ehr, II.

The Foresight Institute has announced that the winner of the 2017 Distinguished Student Award is Hai Qian, a PhD student in Professor Ivan Aprahamian’s Lab at the Department of Chemistry at Dartmouth College in Hanover, NH.

Hai has been developing hydrazone-based fluorophores and photochromic compounds. To date, this research effort has led to 7 publications in leading peer reviewed journals.

Hai was the main instigator behind the development of these new systems, and so has contributed to the expansion of the toolbox available to the field of molecular switches and machines. Mr. Qian is currently working on using two-photon absorption to develop high density storage devices built in single crystals. This feat is possible because of the unique solid state emission switching capability these switches exhibit. 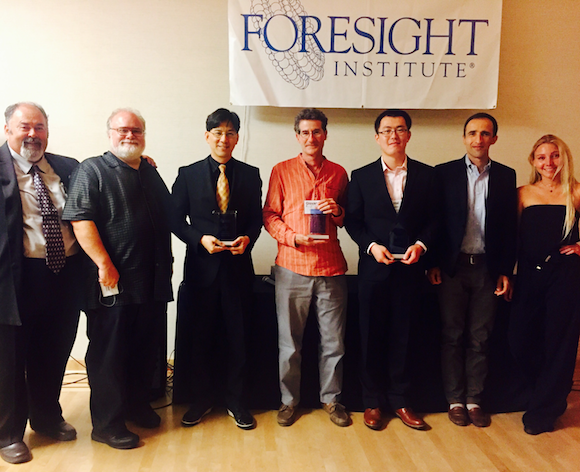 The Foresight Institute is a leading think tank and public interest organization focused on transformative future technologies. Founded in 1986, its mission is to discover and promote the upsides, and help avoid the drawbacks, of nanotechnology, artificial intelligence, biotechnology, and similar life-changing developments. For more information visit http://foresight.org.

Submissions/nominations were due August 1, 2017
Award was made at the Atomic Precision For Healthspan And Longevity workshop, held September 16-17, 2017

The student should not have received their PhD before October 2017.

The Foresight Distinguished Student Award was established in 1997, and is given to a college student or graduate student whose work is notable in the field of nanotechnology. The award includes a $1,000 prize, and an expenses-paid trip to the autumn 2017 Foresight Workshop. The prizewinner must accept in person at the award ceremony. The prizewinner will receive complimentary full registration including reception, coach airfare and up to 2 nights hotel (arranged by Foresight Institute, Sat. night stay may be required), and the physical award.

Foresight Institute is a leading think tank and public interest organization focused on transformative future technologies. Founded in 1986, its mission is to discover and promote the benefits, and help avoid the dangers, of nanotechnology, AI, biotech, and similar life-changing developments.

Foresight is devoted to stimulating the development of atomically precise nanotechnology that will truly transform our future, from medicine to the environment to space settlement. We bring that vision and goal to new audiences, including inspiring young researchers. More information about the Foresight Institute, the technical conference, and the Distinguished Student Award, may be found at http://www.foresight.org, or by contacting [email protected].

The Foresight Institute Distinguished Student Award was established in 1997 and institutionalizes the first grant made in 1996 by Foresight to John M. Michelsen, a University of California at Irvine chemistry student.