Building Better Futures on the Blockchain

Blockchain, blockchain, everywhere – when and where does its use actually make sense ? Join us for free when we attempt to distinguish blind hype from revolutionary use cases, speculate what we can realistically hope for in a best case deployment scenario, and how to avoid harmful adaptation and regulation of this promising technology.  Apart from blockchain’s currencies, we discuss its interaction with other disruptive technologies like AI, its power as social force, and its ecosystem as role model for security.

After the panel and Q&A, you are invited to join the speakers’ breakout sessions on their topic of expertise.

The event is free, tickets can be secured via the link below. No tickets will be sold on the door.

No entry without valid ID because there will be an open beer tab.

Foresight Institute members are welcome to join for the speakers dinner at a nearby restaurant afterward.

Tickets can soon be secured here

On November 19, 2016 we brought together leading minds to fight it out what the future should look like. Find below the video summary of the event and the videos of the individual debates.

Summary of the event

Tomorrow And The Day After

Drop Everything to Work on AI 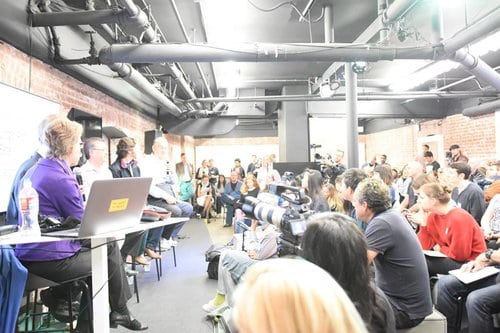 More photos and notes can be found on the event Facebook page.