James Bennett comments on space development and universal basic income.  He believes that within 24 months a demonstration of dramatically lowered costs may occur with SpaceX’s Starship.  A mass accelerator could be used to create low cost shipping of bulk material to orbit.  Space habitats could be built which take advantage of low cost shipping instead of being self sustaining – which would change the design and constraints of constructing such habitats.

The world administrative radio conference of the international telecommunications union divided up radio bands for global communication.  It’s a good example of a terrible way to divide commons and make pseudo-property out of it.  One entity one slot gives small nations large amounts of bandwidth which they can sell – which highlights the problem of “who counts as equal”.

Another issue is that laws require enforcement, and enforcement in an environment with no authority is difficult.  On a global stage, each nation tends to enforce only its own laws.  For space, it’s more efficient to give up on universality and use a more fragmented approach.

Universal basic income off of public natural resources seems like a good system, and works in Alaska.  However, in certain political systems its possible for corruption or gaming of the system to break it.  Headcount would need to be done instantaneously for the initial dividend otherwise exploitative breeding or migration strategies would emerge.

David Friedman speak about the nature of space property and the various solutions for handling it.  The most important aspect is whether we will have cheap space travel, which leads to a space economy closely tied to the terrestrial economy – or expensive space travel which will cause the space economy to evolve independently.

Property ownership, scarcity, rights, and enforcement will be shaped by national and global interests over the coming decades.

David D. Friedman, son of Nobel laureate Milton Friedman, is a leading proponent of anarcho‐capitalism, the theory that the state is an unnecessary evil and that all services, including the law itself, can be provided by voluntary cooperation in the private economy. While Friedman holds…

Legal Considerations for Commercial Space Development James C. Bennett has served as President and Chairman of the Board of Internet Transactions Transnational, Inc. and serves as a consultant to clients in the space, communications, and other technology enterprises. He is writing and speaking on technological developments and public policy… 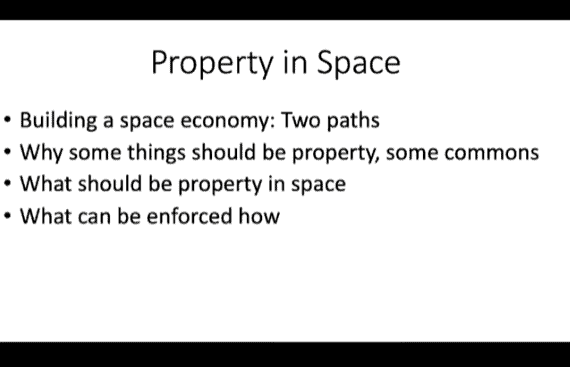 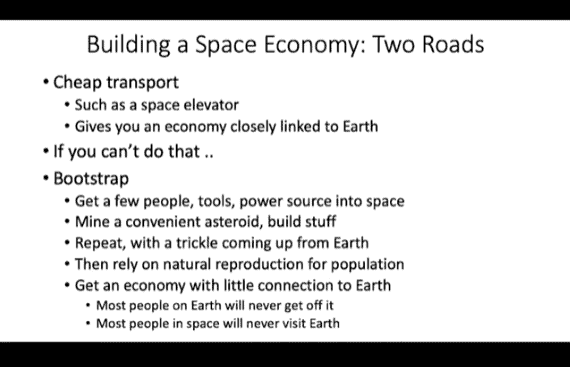 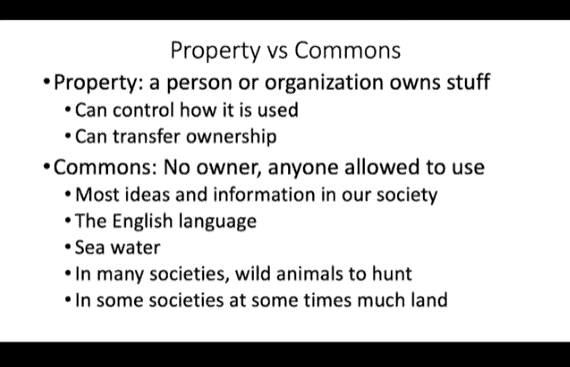 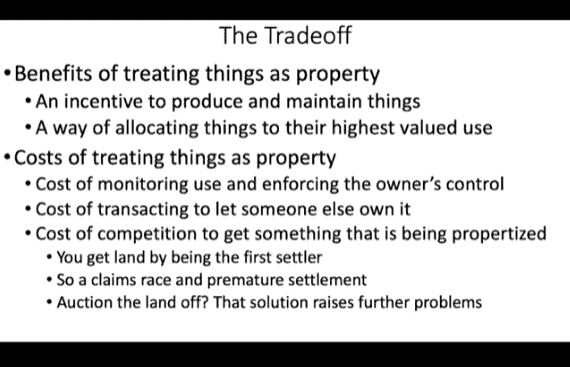 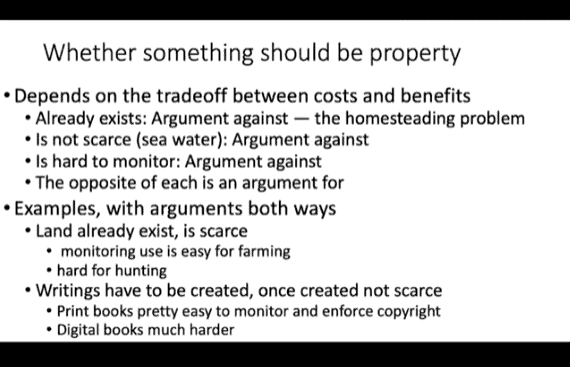 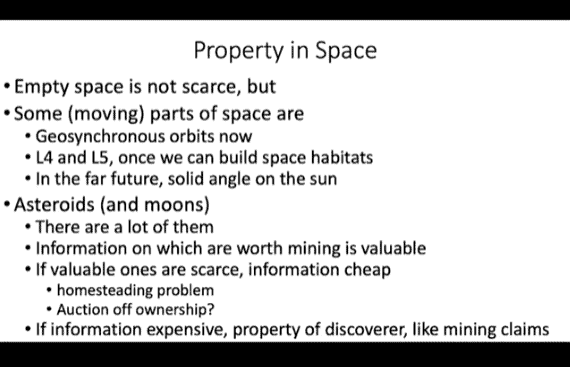 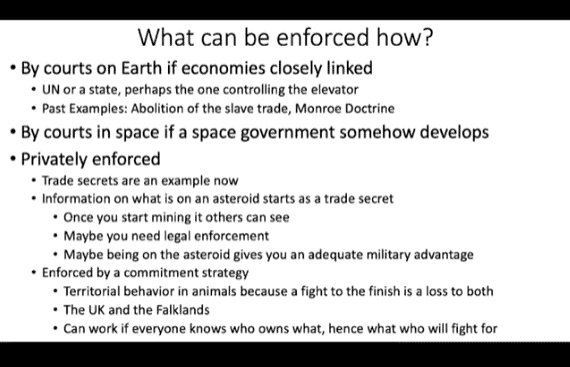 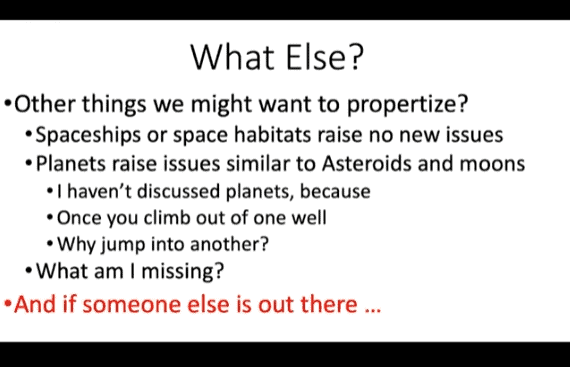 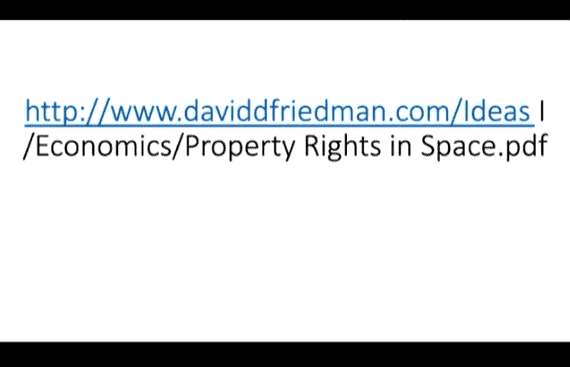