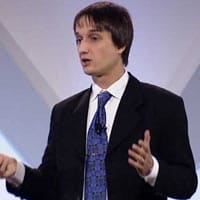 Molecular Machines Christopher Wilmer is currently an Assistant Professor in Chemical Engineering at the University of Pittsburgh where he leads the Hypothetical Materials Lab. He received his Ph.D. in Chemical & Biological Engineering from Northwestern University and BASc in Engineering Science from the University of Toronto. He was the co-founder of NuMat Technologies and co-founding editor of the journal Ledger. Since he first read Eric Drexler’s Engines of Creation and Ray Kurzweil’s The Age of Spiritual Machines, he wanted to become a physicist. He believes the world needs more engineers developing nanotechnology.