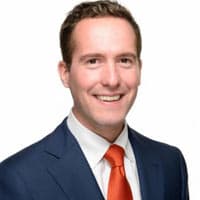 Nanotechnology: molecular machines, atomically-precise construction Michael M. Lerch – a native of Switzerland – studied Interdisciplinary Sciences at ETH Zurich in his B.Sc. (2012) and M.Sc. (2014) focusing on organic synthesis and cellular biology. Further, he was a visiting student researcher at the University of Cambridge (2012) and the California Institute of Technology (2013/2014). Subsequently, he worked with Prof. Dr. Ben L. Feringa at the University of Groningen (The Netherlands) and completed his Ph.D. with distinction (cum laude). In Groningen, he employed photocontrolled small molecules to control the behavior of biological systems. In photopharmacology, he helped develop novel drug candidates that can be switched ‘ON’ and ‘OFF’ with light. Moreover, he focused on unravelling the photoswitching mechanism of an emerging class of photoswitches, so-called donor-acceptor Stenhouse adducts, that included research visits to the University of Florence/LENS Laserlab Europe. Since Nov. 2018, Michael works as a postdoctoral fellow with Prof. Joanna Aizenberg at Harvard University and the Wyss Institute for Biologically Inspired Engineering (supported by a NWO Rubicon grant). His research focuses on microstructured liquid crystalline surfaces with self-regulated motion and feedback-controlled optically active hydrogels. He is fascinated by nature’s materials and combines his expertise in organic synthesis, supramolecular- and photochemistry with engineering approaches to create hybrid materials with the ability to self-regulate, coordinate their action and communicate.