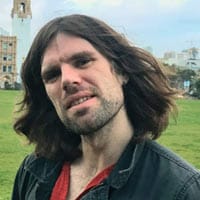 Environment: Clean Energy and Clean Air Patrick’s academic background is in paleobiology and the evolution of episodic memory, cognitive empathy, and self-concept in the hominin lineage (most recent publication Episodic Memory, Phenomenal Empathy, and the Representation of Time, January 2018). He has taught philosophy at San Francisco State University, and previously studied Biological Sciences at Oxford. For the last year, he has been researching the feasibility of various methods of achieving near term CO2 drawdown from the atmosphere, inspired by work he did at Oxford on the effects of climatic shifts on the historical biogeography of the Mediterranean basin, and informed by analysis of the interaction between the biosphere and the climate system through geological time. This is explored in his recent article in Palladium Magazine: Ancient Upheavals: How to Geoengineer a Stable Climate and a presentation he gave at the Foresight Institute Atomic Precision for Healing the Planet technical competition. He is currently forming the organization LivingCarbon, having concluded that bioengineering decomposition resistant wood holds great potential for CO2 drawdown. He recently published a book of poetry, Alkali Shores, and is fascinated by the ecology of the California deserts, as examples of biological systems maintaining functional integration, and forming complex and interdependent relationships among their member species in the face of extreme external adversity. He has lived in the Bay Area for the last 14 years and before this in Oxford and London, where he was born.