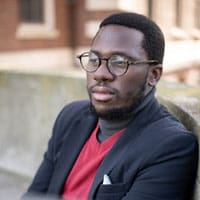 Bulelani Jili is a Meta Research Ph.D. Fellow at Harvard University. His research interests include Africa-China relations, Cybersecurity, ICT development, African Political Economy, Internet Policy, Chinese Business Law, Law and Development, and Privacy Law. He is also a Visiting Fellow at Yale Law School, Cybersecurity Fellow at the Belfer Center, and conducting research with the China, Law, Development project at Oxford University. Funded by the European Research Council is a 5-year, interdisciplinary and multi-sited research project that aims to understand the nature of order that underlies China’s new globalism. He has also advised leading think tanks and watchdogs like Freedom House and supported the Center for Strategic and International Studies’ Human Rights Initiative at a large, which investigates the spread of facial recognition technology in Africa. His recent paper, Chinese surveillance tools in Africa, particularly discerns the exportation of Chinese surveillance technology in Africa. He has also written about the Chinese guiding cases system (Peking University Law Journal, 2019) with Guo Li, Professor of Law and Vice Dean at Peking University Law School. As a researcher of Africa-China relations, he was named by the Mail & Guardian as one of the most influential young South Africans. His writing has appeared in leading publications and think tanks like the African Affairs, Mail &Guardian, Africa is a Country, The Elephant, and African Center for Strategic Studies. He is also a regular panelist and speaker at international conferences. Prior to attending Harvard, Mr. Jili worked at the Wits Institute for Social and Economic Research, in South Africa, as a Visiting Researcher. He earned an M.Phil. from Cambridge University, where he studied as a Standard Bank Africa Chairman’s Scholar. In 2016, he was awarded a Yenching Scholarship to study at the Yenching Academy of Peking University, where he received a M.A. in Economics. Studying with Prof. He Yafei, former Vice-Minister of the Ministry of Foreign Affairs, and Prof. Jiang Guo Hua, he studied Chinese global governance strategies and economic approaches. He holds a A.B. honors, in Philosophy, Politics and Economics (College of Social Studies), from Wesleyan University (CT), where he was a Pfeiffer Scholar.