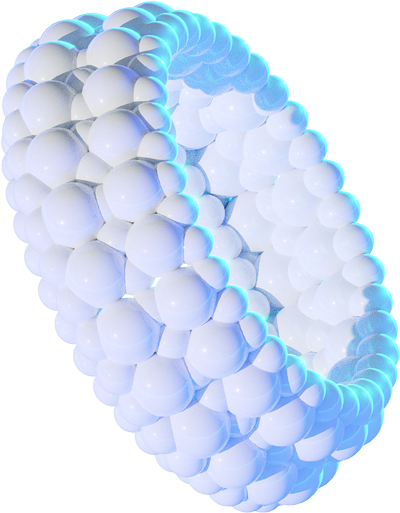 What would it take to secure civilization’s computer infrastructure?

The three main threats I see to civilization’s computer infrastructure are:

1. As of Q1 2021 Amazon Web Service and Microsoft Azure own 52% of the cloud infrastructure (https://www.statista.com/chart/18819/worldwide-market-share-of-leading-cloud-infrastructure-service-providers/). Having a few companies operate the computing infrastructure increases the odds of civilization’s computer infrastructure being used to keep these large companies profitable and in control through surveillance and manipulation. Ways to mitigate this risk involve using alternate cloud providers for your business or personal projects. Linode is an alternative which aims to keep it’s management software as minimal, open source, and portable as possible. Computing hardware innovation, such as developing quantum computing, also makes it difficult for encumbertants to keep their dominance. Running peer-to-peer nodes in your home, such as an Ethereum validator, also help decentralization collaboration systems away from centralized entities.

2) The cyber warfare market was estimated at $39 billion in 2020 and is expected to grow to $123 by 2026. Much like the nuclear arms race it seems like it’s only a matter of time before growing cyber warfare budgets lead to catastrophe. The two ways to prevent this are a) international cyber warfare disarmament policies that take after nuclear weapon disramnet policies and b) more peer-to-peer computing structures that lower the incentives for large entity cyber warfare.

3) Companies are starting to experiment with AI taking over more and more infrastructure monitoring tasks. A problem with many AI models is difficulty interpreting how the system arrives at predictions. AI safety is an active area of research and funding which should continue. Having open source AI initiatives and many companies working on their own implementations is the best way to avoid having one rogue AI system gain dominance.

What is the most exciting cooperative arrangement that could be unlocked with zero-knowledge proofs? 500 words.

Zero Knowledge proofs (ZKPs) allow a user to share verifiably true answers without revealing knowledge on how the answer was determined. For example, showing the answer to a provided Sudoko puzzle without any of the in-between steps taken to solve it. It’s also possible to prove that you answered a Sudoko puzzle without even revealing the completed answer. For those who are unfamiliar with how this is works, this 10 min video provides some intuitive examples.

For me the most exciting cooperative arrangement is that different organizations can verifiably show that agreed upon base protocols were not broken when manipulating shared information to a new state. This allows multiple parties to all collaborate on the same information state. Each group can carry out internal computations and communication however they like without worry of breaking the shared state for other groups as long as base protocols aren’t broken. This allows groups to keep private information and makes transactions more efficient because outside groups don’t need to verify every internal calculation, just the final output state and ZKP that no base protocols are broken with the manipulation.

A current example of this is Ethereum layer 2 scaling solutions such as Matter Labs. The layer 2 can batch many transactions together with a ZKP showing that no operations broke the base protocol. This saves on transactions costs which were becoming prohibitory expensive on the network. For Ethereum the main base protocols are that none of the transactions caused a wallet balance to go negative, created eth, or used a wallet that wasn’t in that layer 2 network.

In order to apply zero-knowledge proofs (ZKP) to intelligent cooperation, we must first seek out a structural framework that would both support social experimentation around cooperative arrangements, as well as provide a technological base for ZKP to work in this context. Luckily, this framework already exists in the form of DAOs, where experimental cooperative arrangements and ZKP can be allowed to intermingle in the same blockchain environment.

DAOs apply mechanisms for increasing social cohesion and organization around the commonly held ideas of its members. These mechanisms include:

ZKP has the potential to add further layers of functionality to these mechanisms in several ways.

Even within the context of open, democratic decision-making enabled by DAOs, anonymity can still be the preferable option in several cases. To take a real-world example, election voting happens in secret, among other things to avoid issues of peer pressure. DAOs allow for experimenting with these options on a case-by-case basis, to find the optimal option in any given context.

Given that ZKP can be implemented to enhance user anonymity, here are just a few ideas for options and context that could be open to experimentation with ZKP in a DAO setting:

Some of these issues are today tackled by BrightID and other third-party verifiers. ZKP is in a unique position to tackle these issues without third-party involvement, potentially enhancing anonymity in cooperative arrangements where this is preferrable, and thus leading to enhanced possibilities for Intelligent Cooperation.