In this session, Brain Kennedy from Buck Institute presented his assessment of the state of aging research in academia and the non incentivized academic research that could dramatically advance progress. After that, Lynne Cox introduced two progress opportunities she identified – new drug discovery approaches focusing on polypharmacology, and in silico systems modelling of aging. Following that was a last presentation from Joris Deelen, in which he presented ideas on how to get already discovered aging biomarkers into the clinic, as well as a novel approach to utilize genetics of long lived people to move the field forwards. 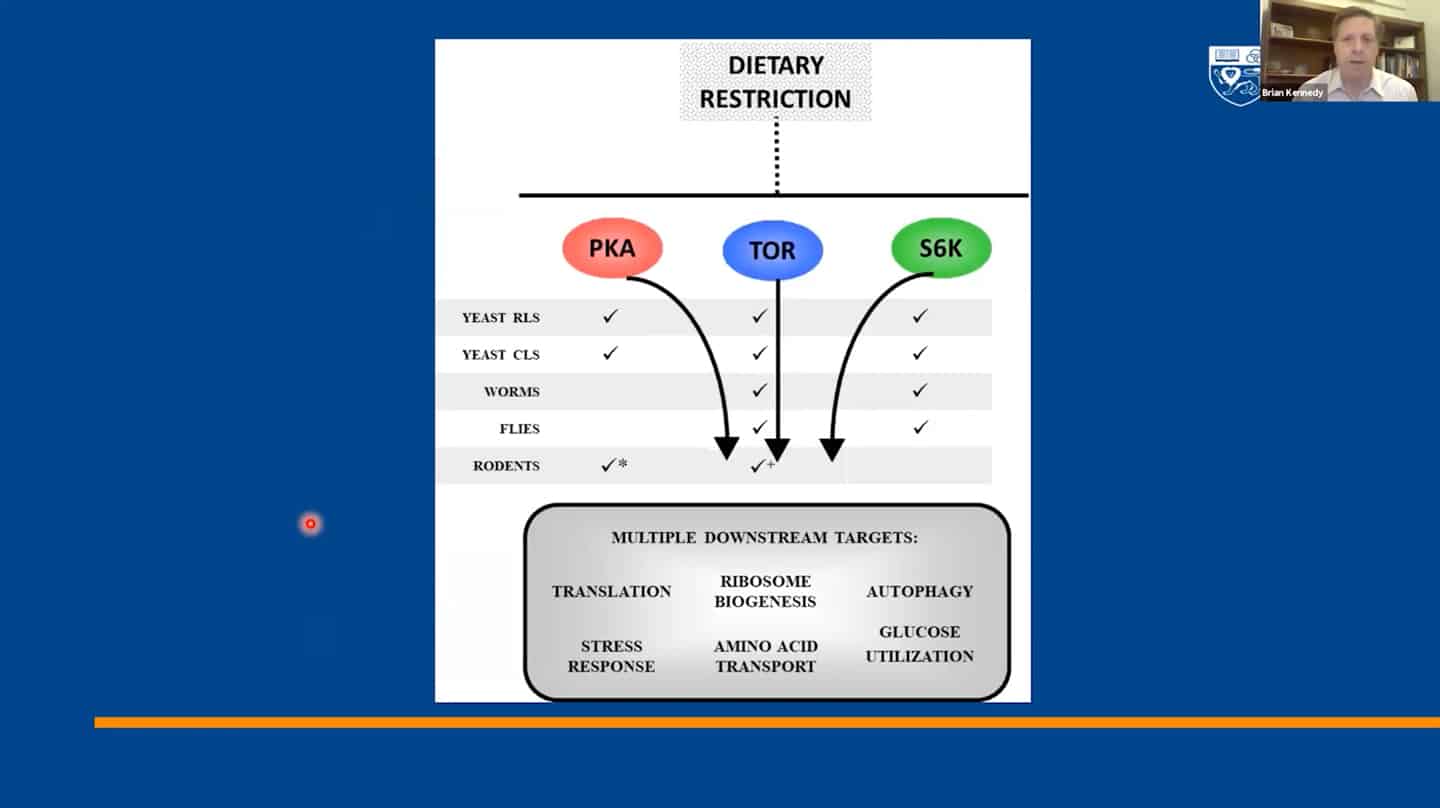 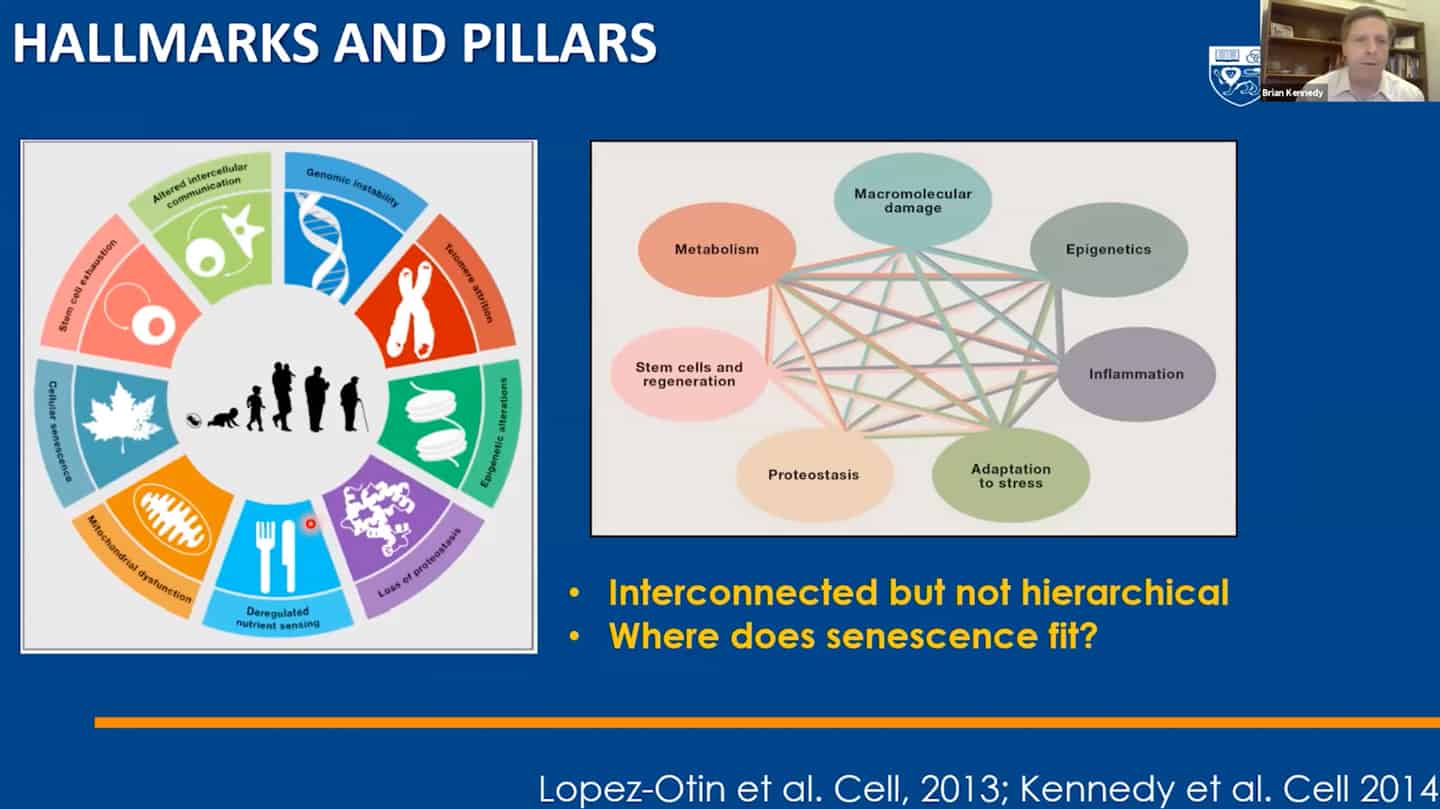 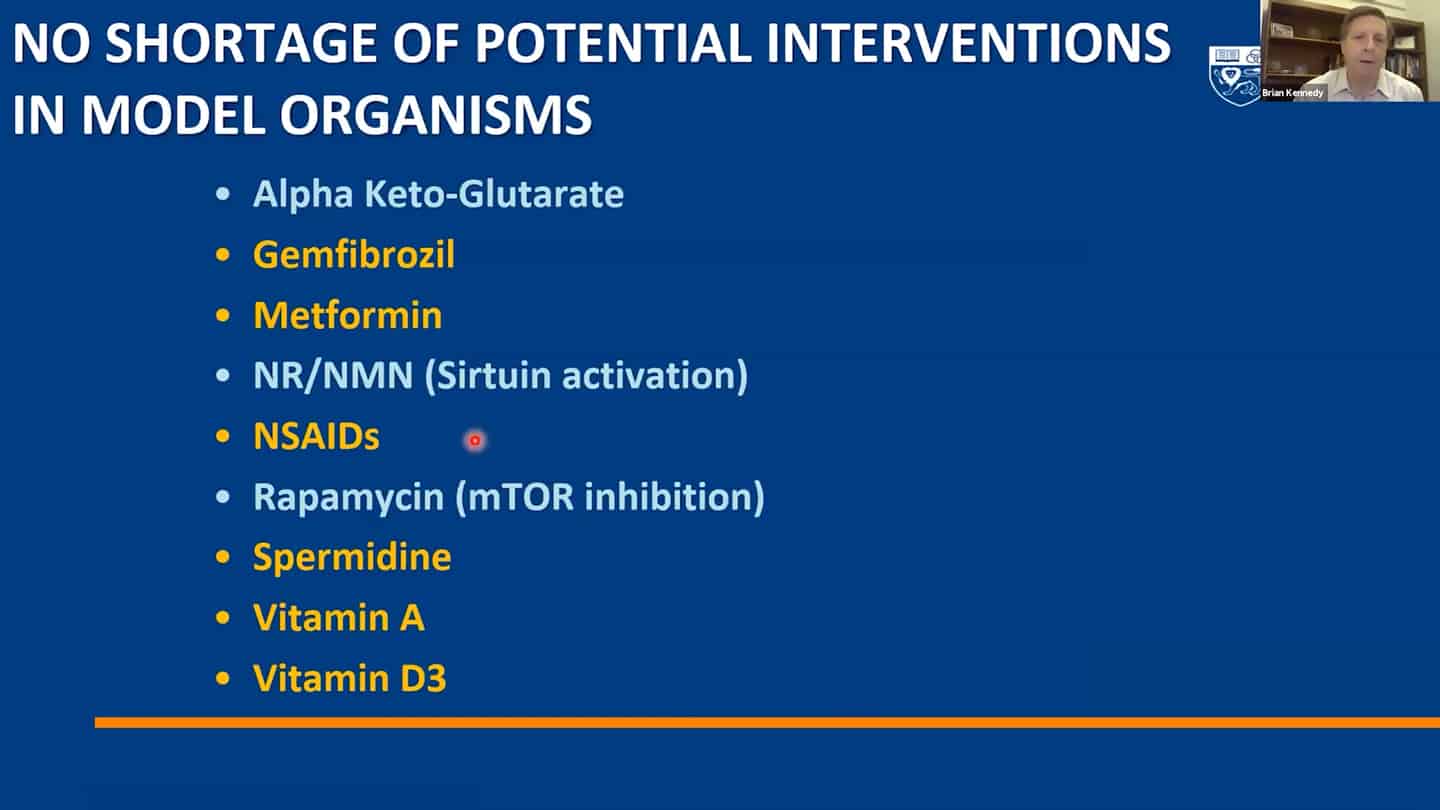 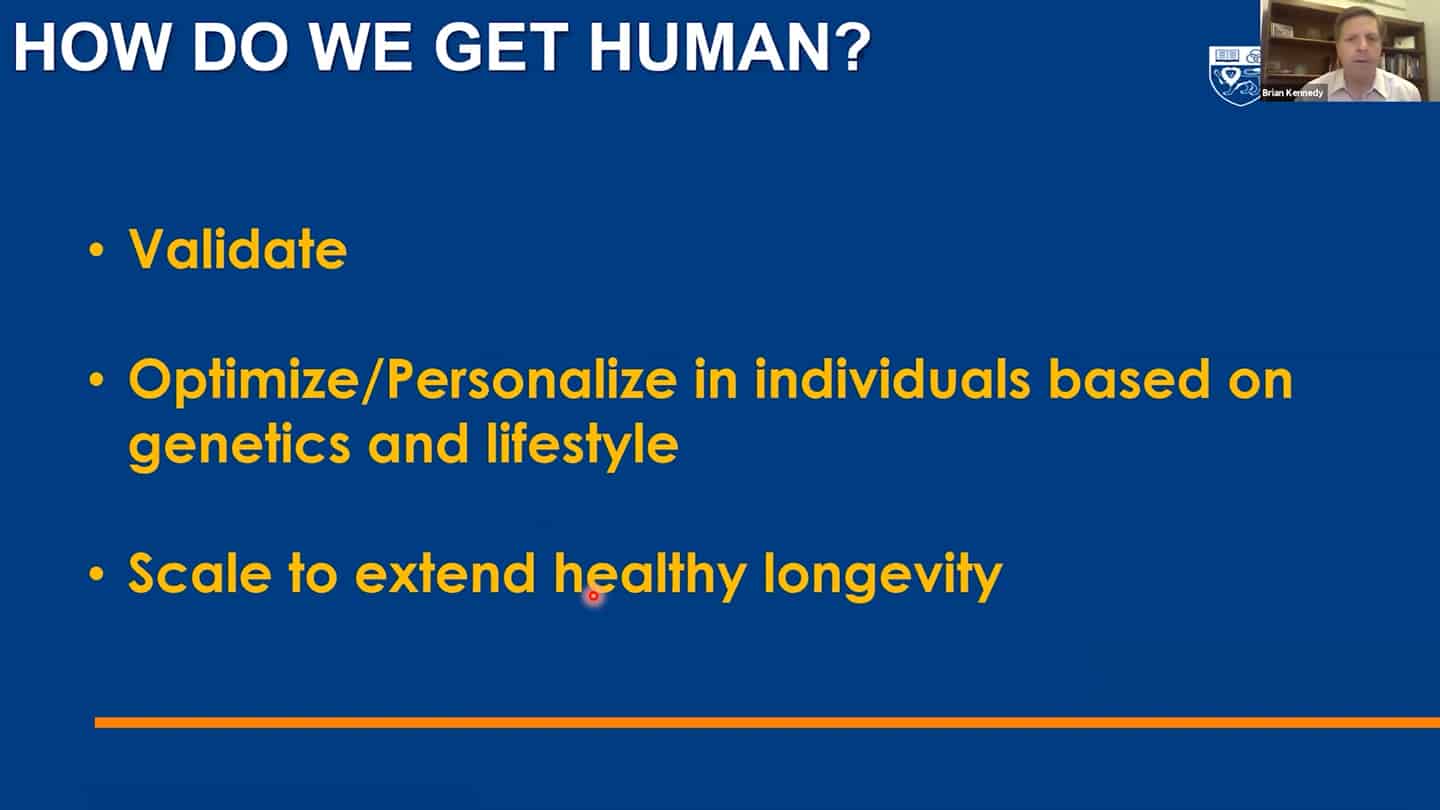 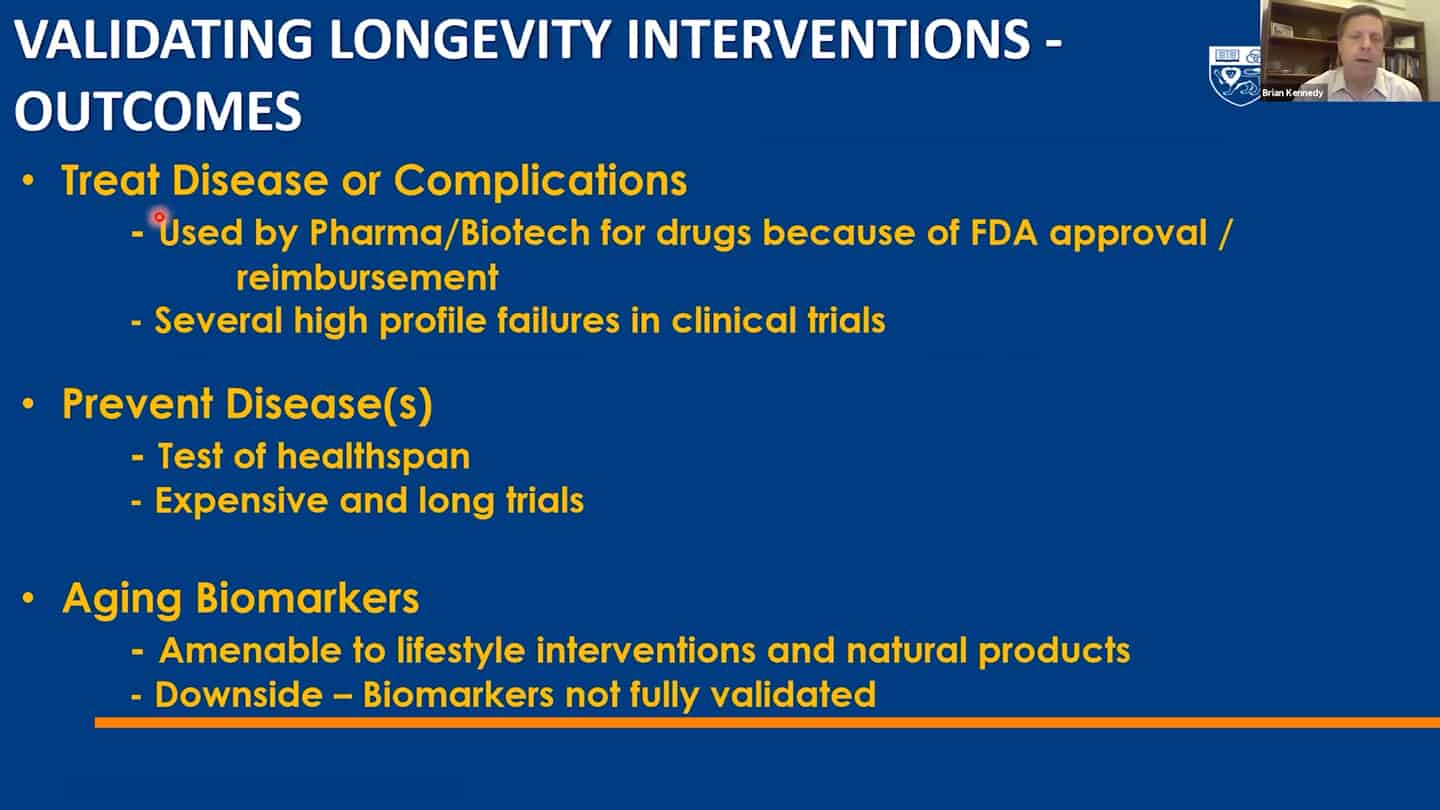 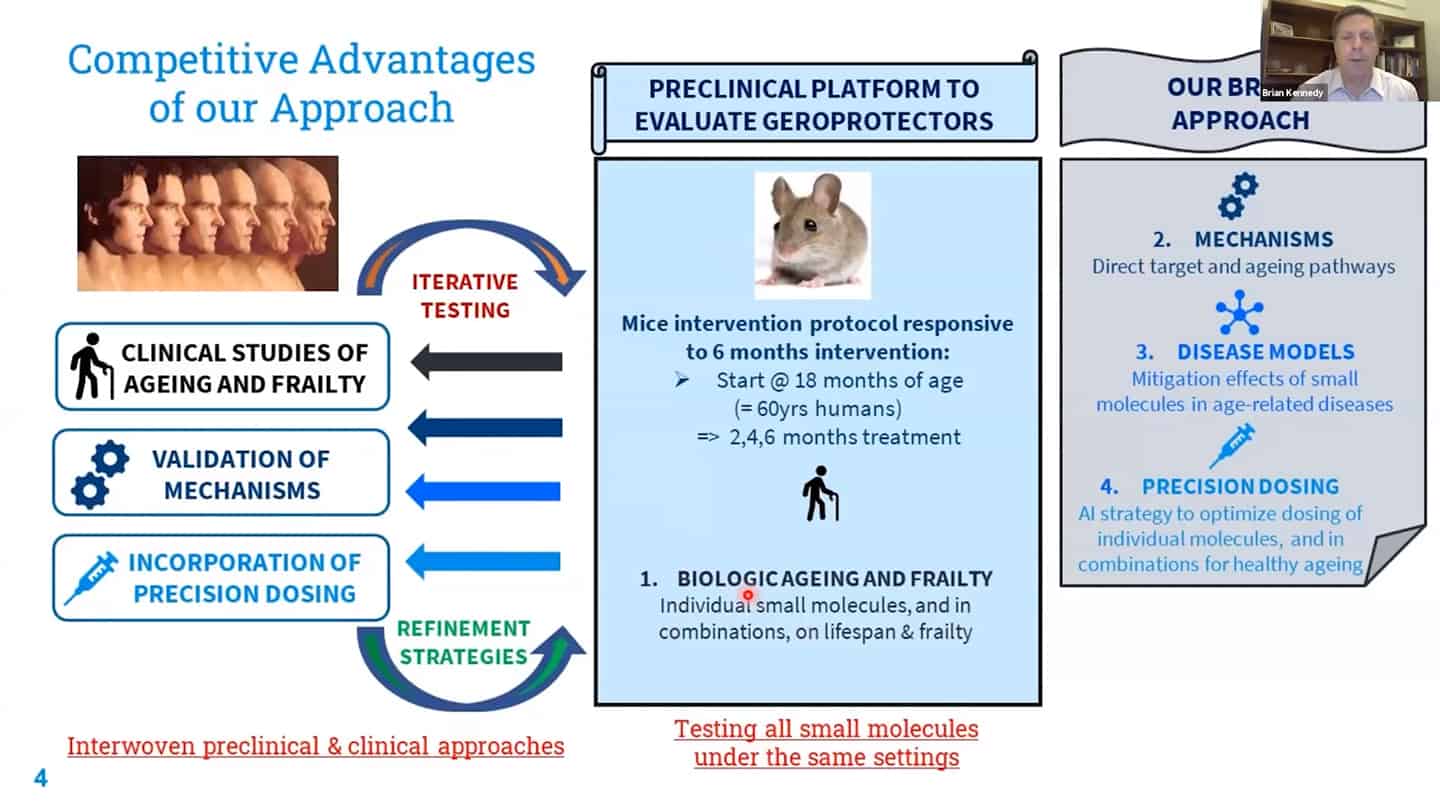 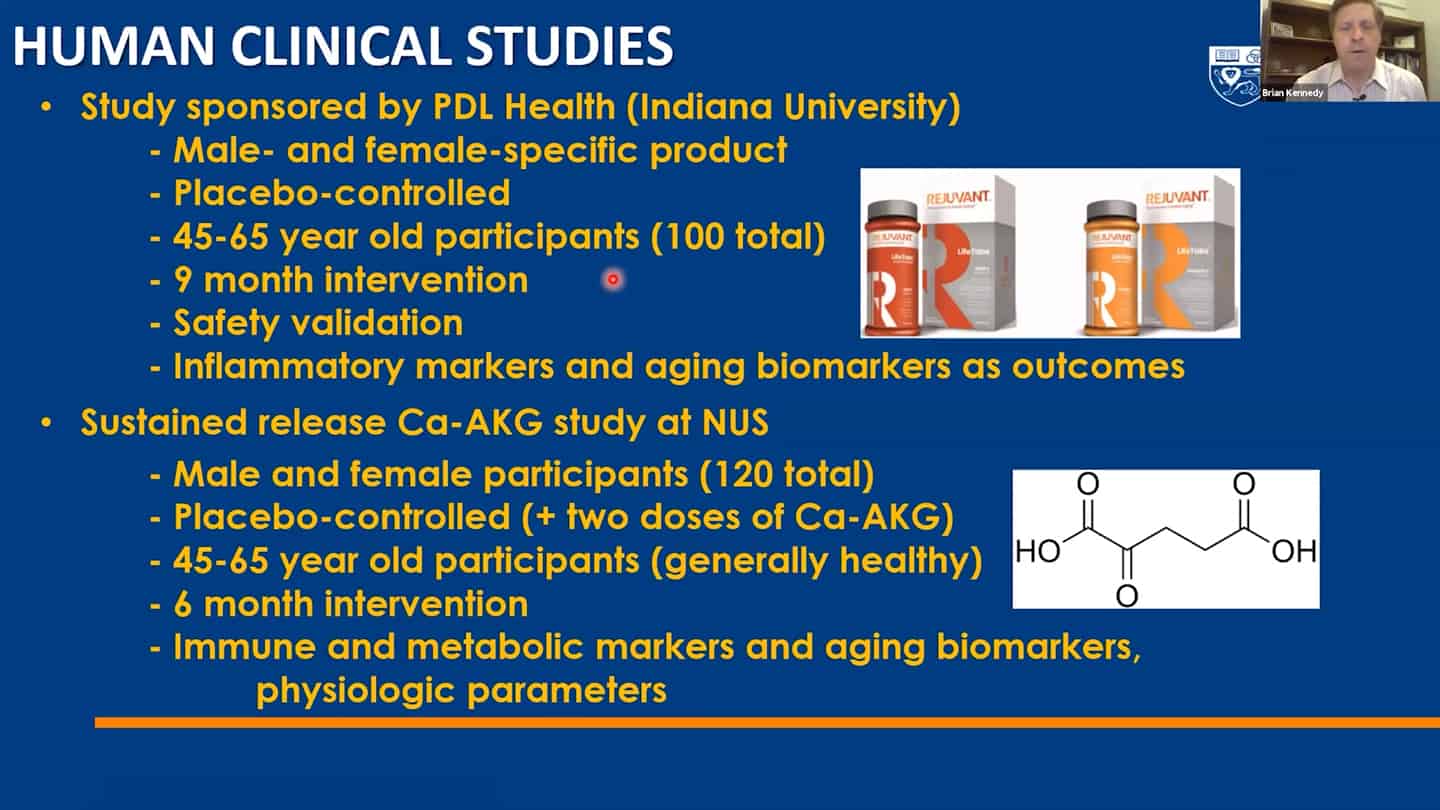 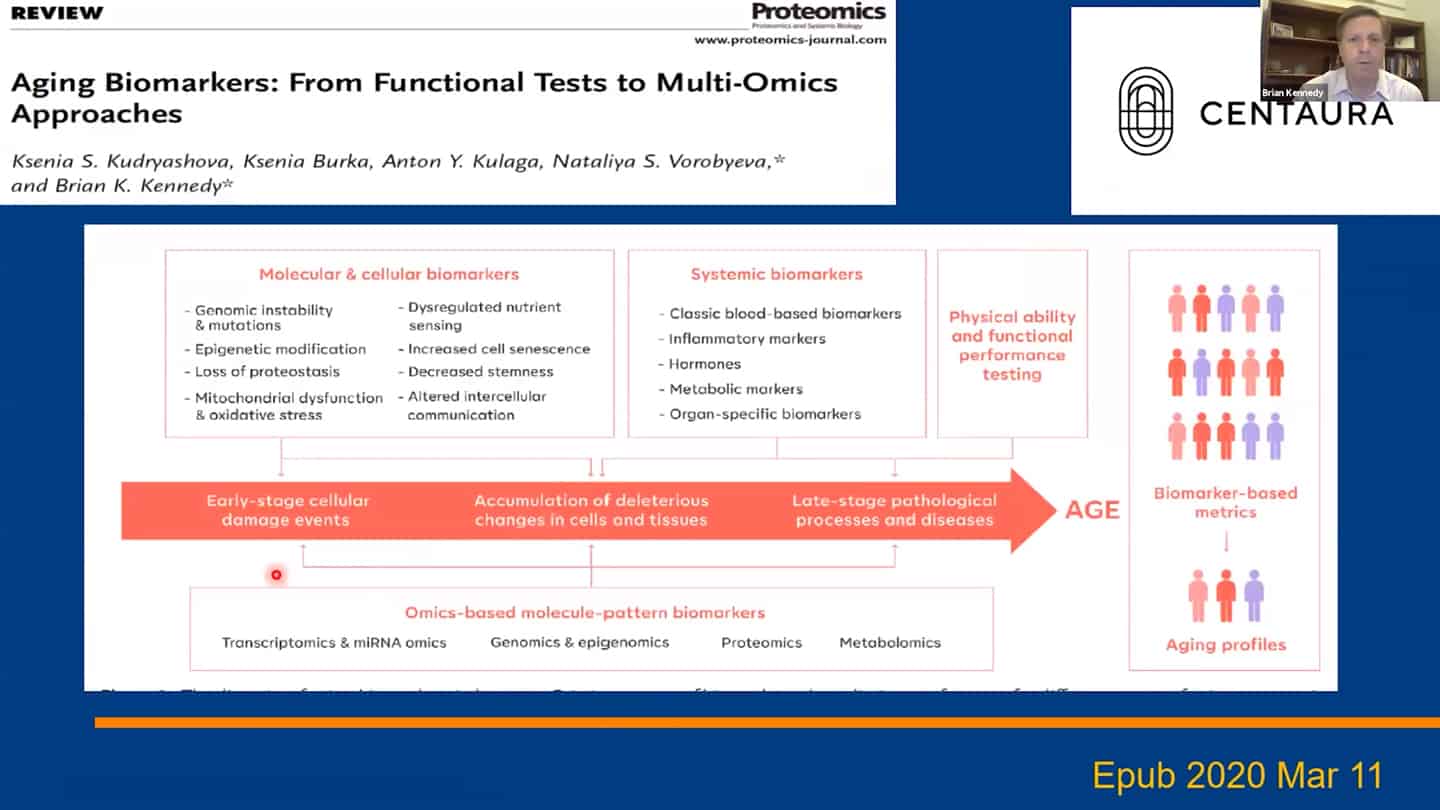 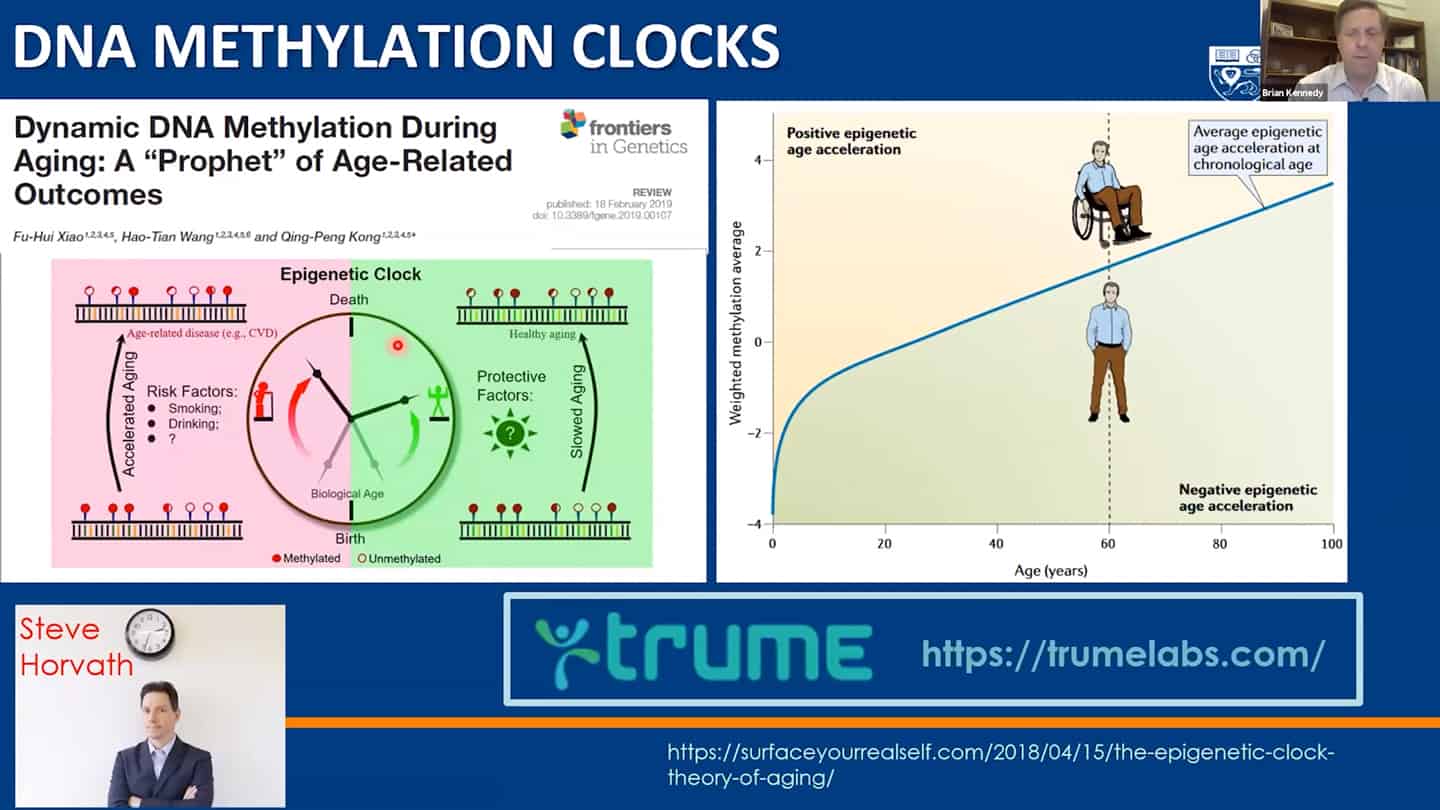 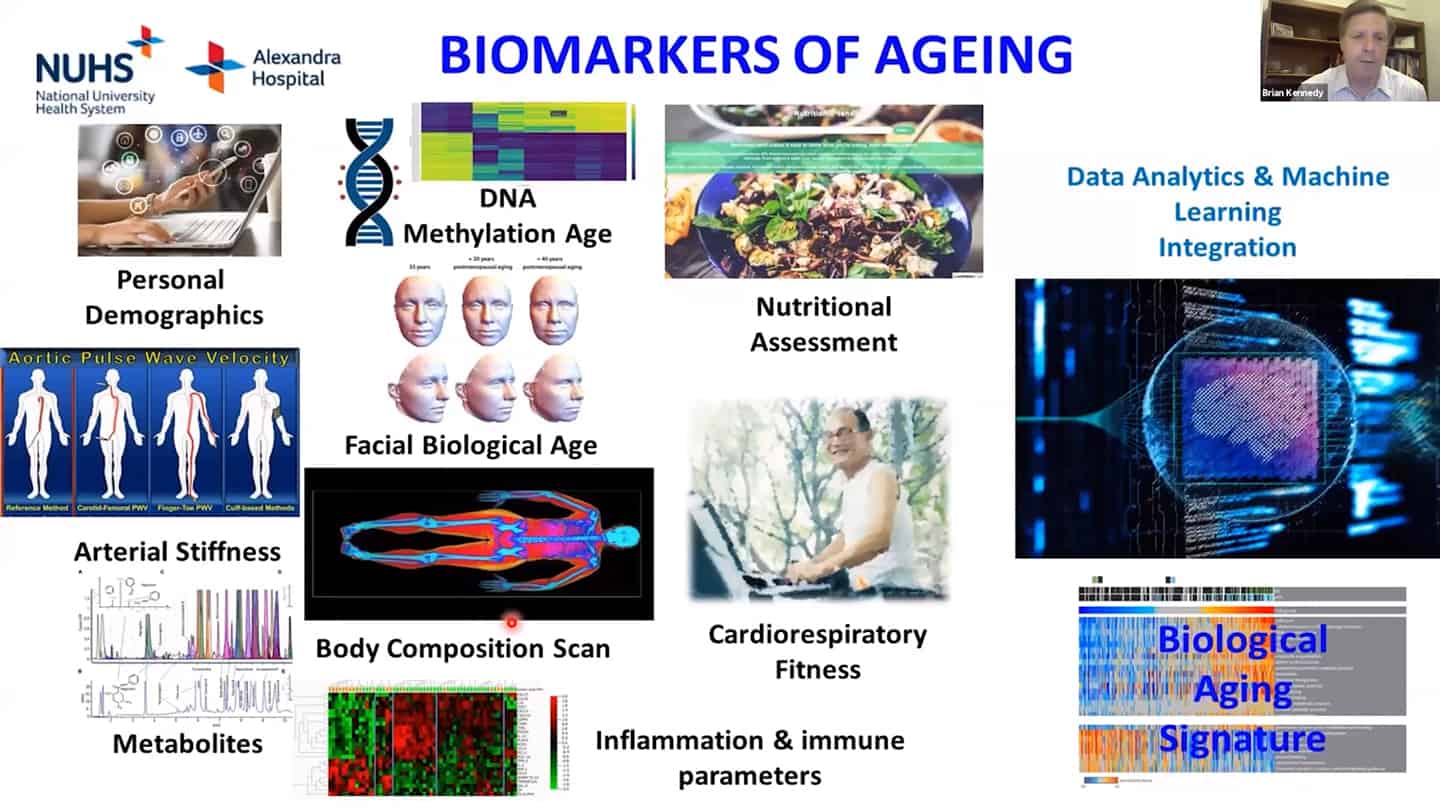 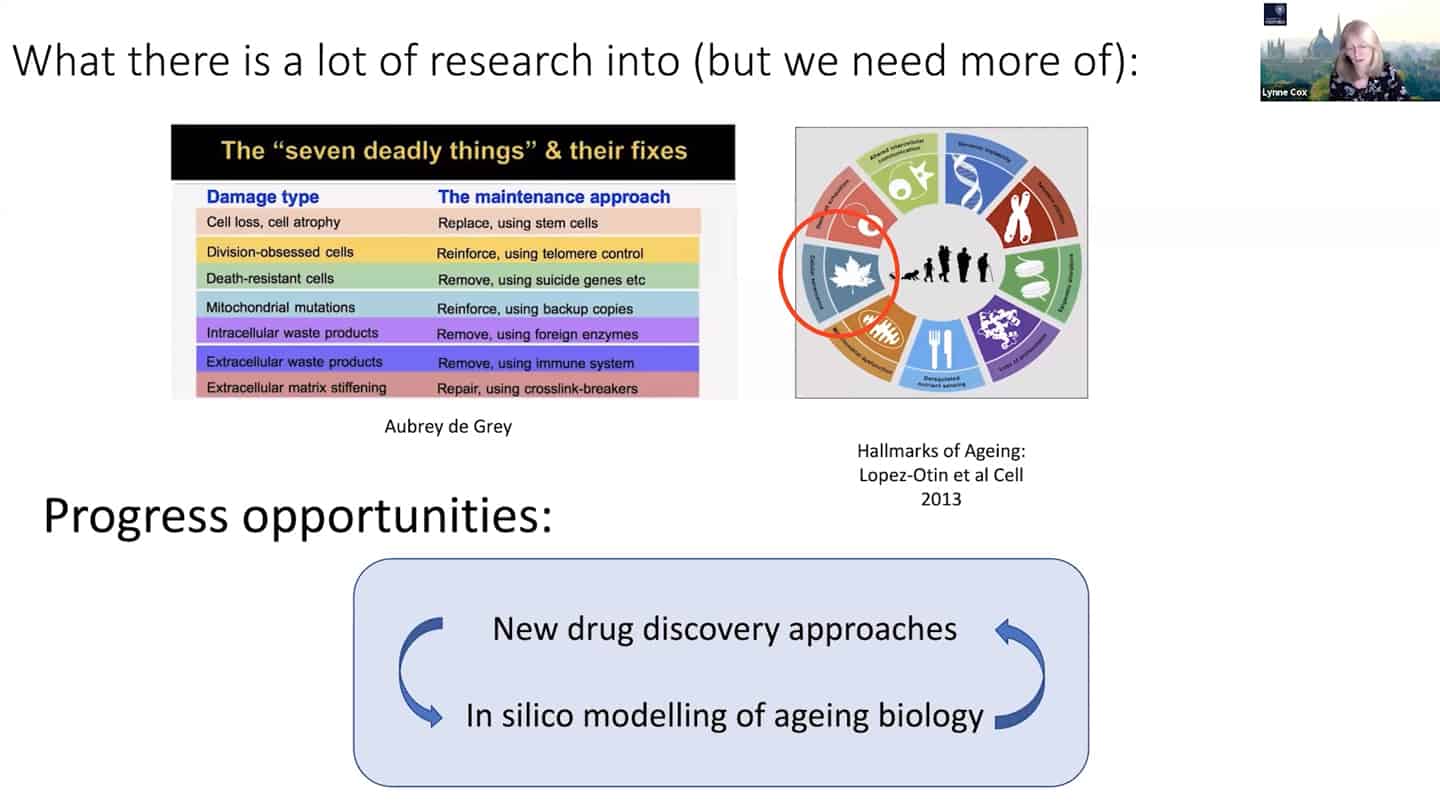 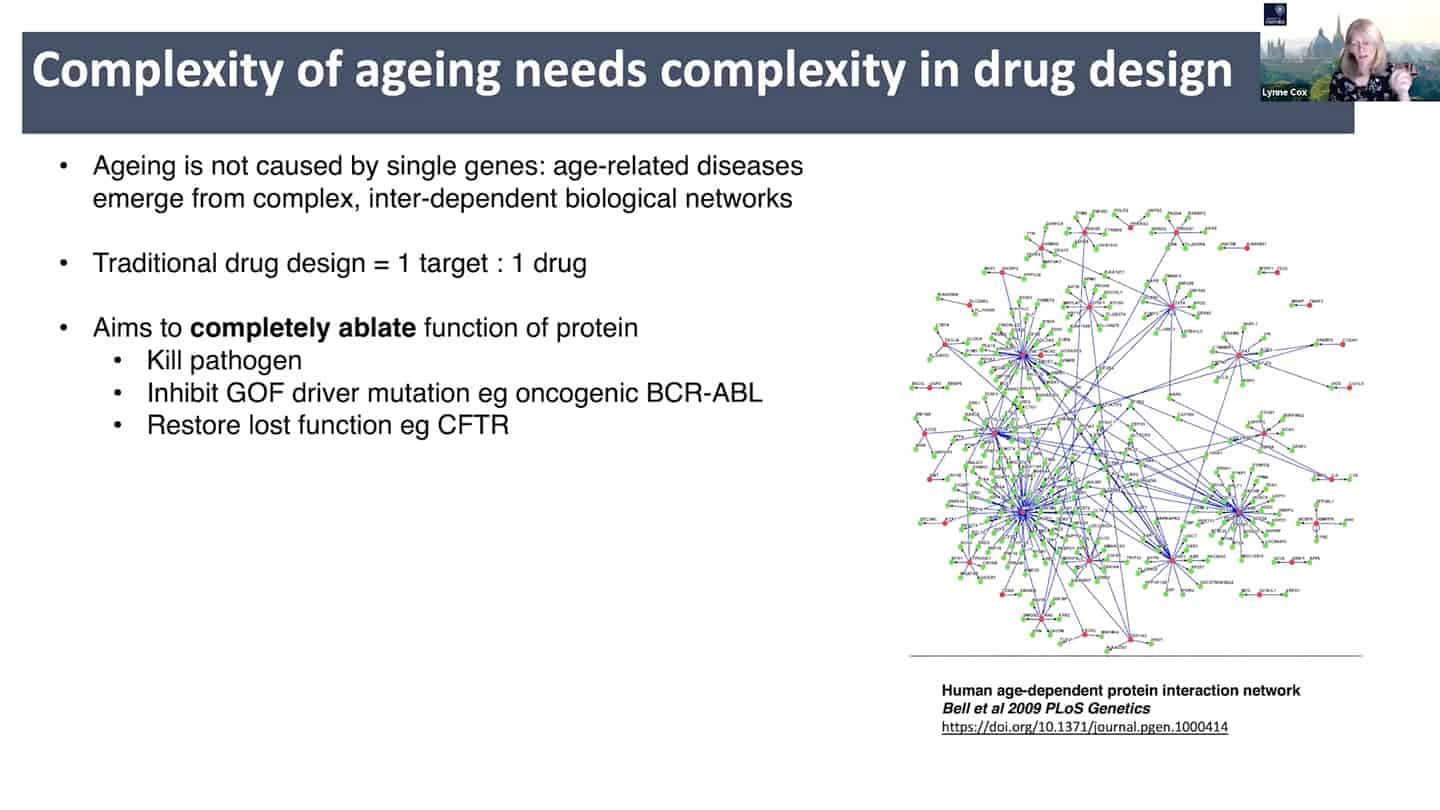 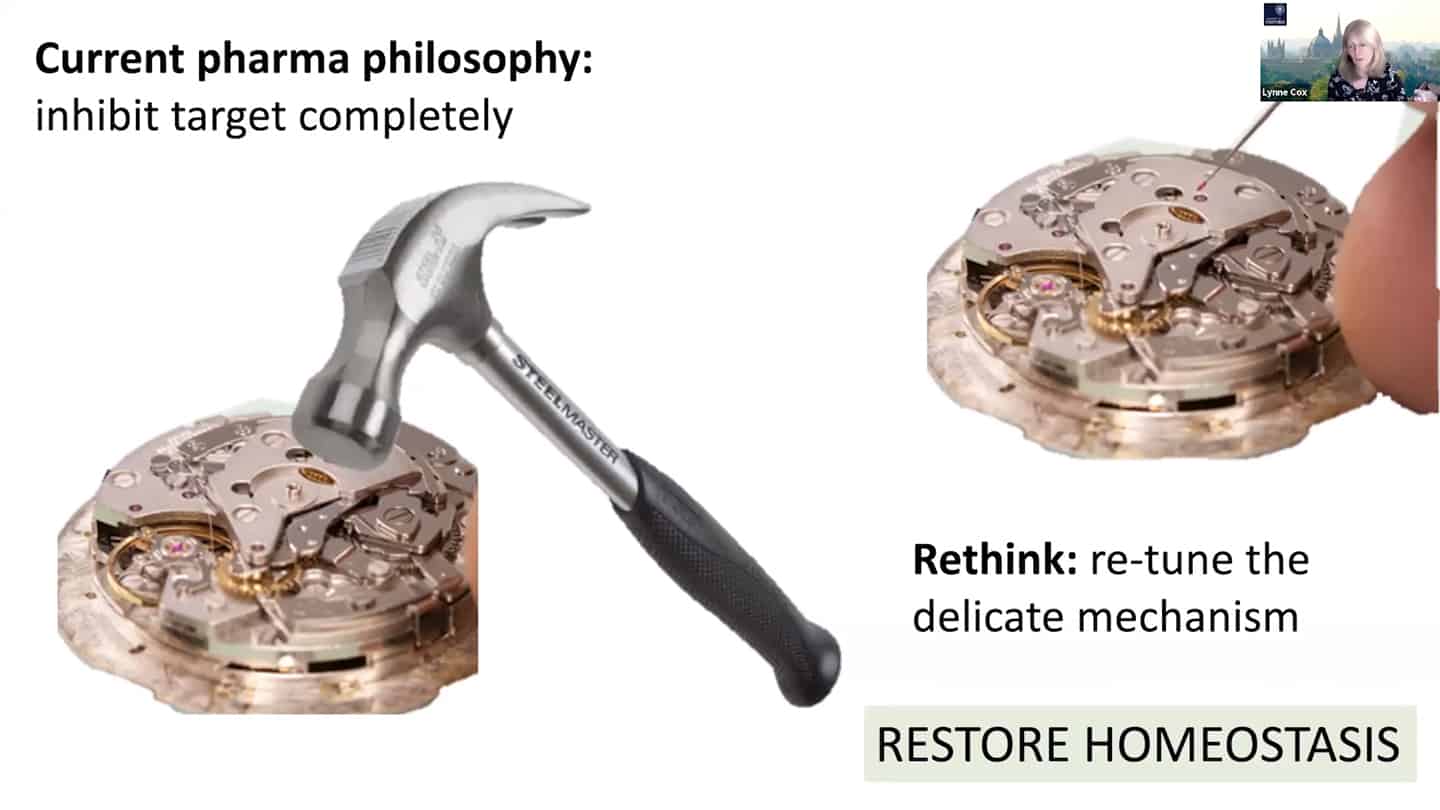 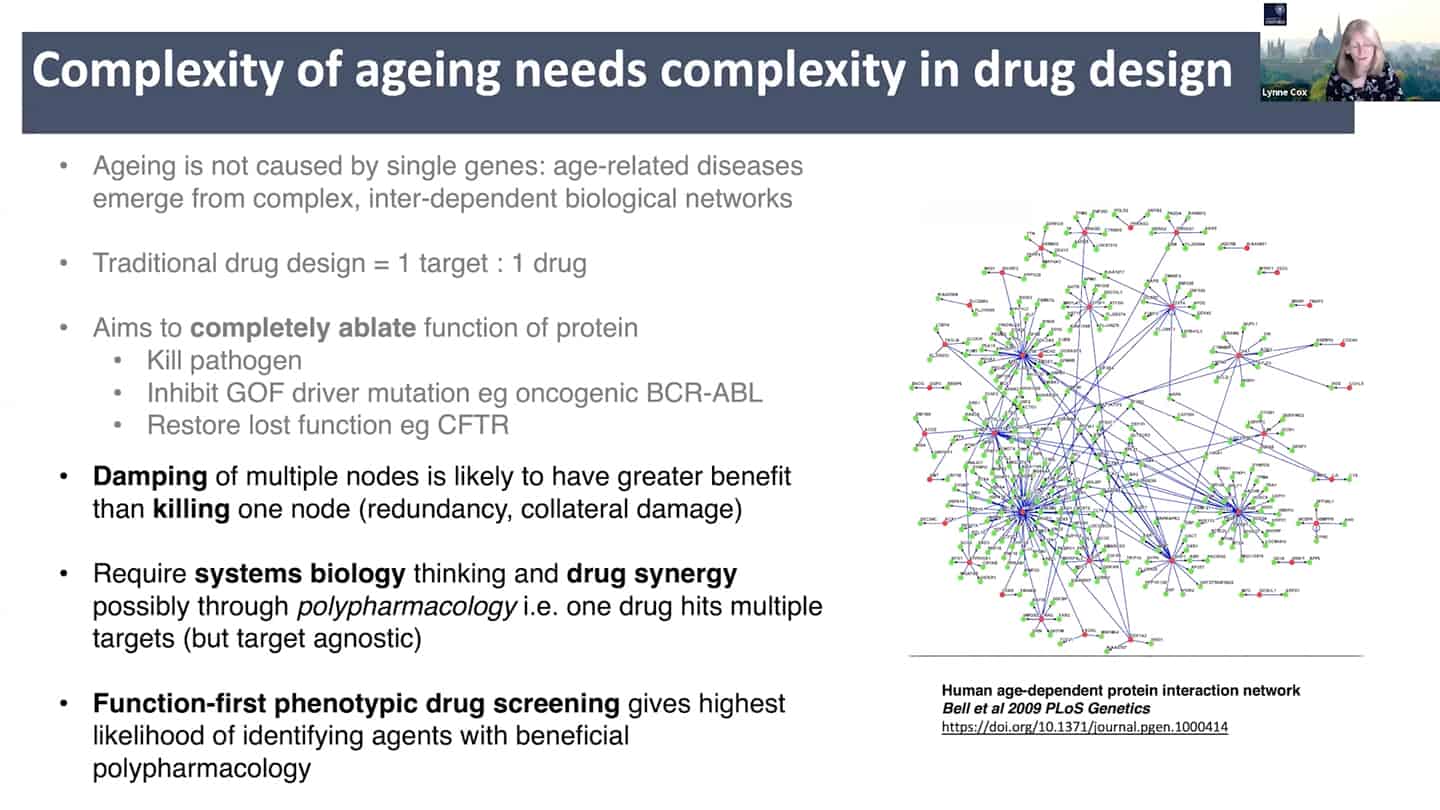 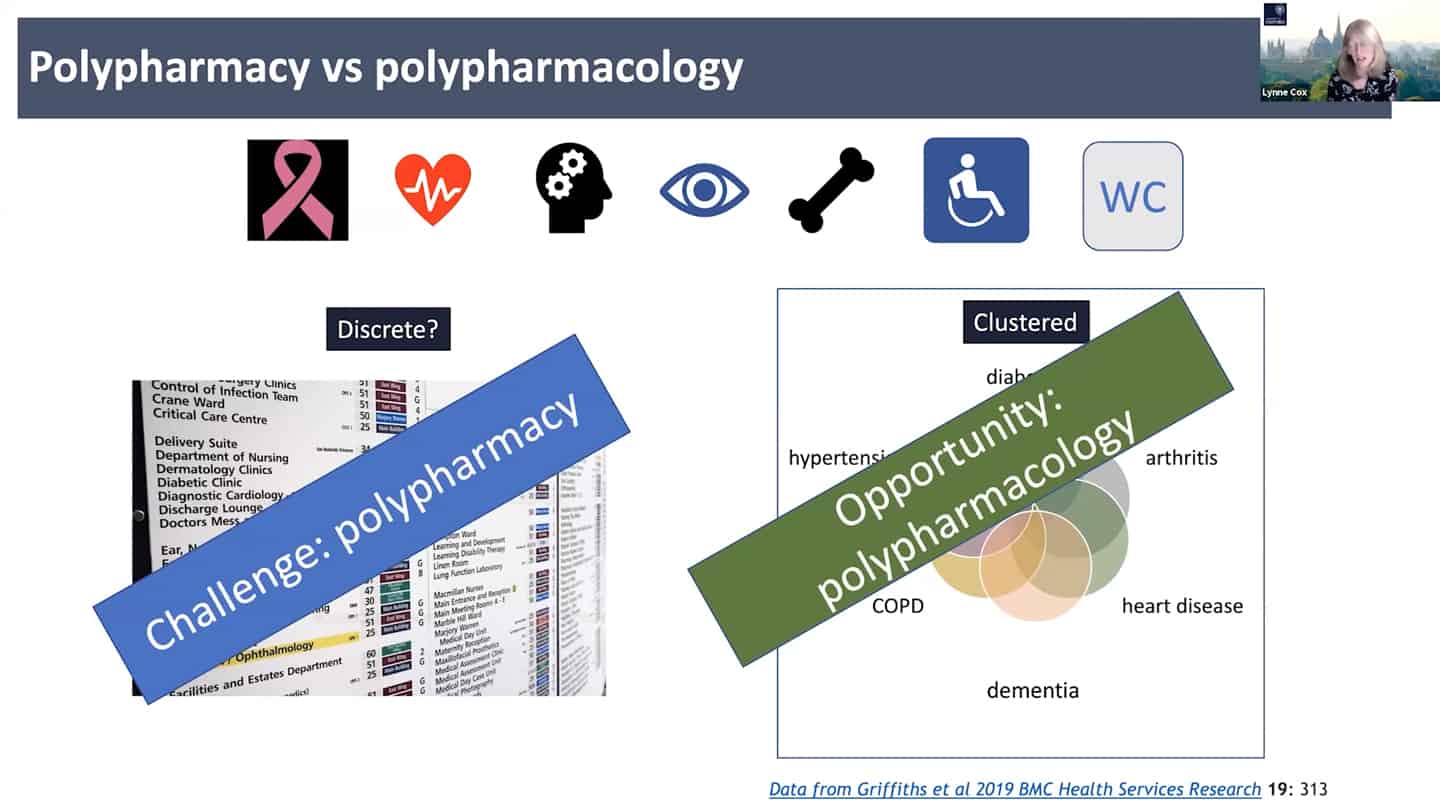 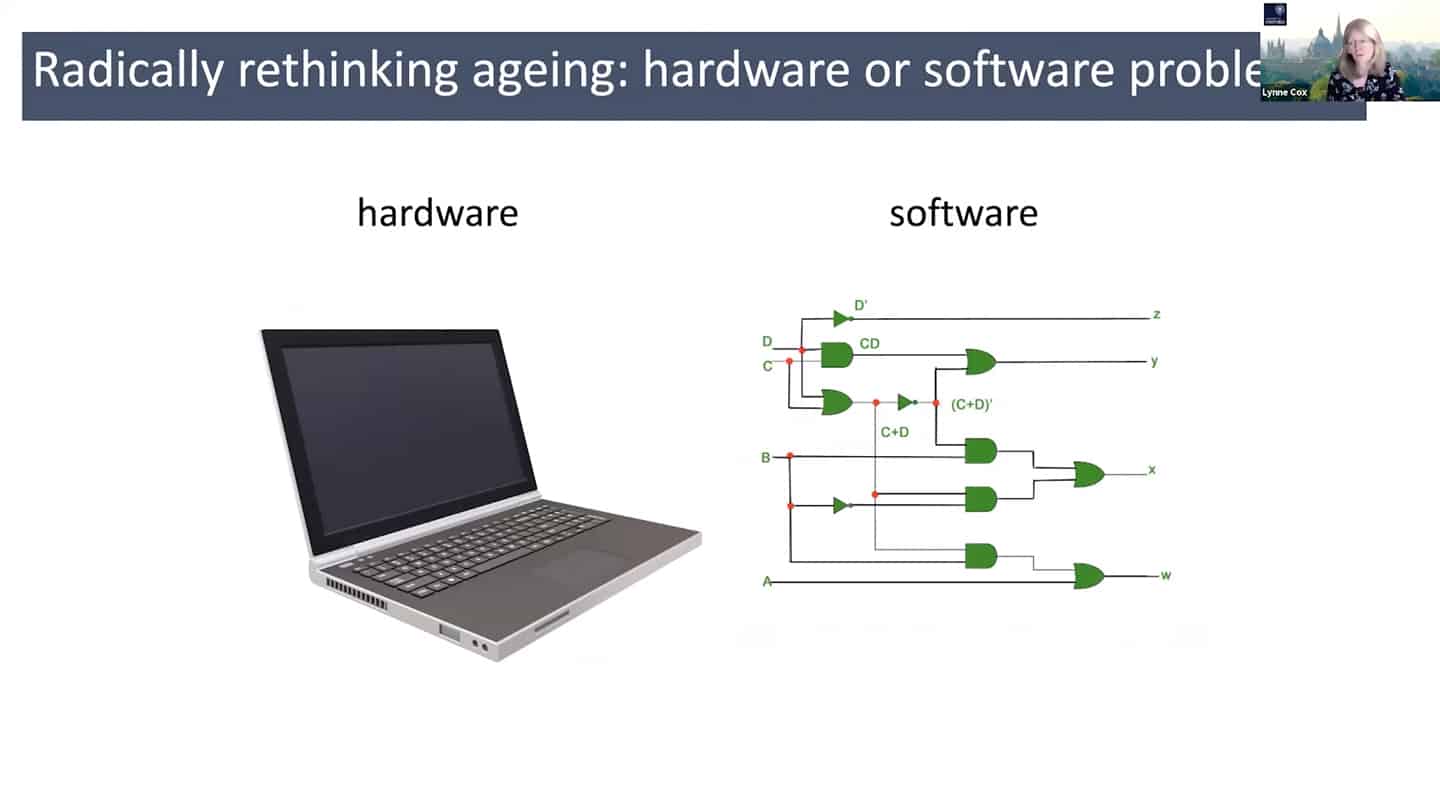 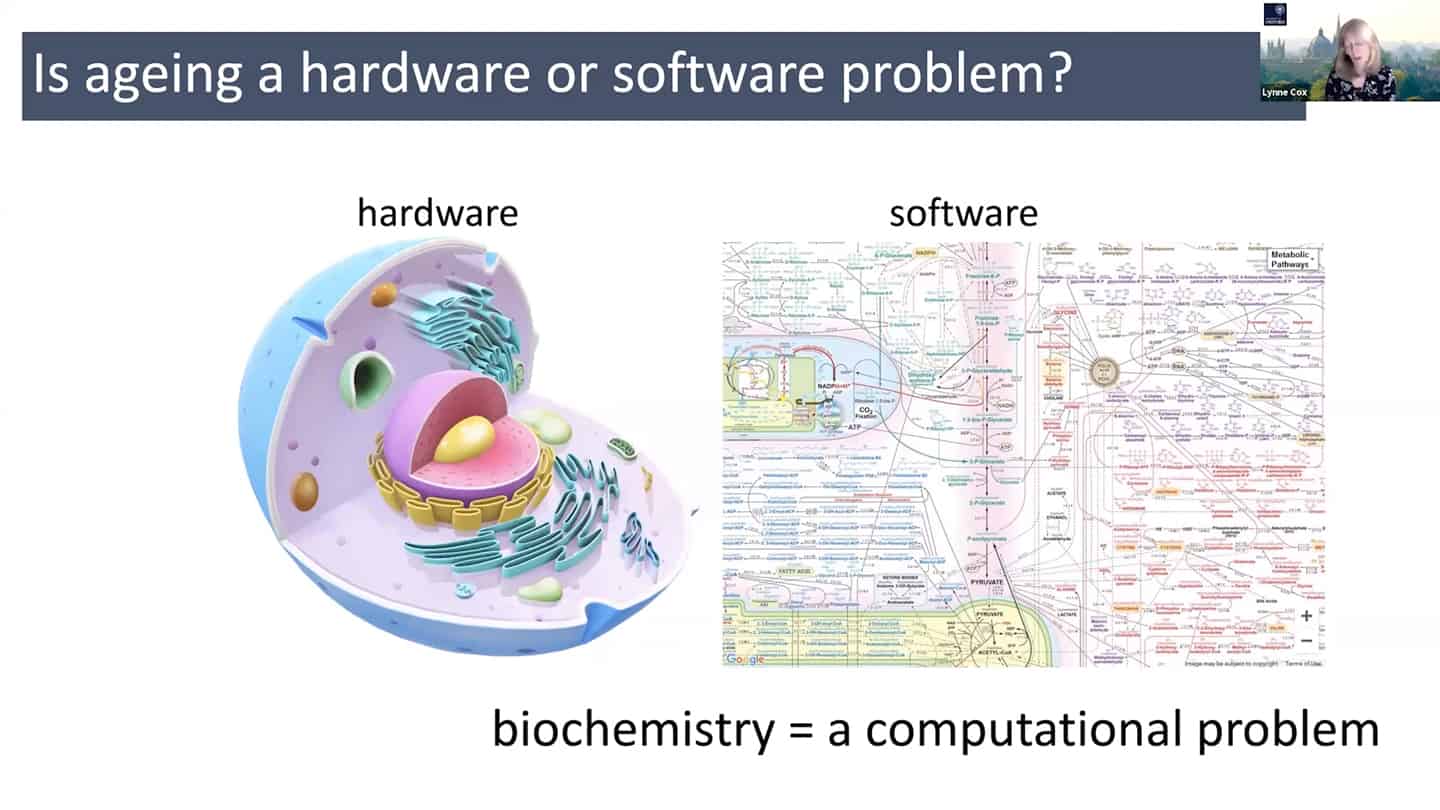 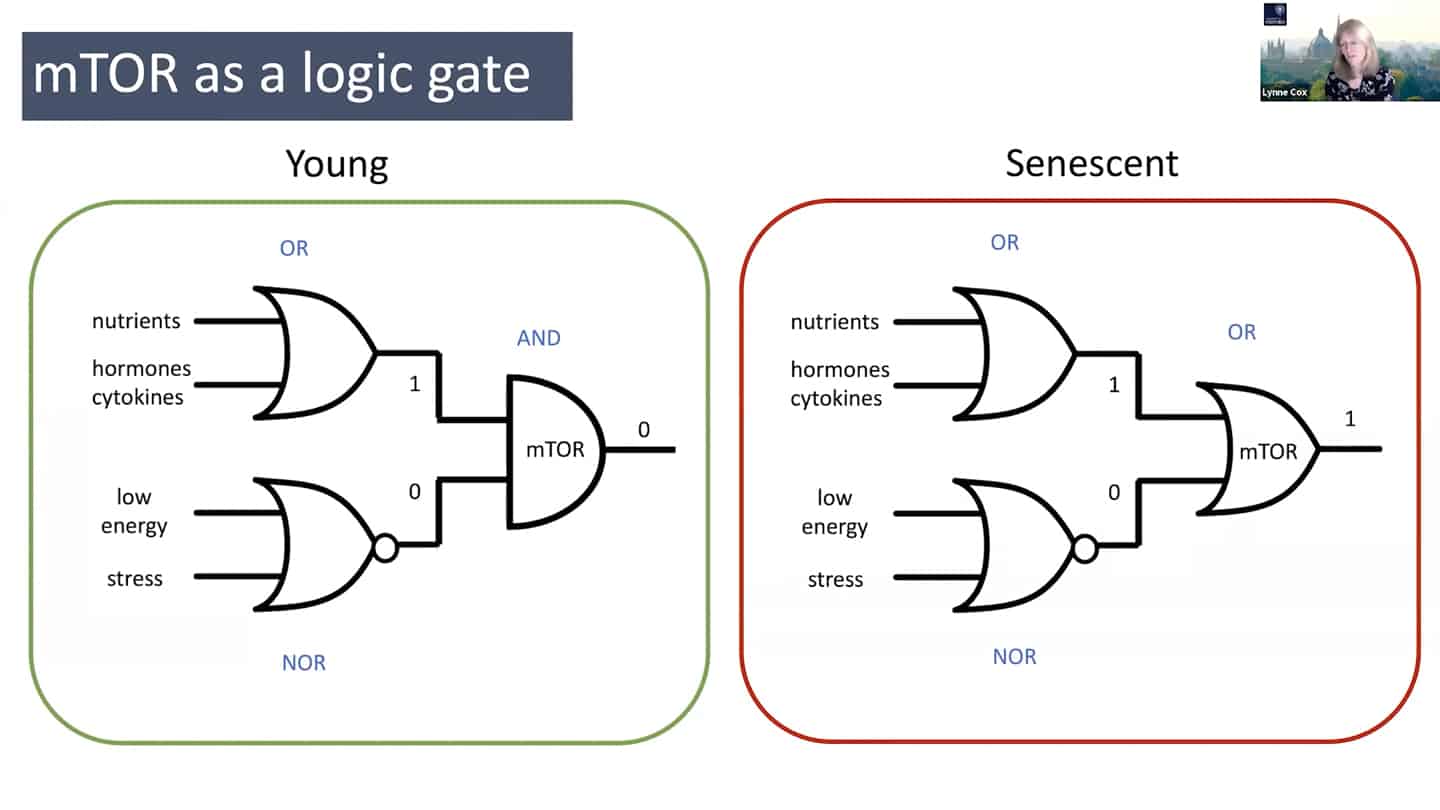 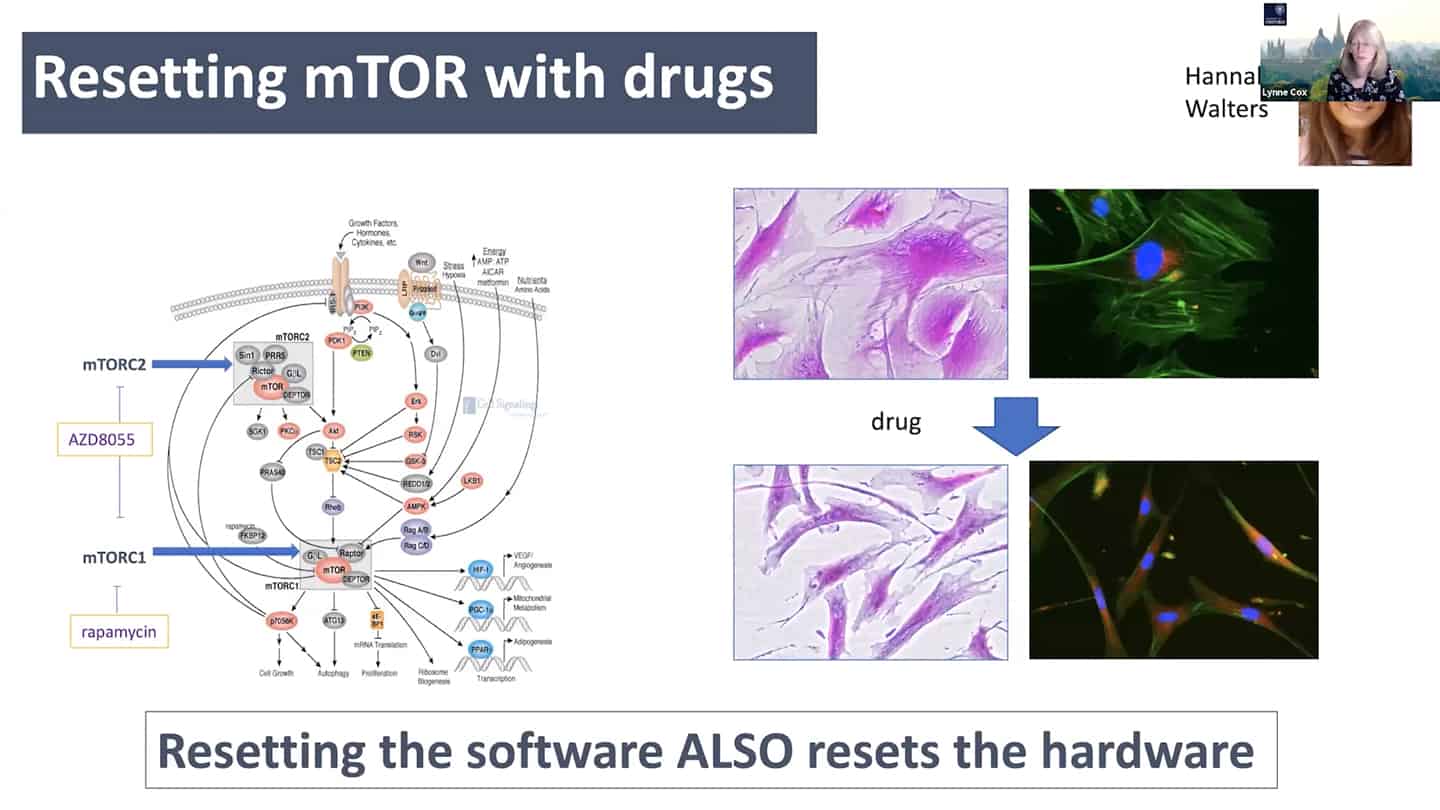 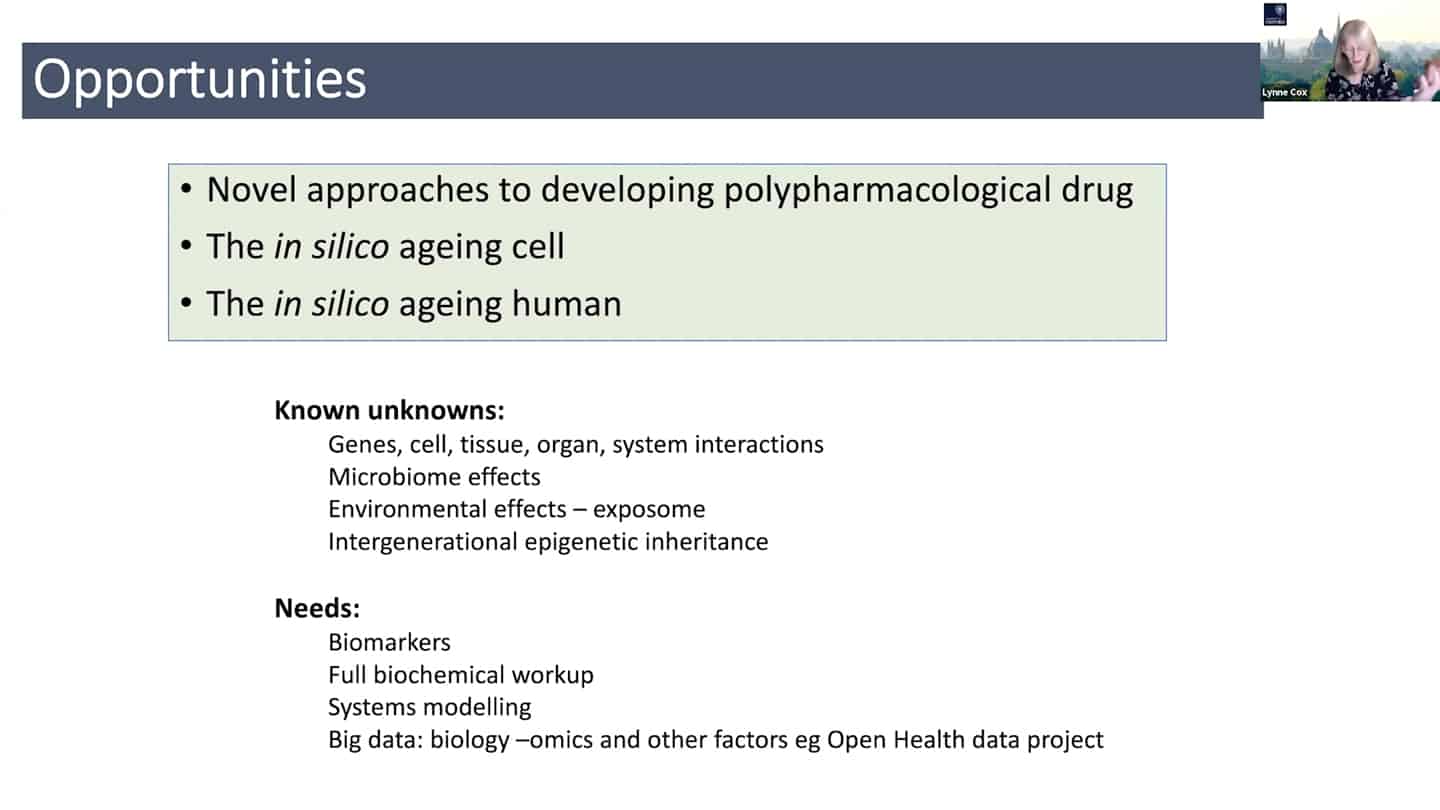 To your knowledge what are best in silico models applicable to what you just said? (e.g. compbiomed.eu, Karr lab, Ideker lab,…)

Are there areas where systems pharmacology is limited by tools, either for characterization of experimental intervention? That’s one way how science progresses – basic scientists say this is a known unknown, and something we would like to be able to measure or experimentally intervene, we can’t do it now, and then ask people in physical sciences or engineering to develop a tool with a set of performance characteristics.

Biomarkers and how to move them to the clinic

Collecting samples from humans is impractical unless it’s blood, what are some other sample modalities?

What should government funded research be doing with future centenarians to track them now? What does Nir Barzilai wish he would have done before starting the original study on centenarians with current tools?

Do methylome clocks on the offspring of supercentenarians look better than the age matched controls?

Do supercentenarians have a shared mechanism or are there multiple mechanisms how to get there?