Optical tweezers are beads suspended by an optical trap, with a molecule of interest suspended between them.  Atomic Force Microscopy bounces a laser off of a cantilever attached to the target molecule.  As it pulls the molecule apart, the resulting expansion can be measured. AFM measures rupture force, rupture distance, and flexibility of the molecule.

Proteins are complex organic molecules which often are folded up into elaborate structures.  Using optical tweezers and atomic force microscopy to measure proteins can help us understand structure and strength by unfolding specific portions of the molecule one at a time.  Sluysmans lab has measured polybenzyl glutamate in dioxane using AFM, and were able to differentiate between three different structural motifs of the alpha helix.  Proteins, DNA, and biological machines can be probed this way.

Sluysman also investigates polymer mechanics, covalent bond creation, and artificial machines.  AFM can be used to measure work loads by single molecule machines such as polyazobenzene.  It can also be used to measure mechanical rupture of covalent bonds or probe noncovalent interactions within a single molecule.  Sluysman, while working with Fraser Stoddart, investigated the mechanical rupture of D-A pi interactions.  At a more mechanical level, rotaxanes and oligorotaxanes can be attached to the tip of an AFM to measure work done by a molecular pump/motor.  The latest experiment Sluysman is working on in collaboration with the University of Manchester involves tightening a MeCN molecular knot and measuring the resulting force curves to determine reversability. 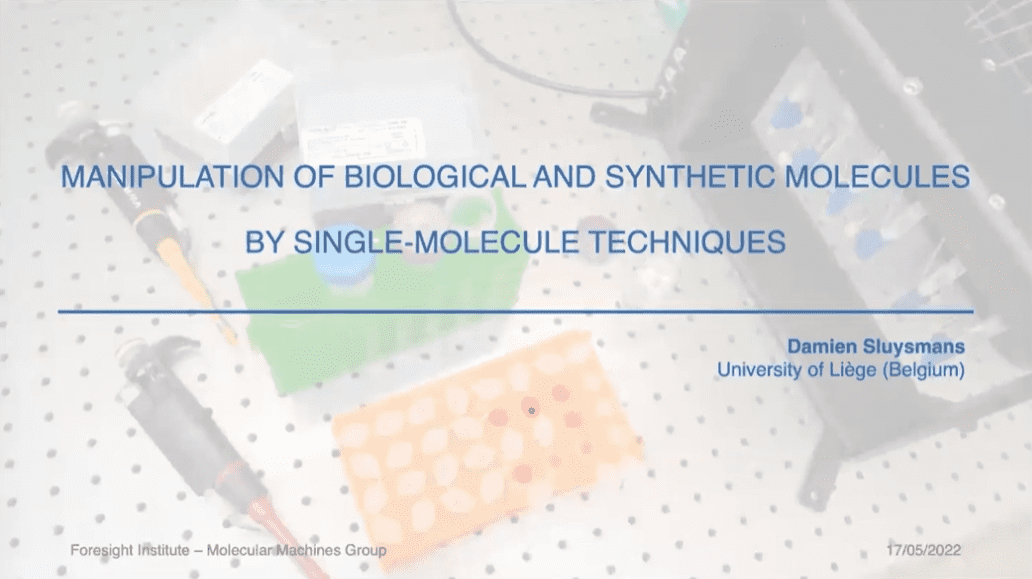 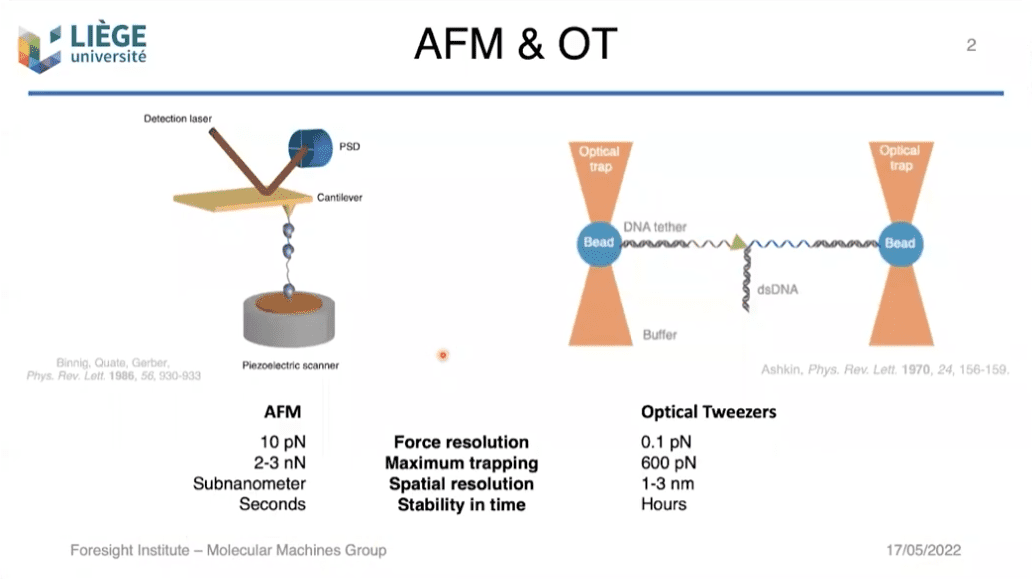 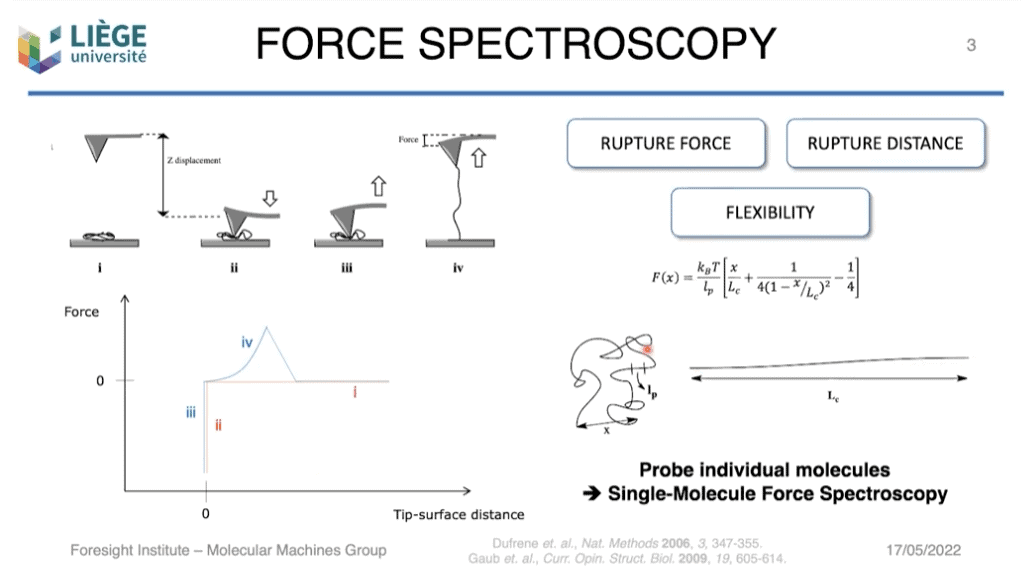 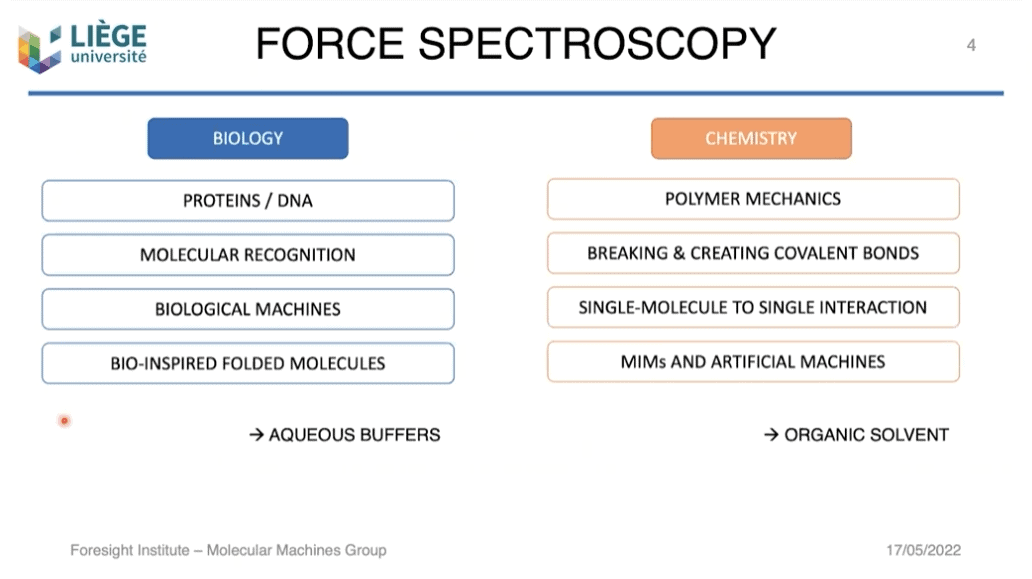 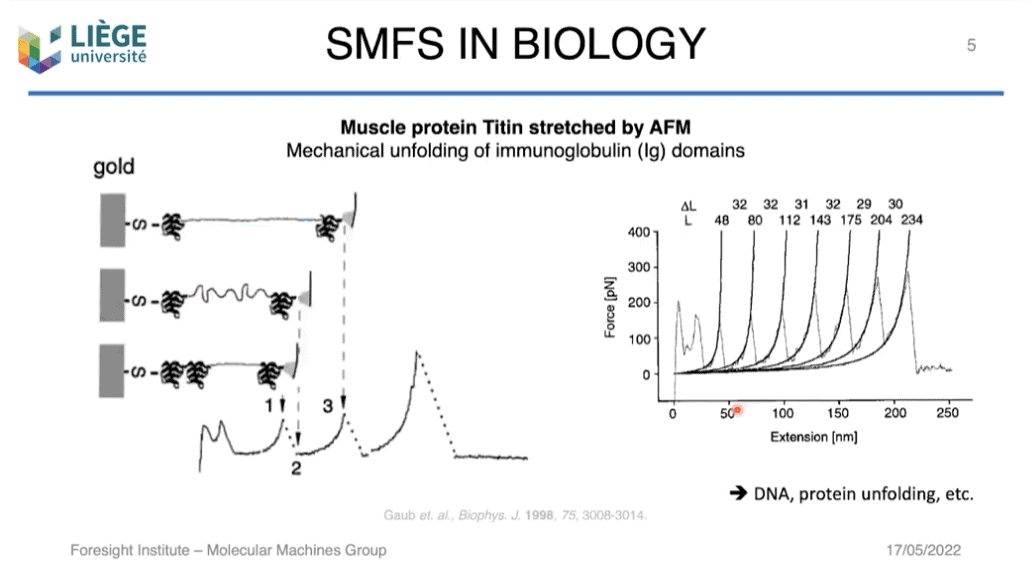 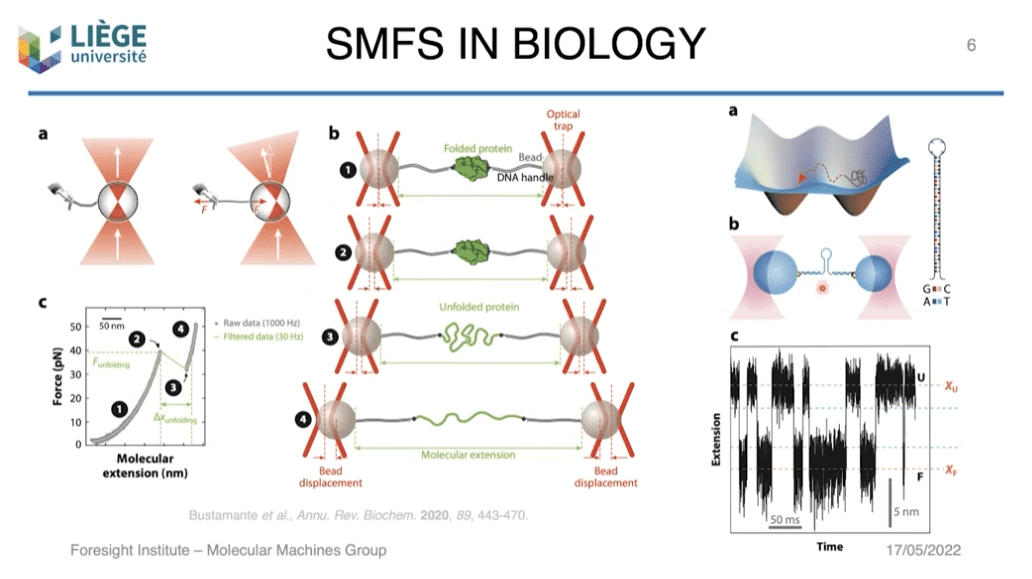 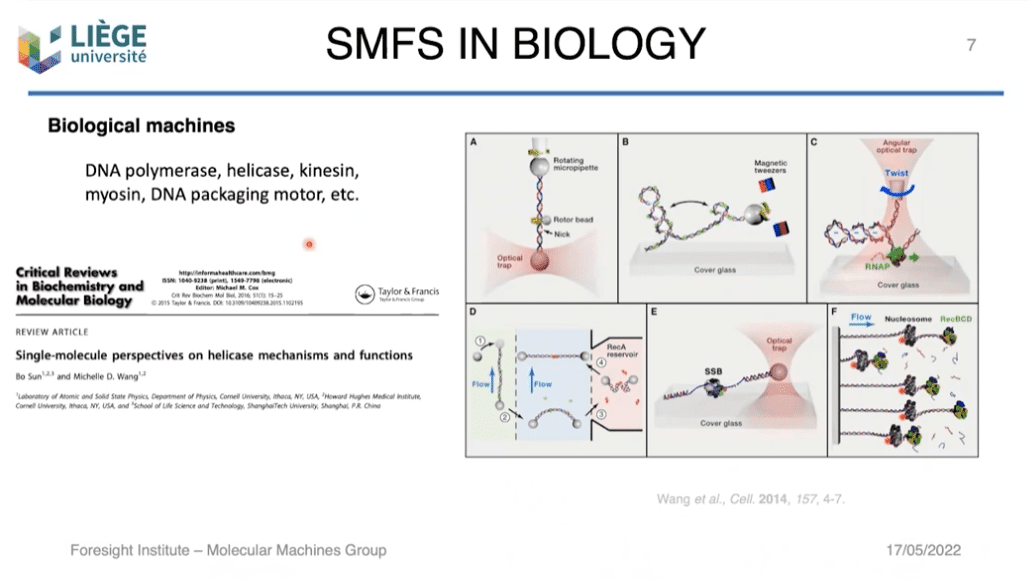 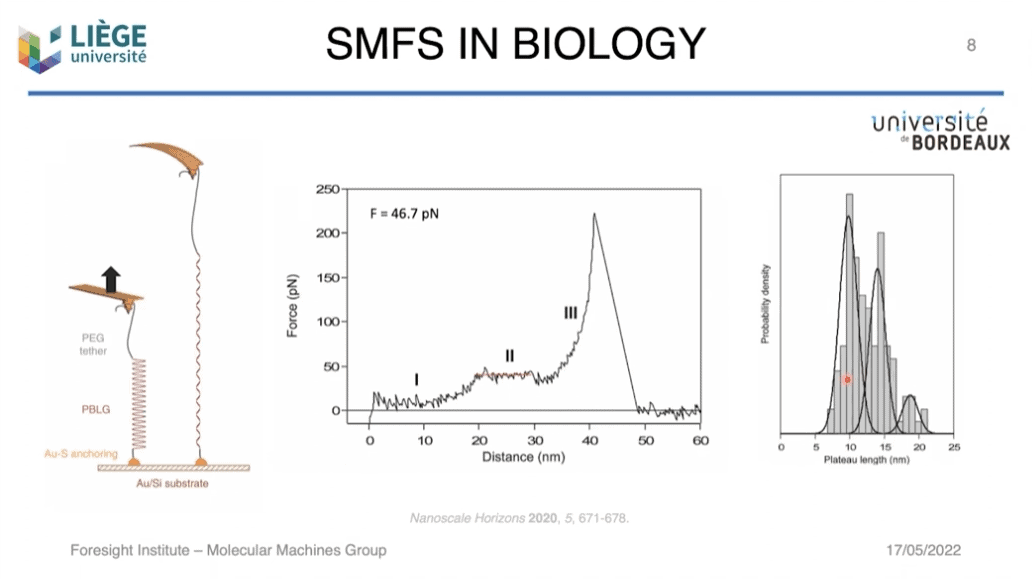 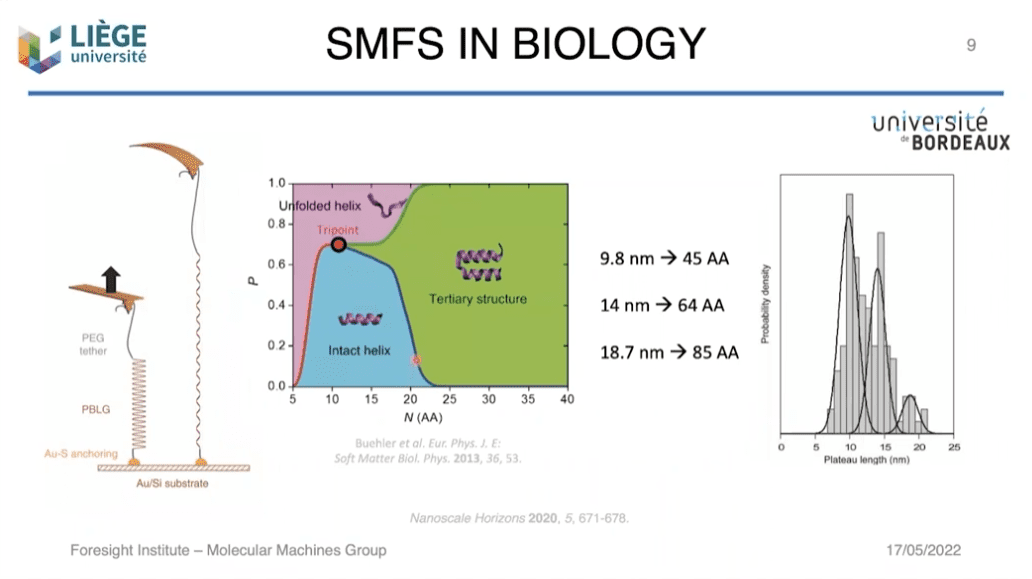 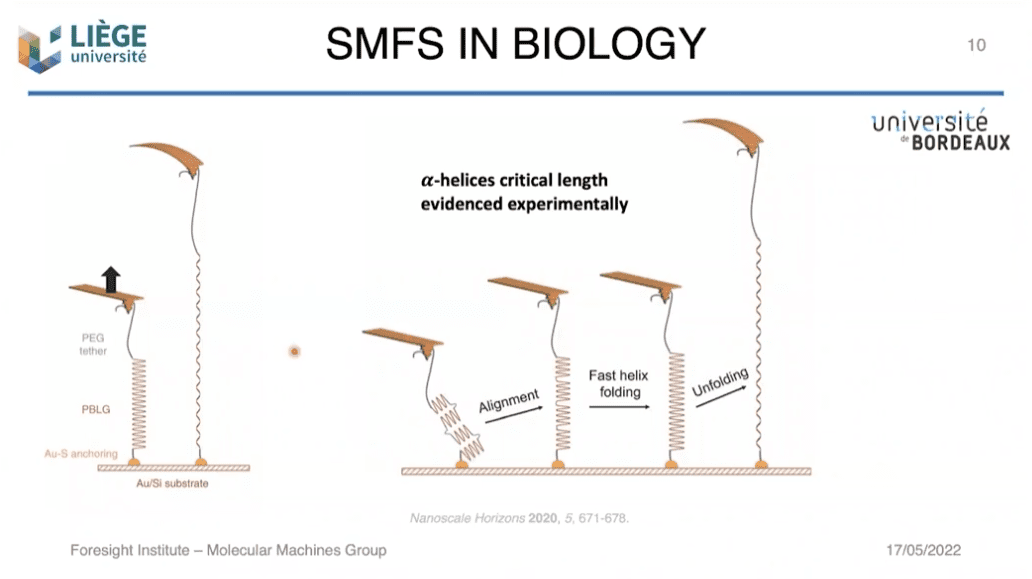 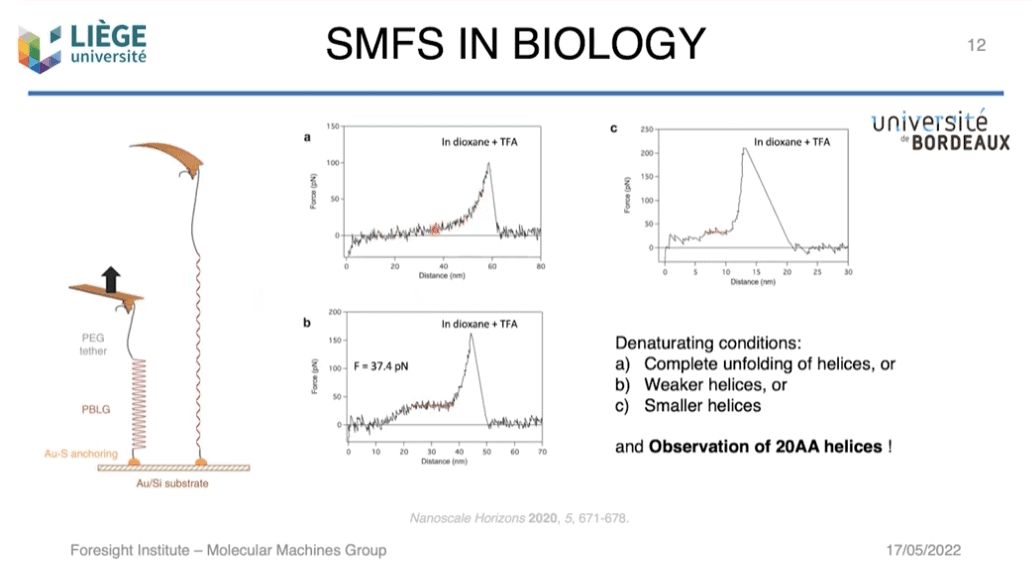 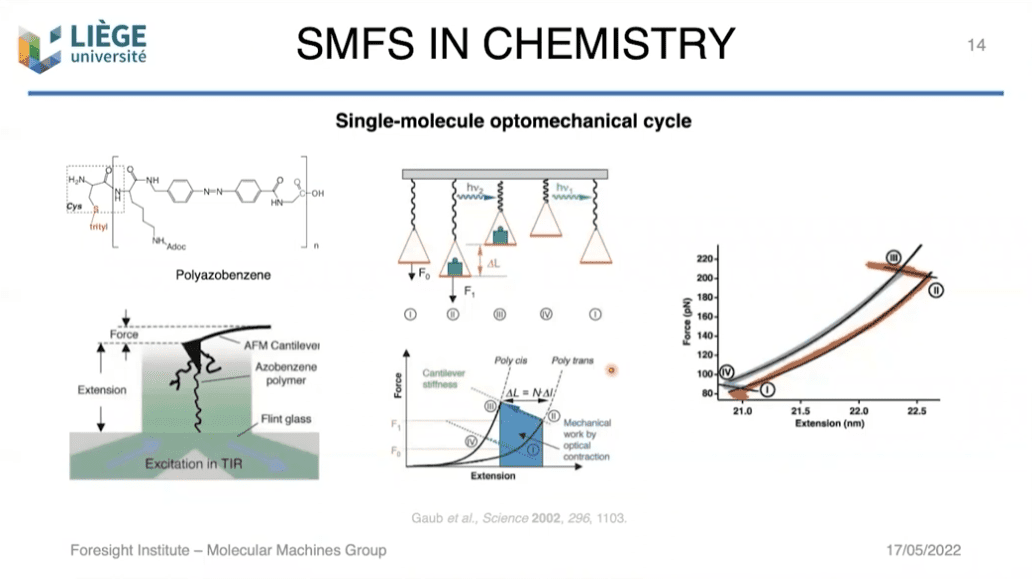 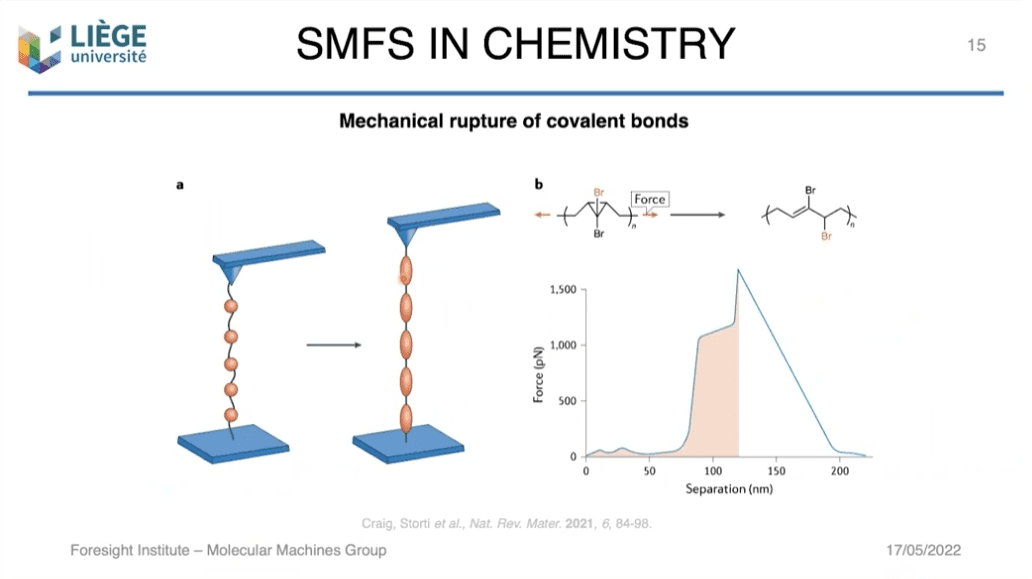 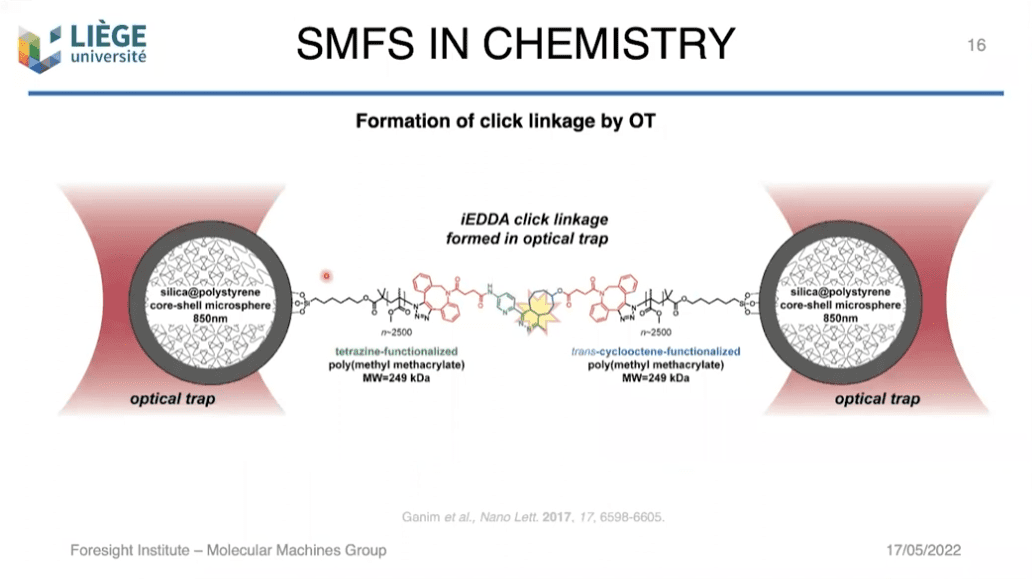 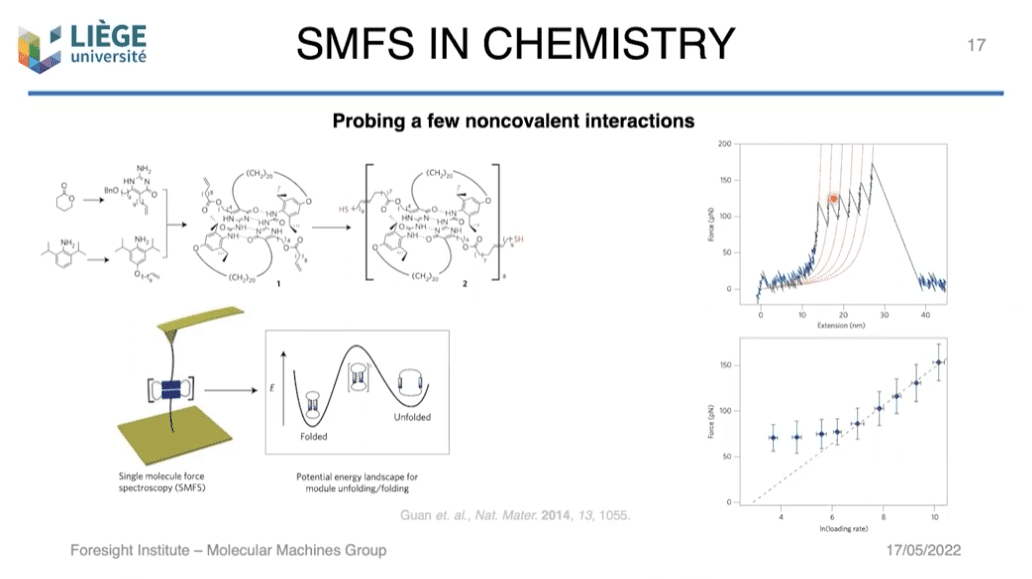 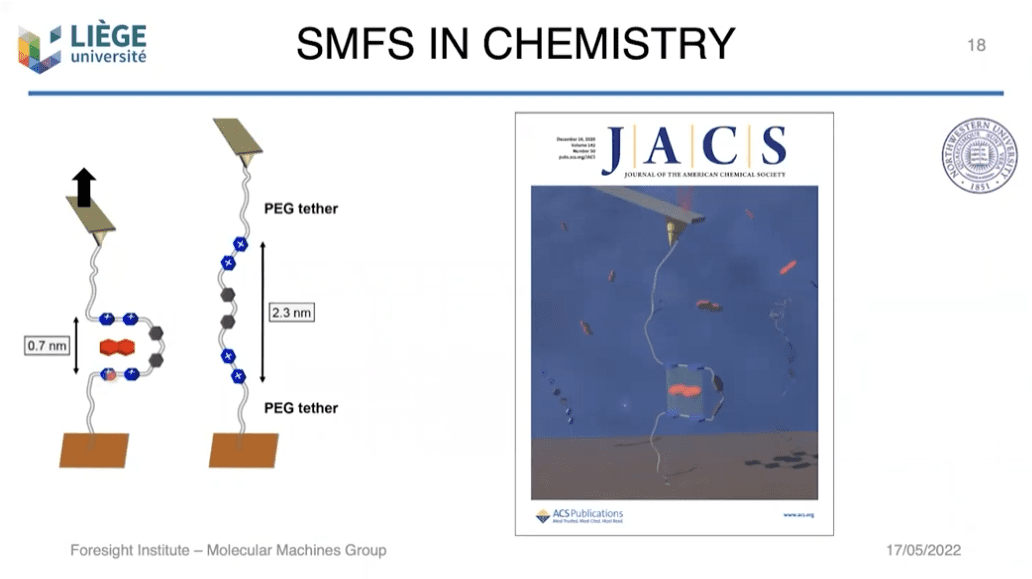 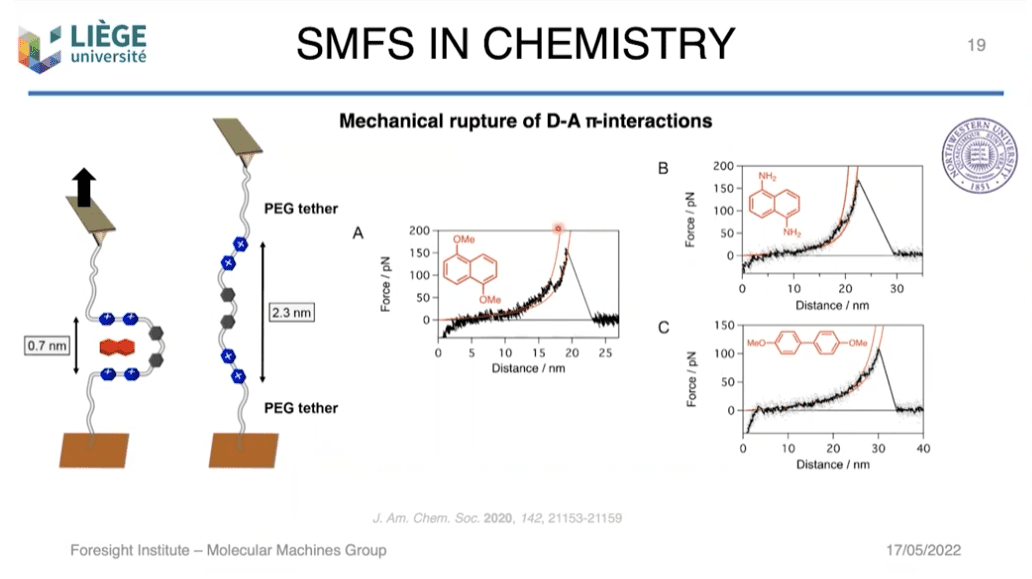 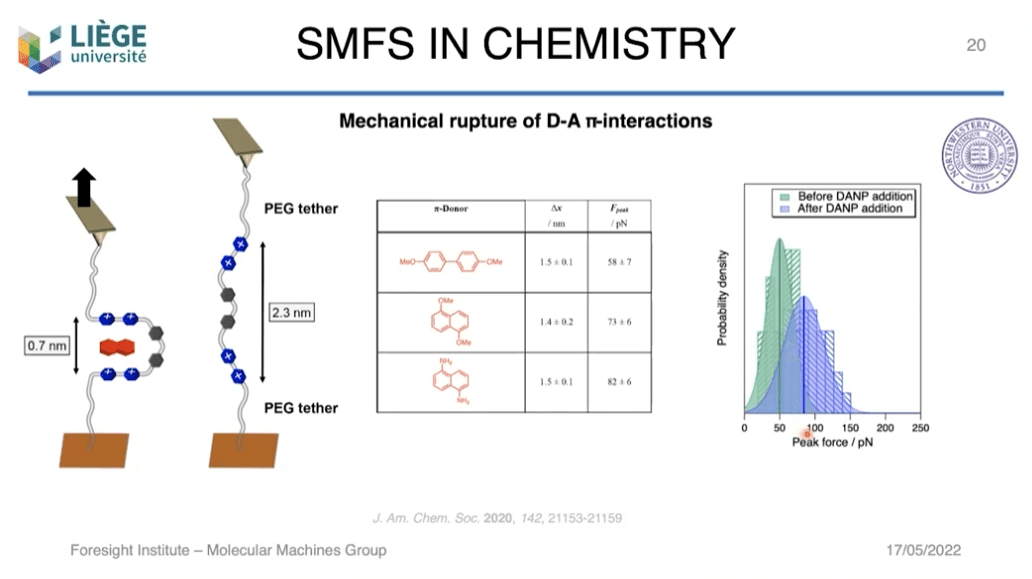 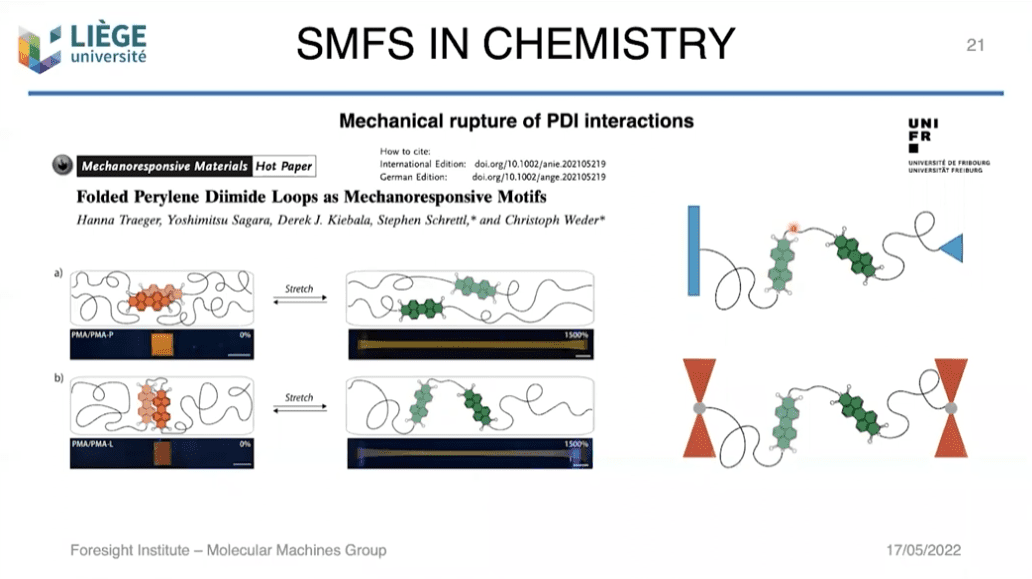 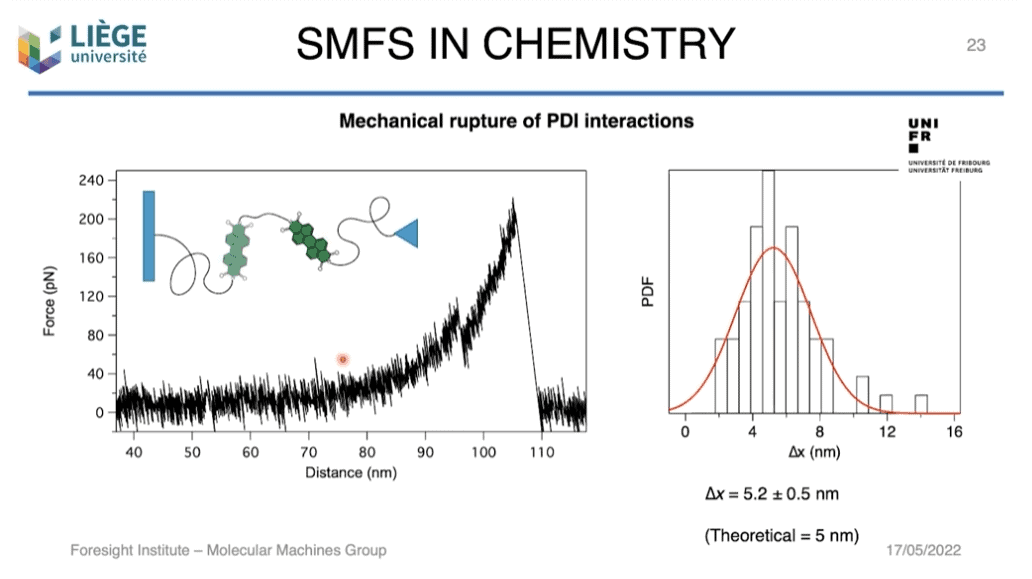 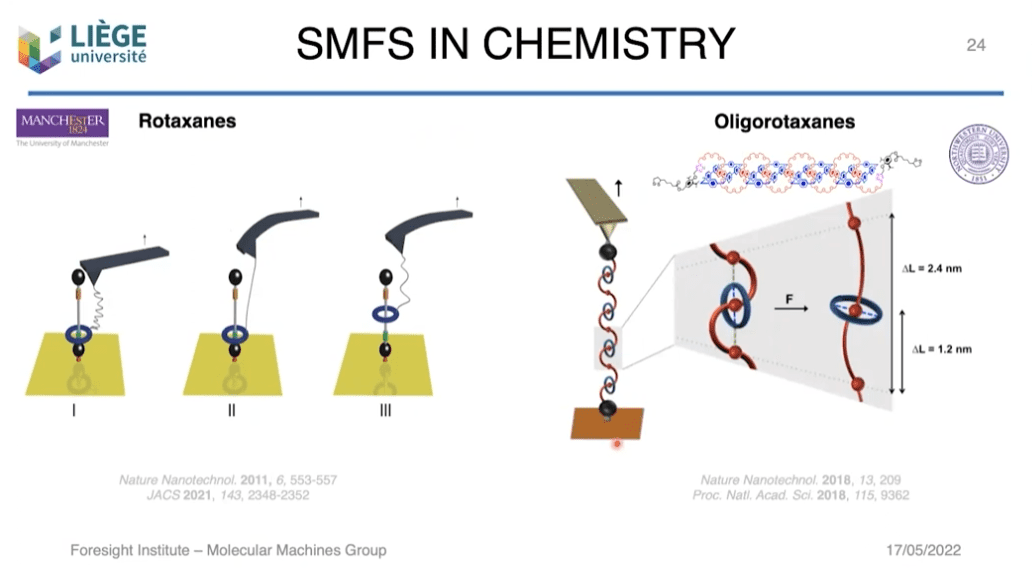 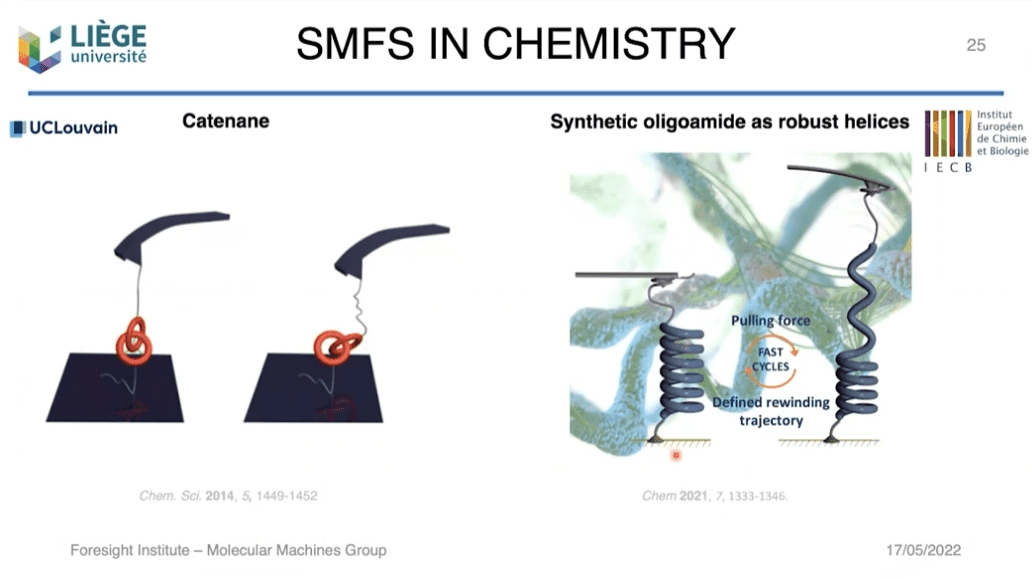 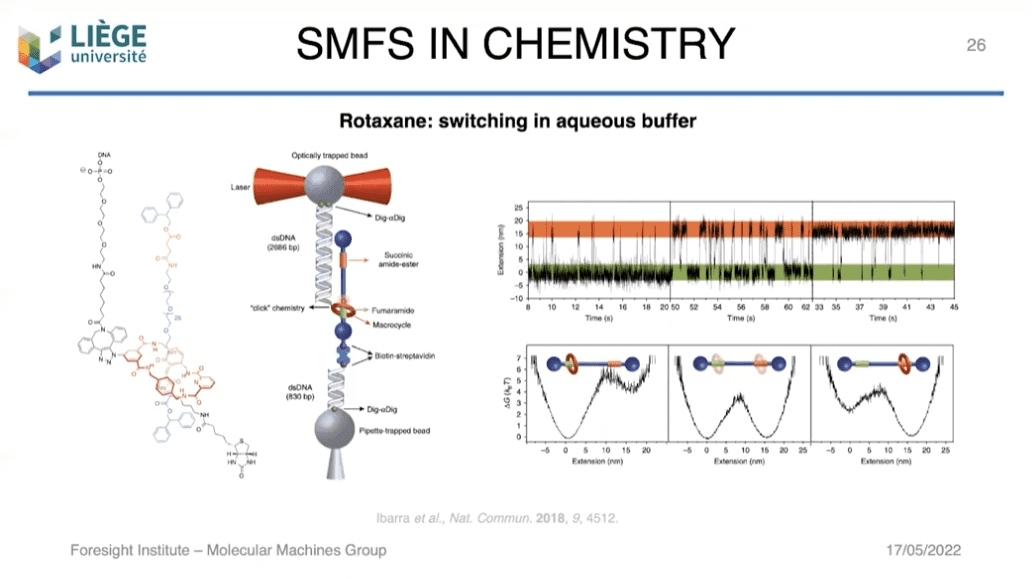 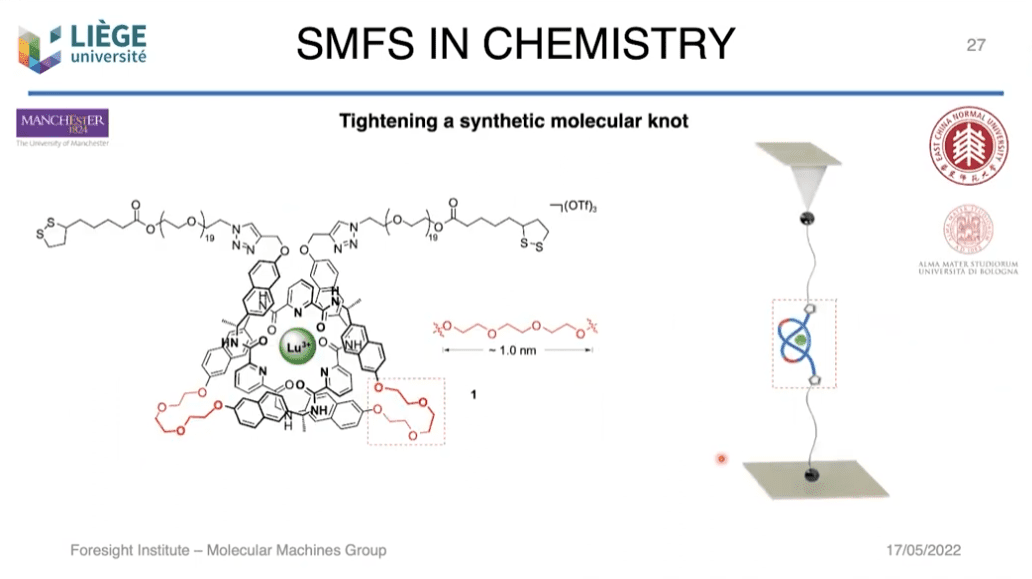 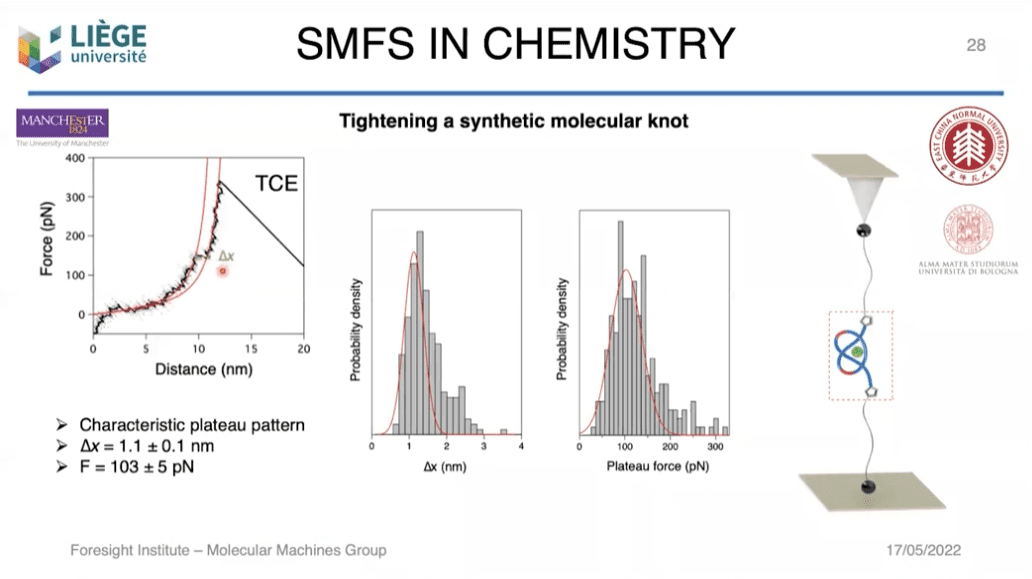 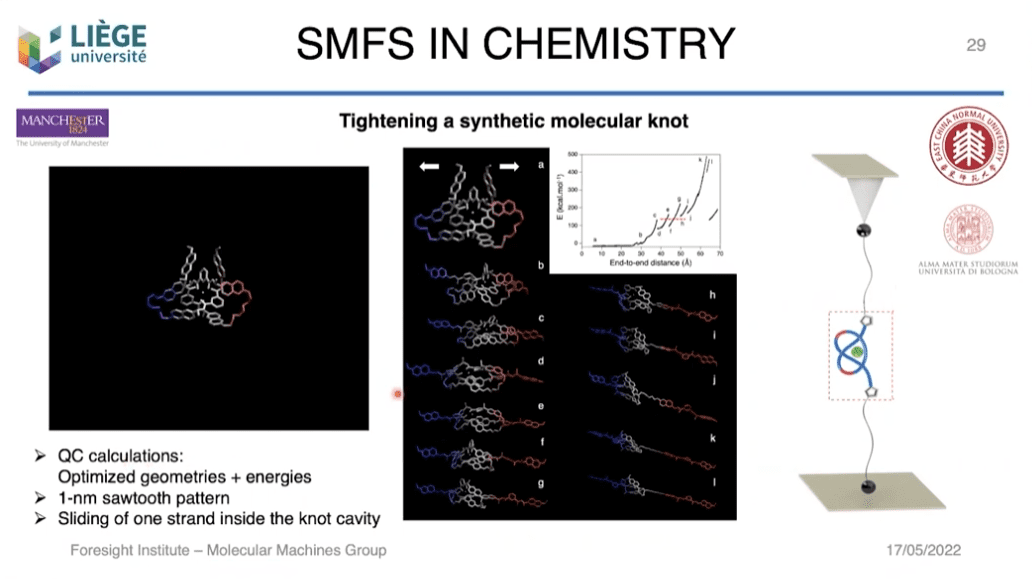 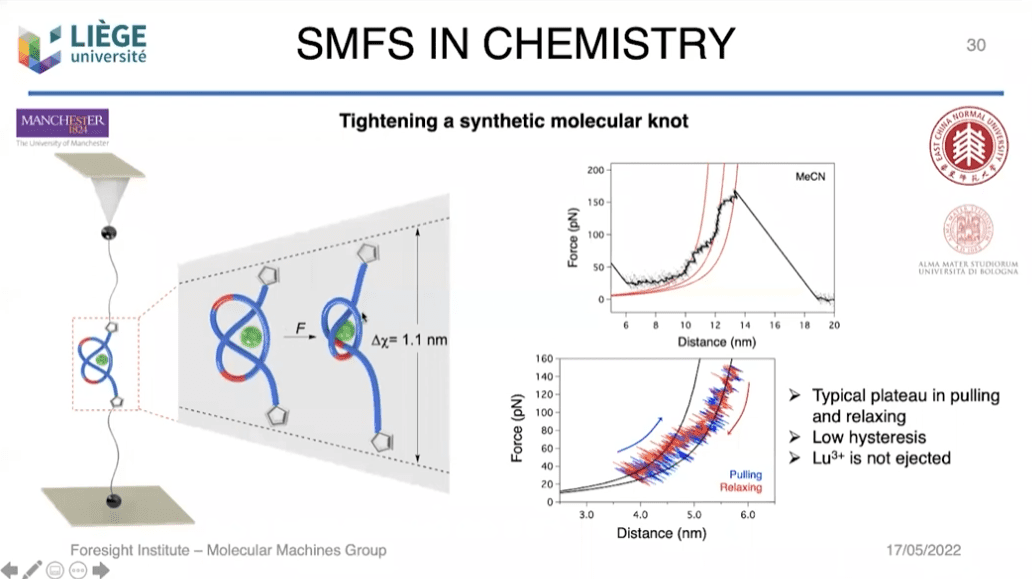 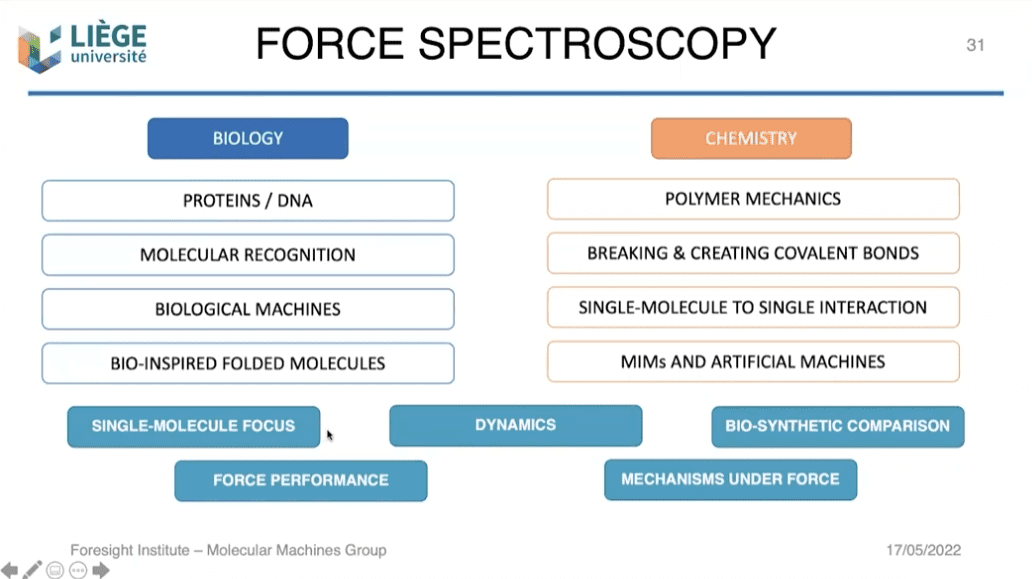 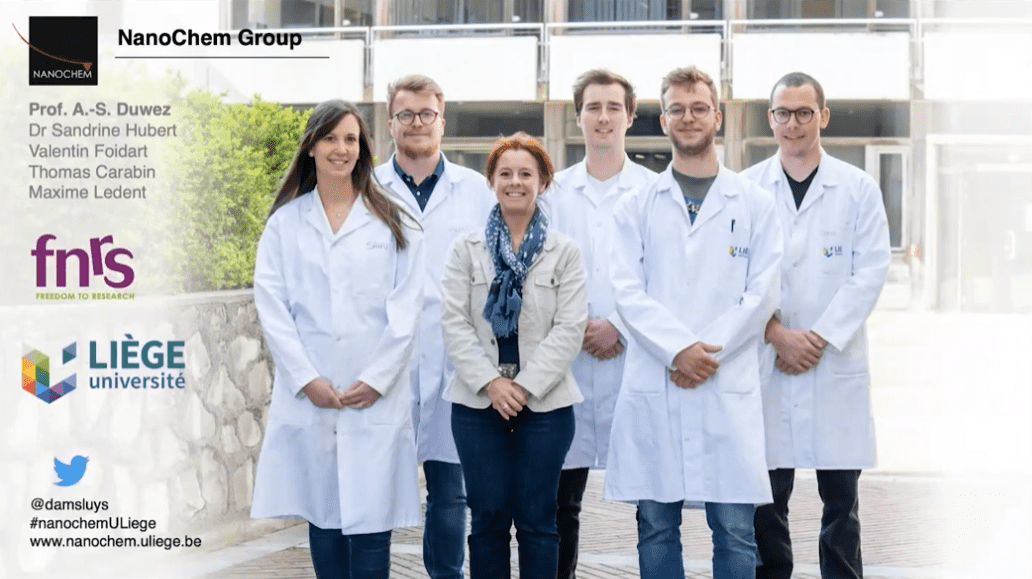