Allen is Principal Architect at Blockstream. A pioneer in internet cryptography, he co-authored TLS Security Standard. He writes a blog on social software, collaboration, trust, security, privacy, and internet tool…

Brian is General Manager for the Open Source Security Foundation. He is also on the boards of the Electronic Frontier Foundation, the Mozilla Foundation, and the Filecoin Foundation. Previously he has served as CTO at a number of early open technology startups, served as an advisor to the White House’s Office of Science and Technology Policy, and as CTO at the World Economic Forum…

Alan Karp currently looking for opportunities to build The Global Computer, an environment in which you don’t have to be aware of the boundaries between machines. No matter what device you use, your stuff is available no matter where it is. He was a principled architect at EARTH Computing. He designed a platform to make buying enterprise services nearly as simple as installing an app on your smart phone. He also led the Virus Safe Computing Initiative at Hewlett Packard Laboratories. You can learn more about what he’s done from the talk he gave at Google…

There’s a problem with thankless jobs maintaining internet security and infrastructure, which create weak spots at various chokepoints.  Chris has spent the last 6 to 7 years identifying what those spots are, and has helped pioneer the concept of self-sovereign identity.  He authored 10 principles of self-sovereign identity and hosted Rebooting the Web of Trust, a workshop for collaboration to build web tooling.

Chris likes to see things beyond just a whitepaper and code, but there have been some huge advances in zero knowledge proofs that could be utterly transformational for the industry.  In particular, there’s a method for collaborative key generation called Frost which seems to be maturing.  It creates a homomorphic key that does not exist on a machine which prevents a single point of failure.

These tools are open source, and are supported on Github via donations.

The way law works under property doesn’t work well with the digital world.  Chris has discovered some other principles around law which does not require proof of harm but rather works on violation of authority.  It has been codified under Wyoming law as a definition of digital identity, with a set of duties assigned to self-sovereign status.  Other sovereign entities – such as Indian nations – seem to be interested as well. 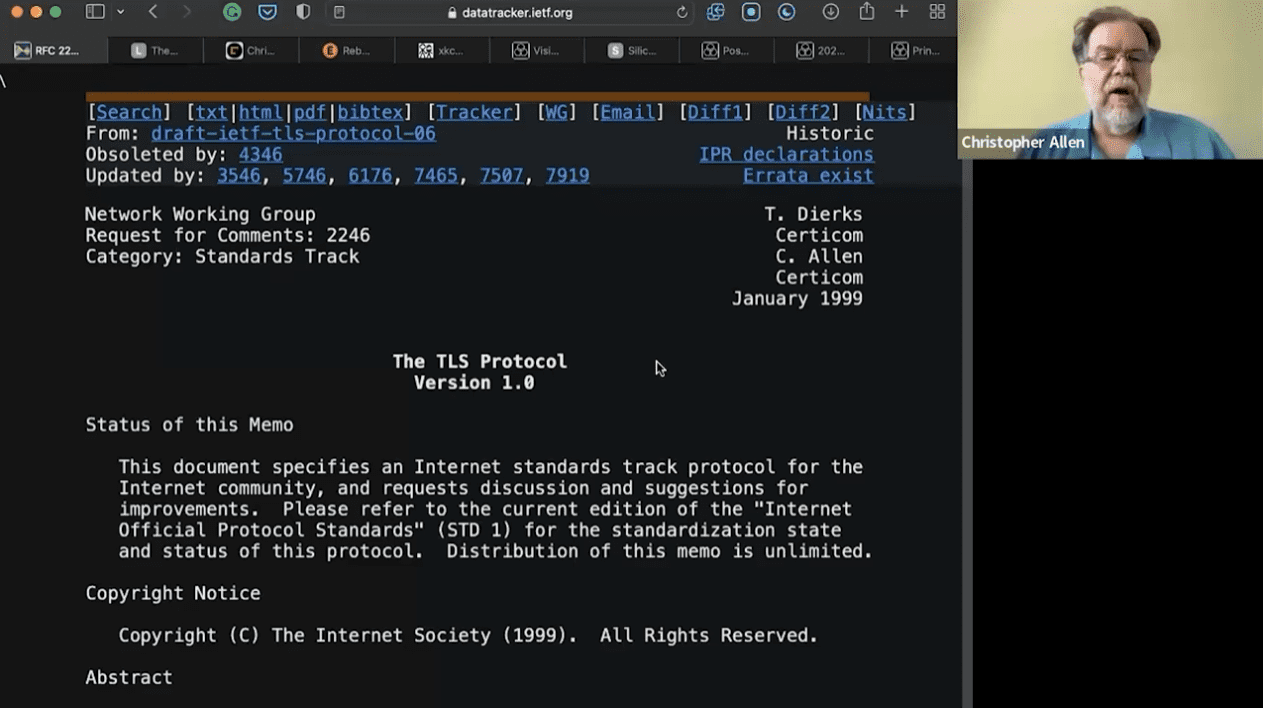 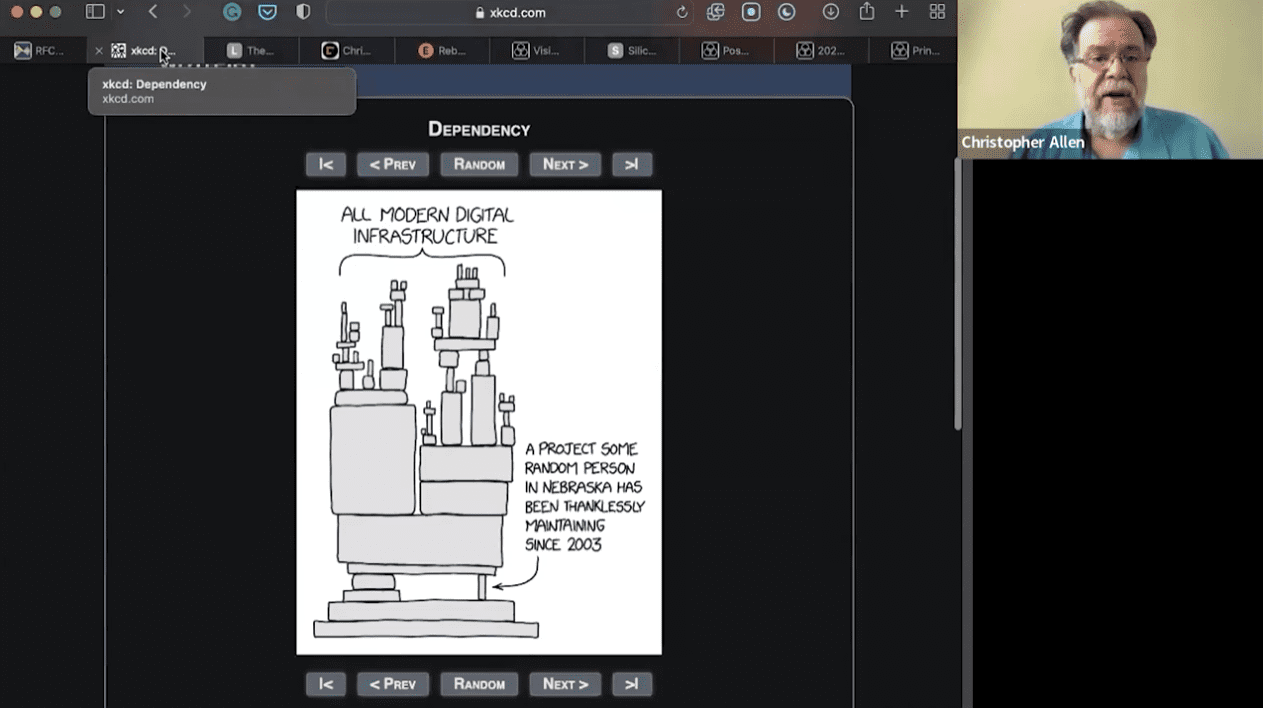 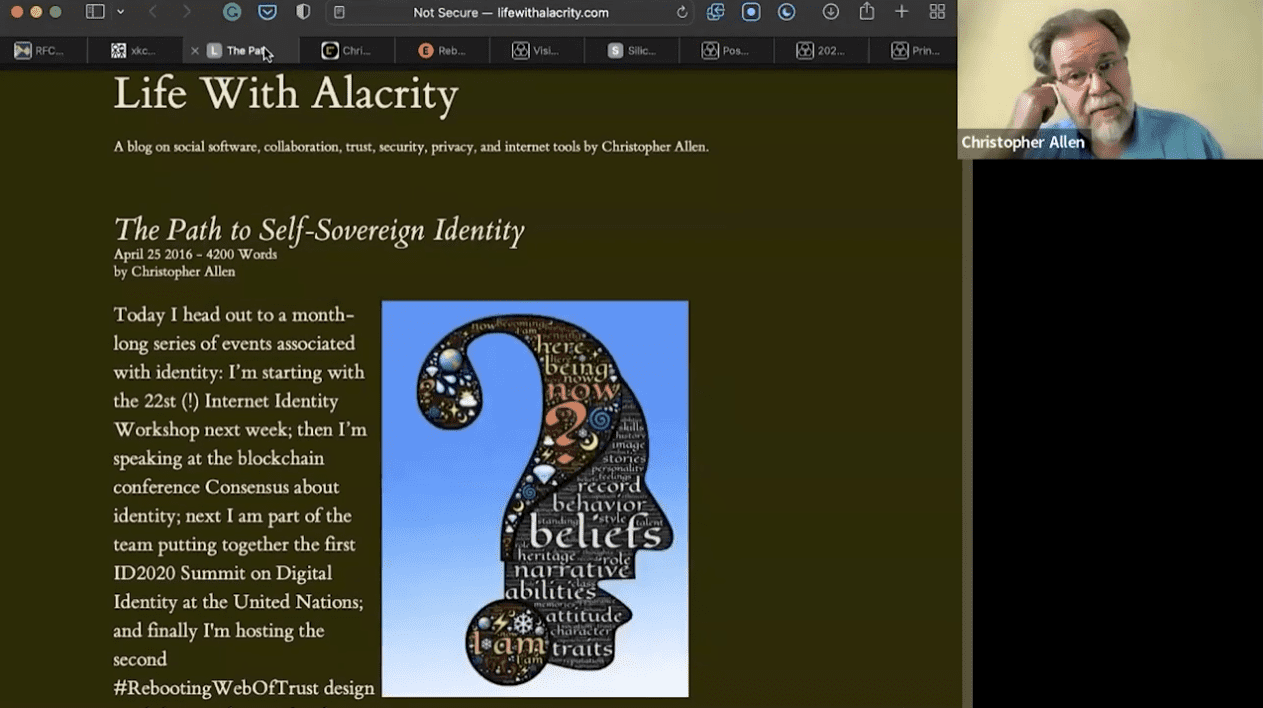 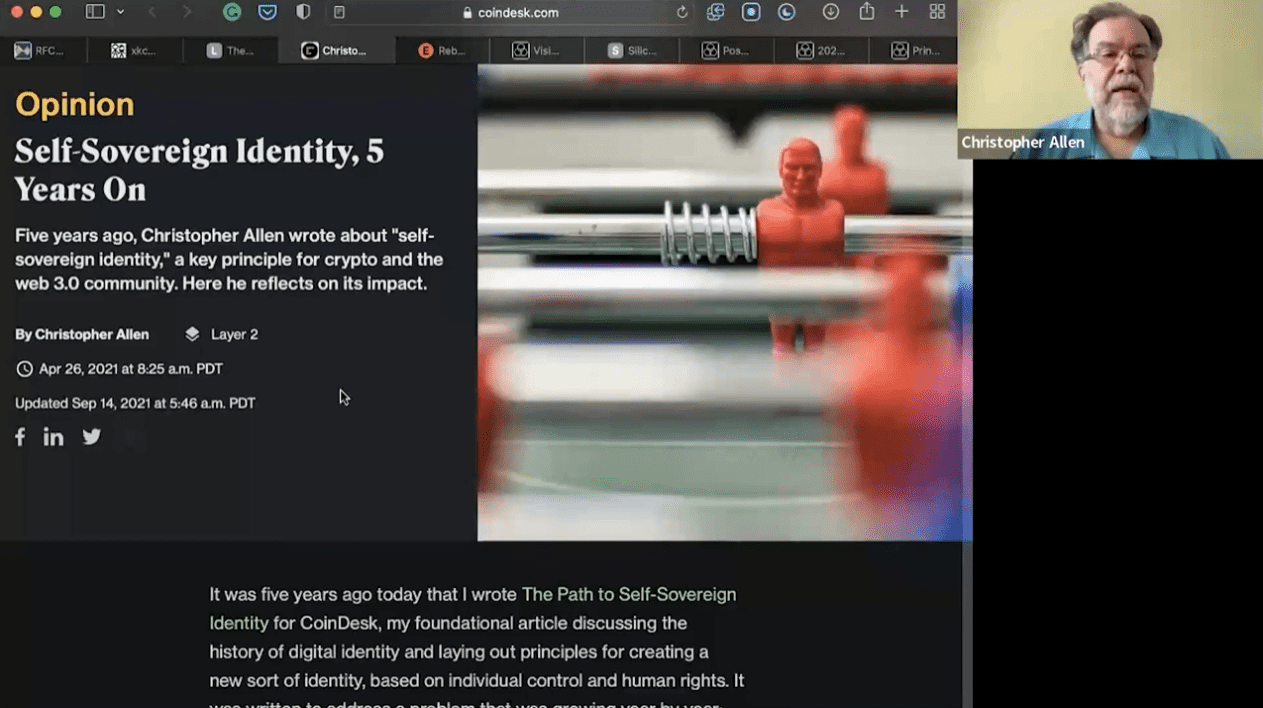 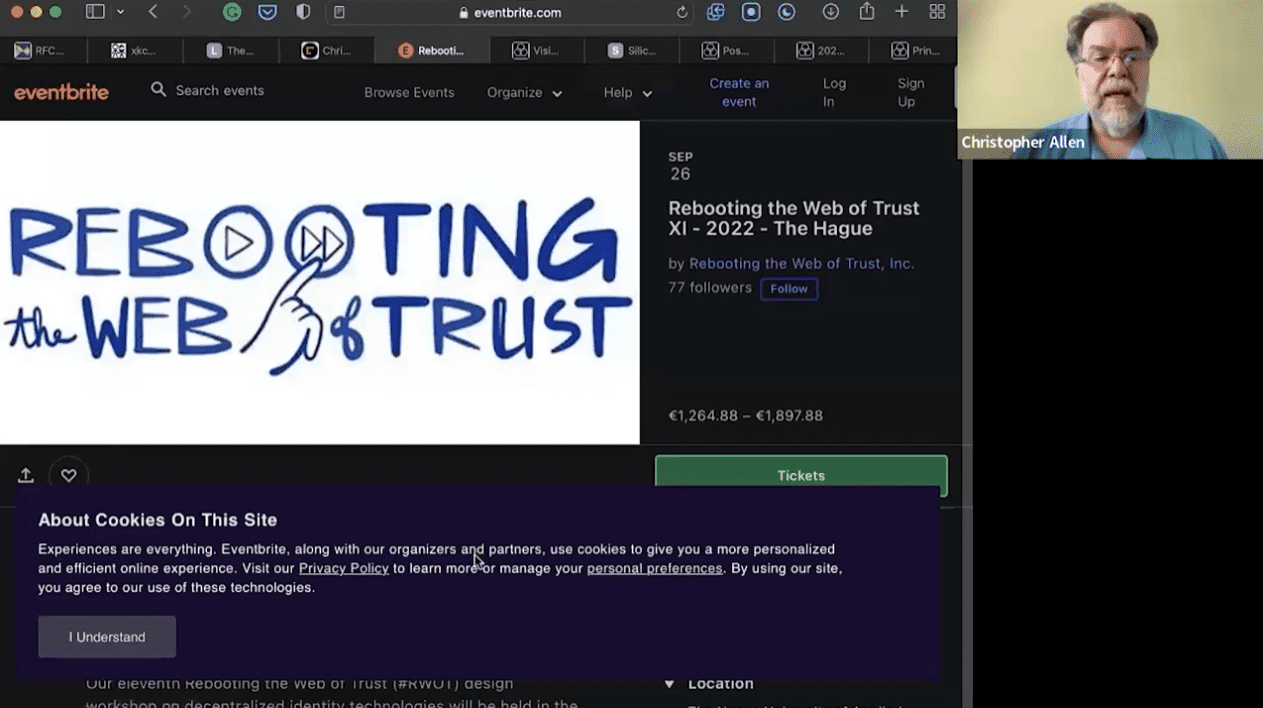 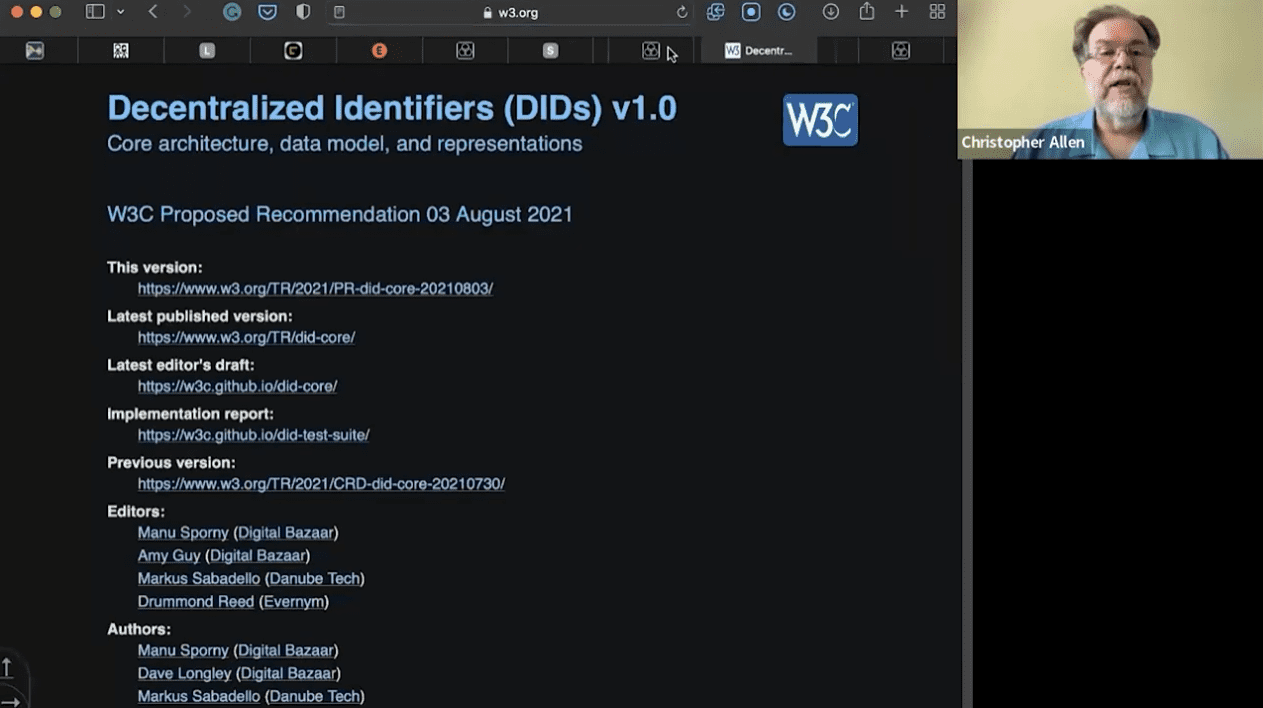 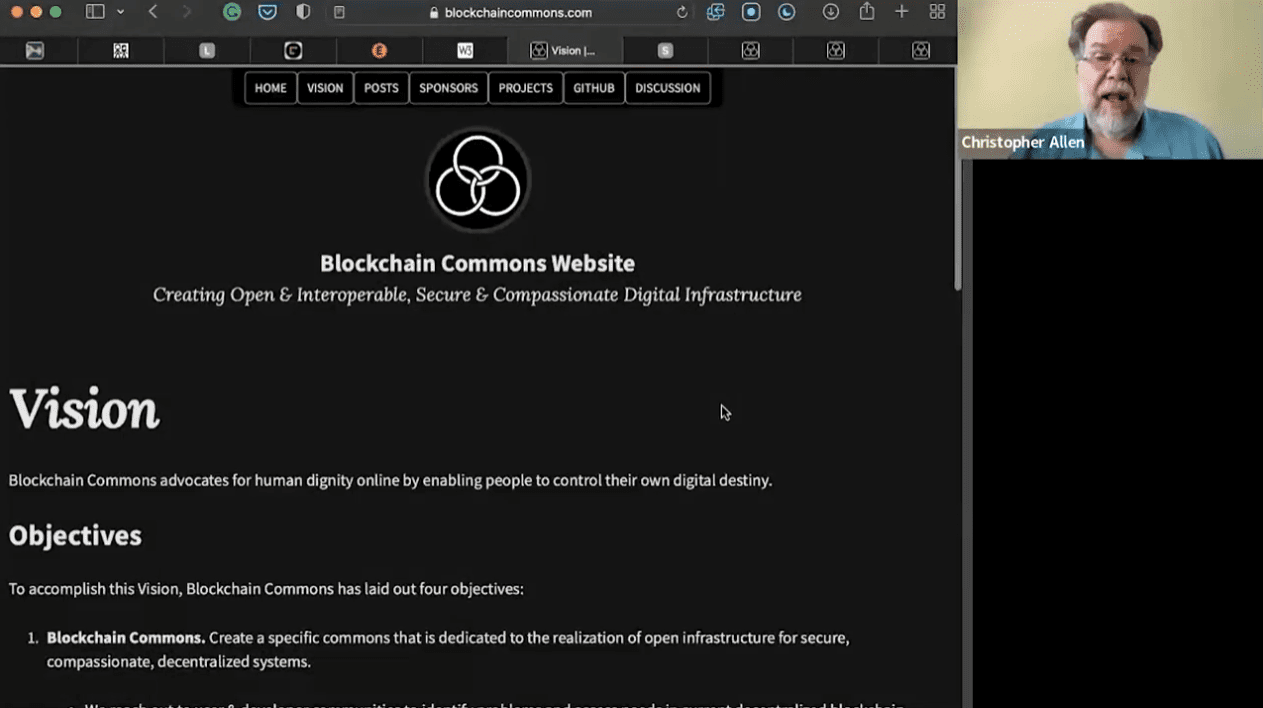 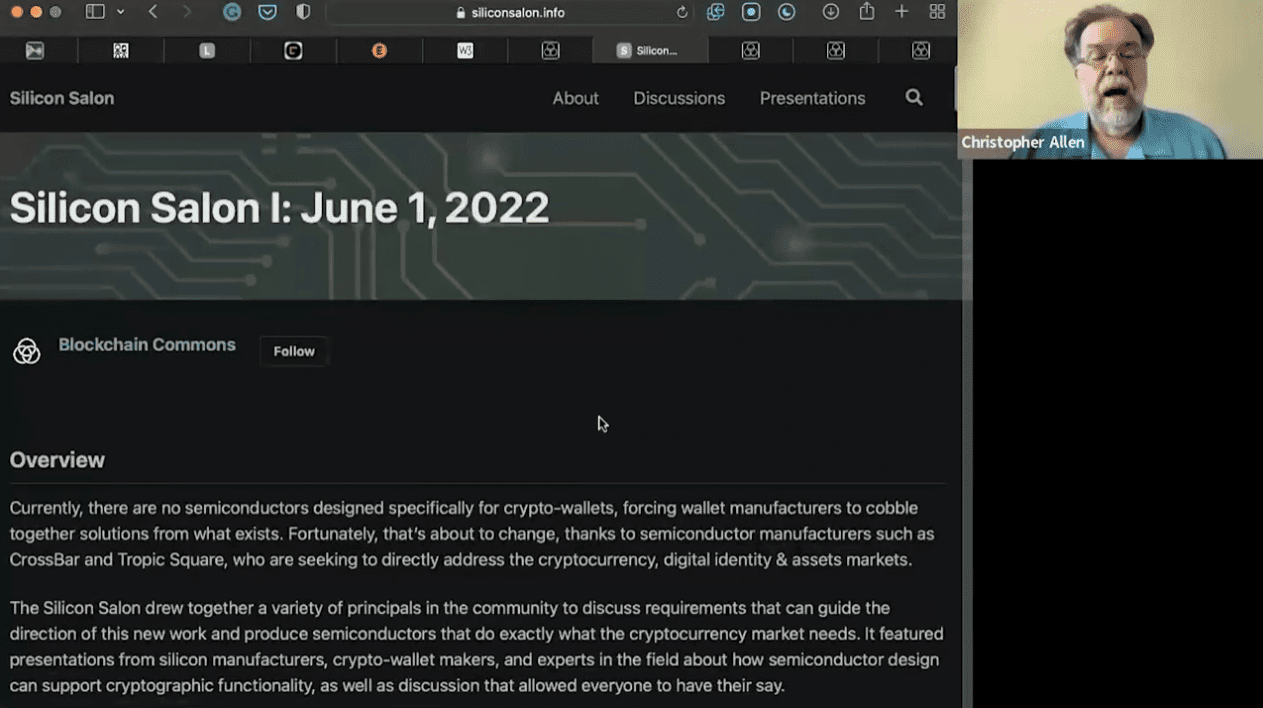 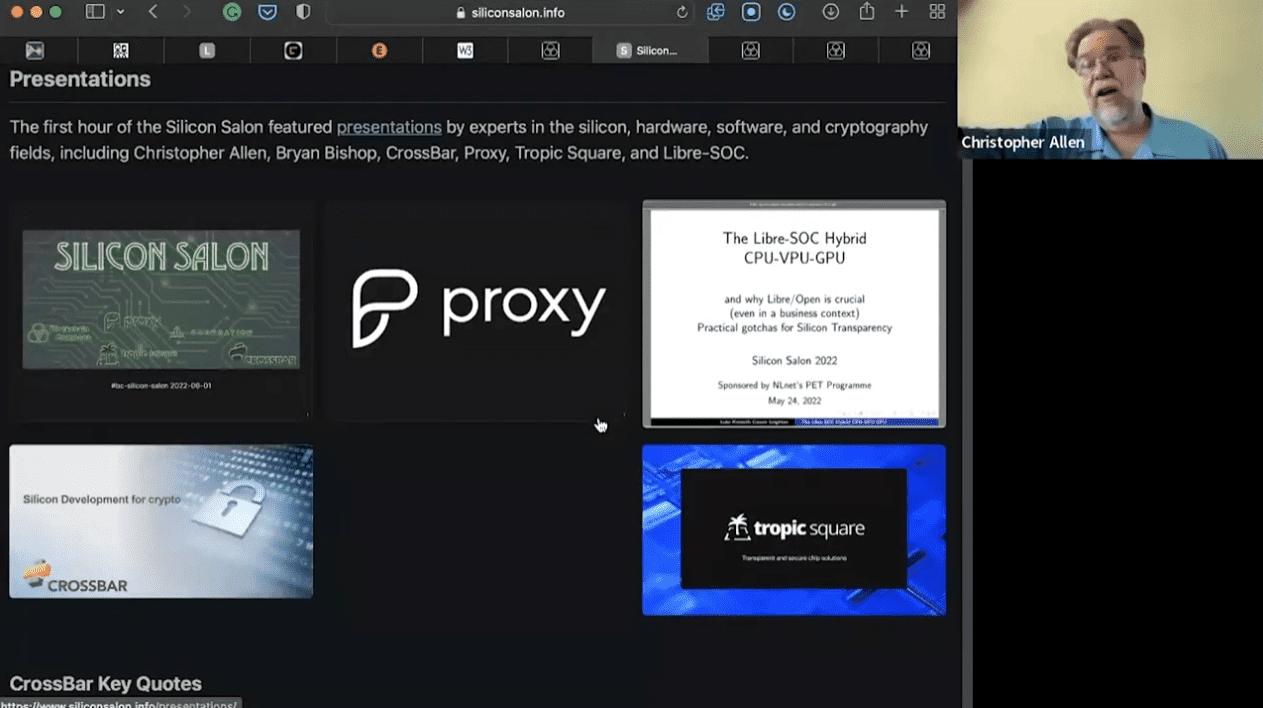 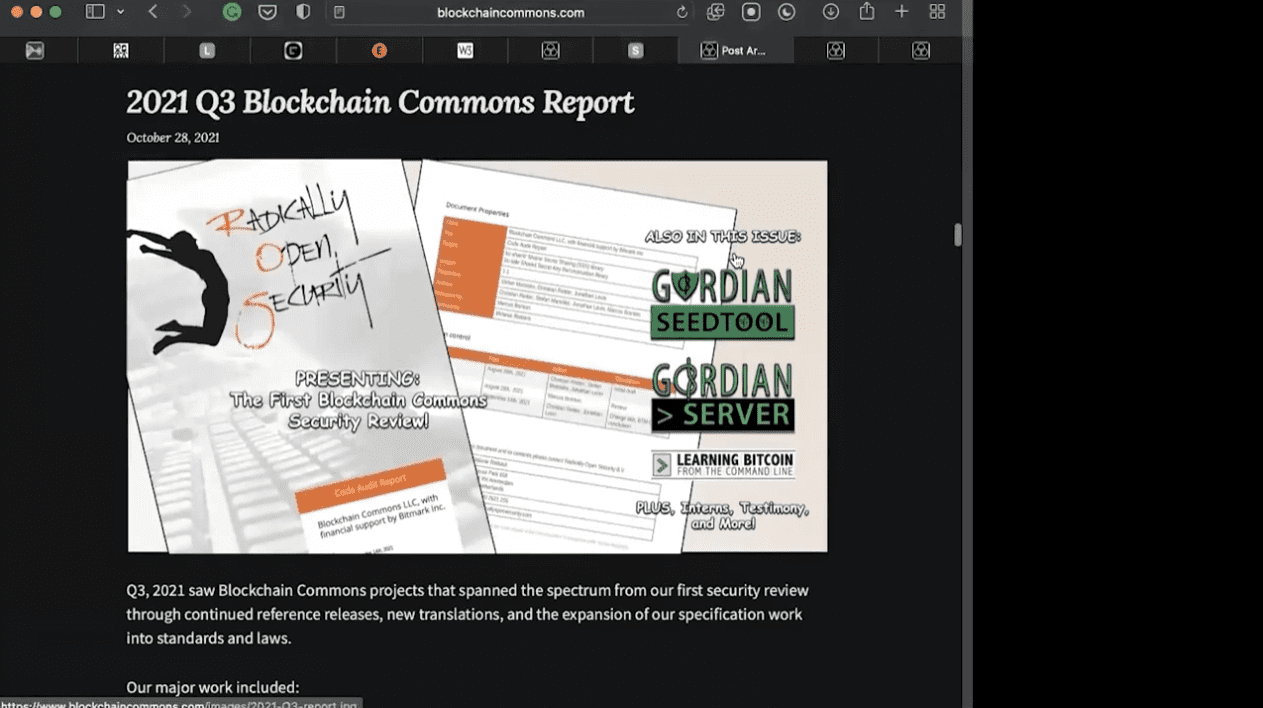 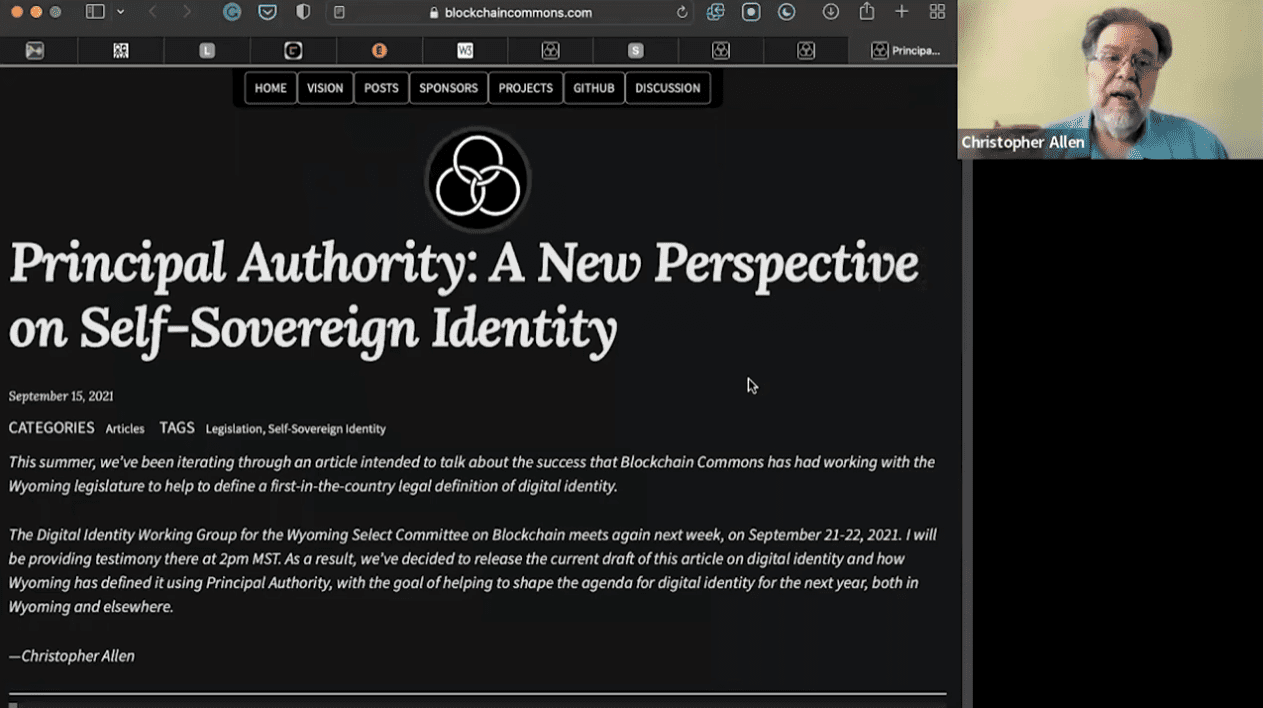