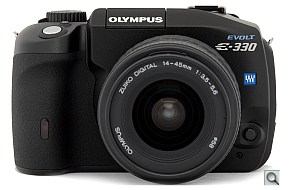 Frequent Nanodot readers know that our main interest is longer-term nanotech, but sometimes what’s happening today gets pretty exciting as well.  A quick summary  of recent advances in nanotech used to fight cancer appears in a Computerworld piece by Sharon Gaudin; some excerpts:

Rice University said yesterday that when the nanoparticles deliver dye to the cell, a small bundle of fiber-optic cables attached to a US$400 Olympus E-330 digital camera are used to capture images. The dyes cause the cell nuclei to glow brightly when lighted with the tip of the fiber-optic bundle…

“The dyes and visual techniques that we used are the same sort that pathologists have used for many years to distinguish healthy cells from cancerous cells in biopsied tissue,” said study coauthor Mark Pierce, Rice faculty fellow in bioengineering, in a statement. “But the tip of the imaging cable is small and rested lightly against the [patient’s] inside the cheek, so the procedure is considerably less painful than a biopsy and the results are available in seconds instead of days”…

Scientists have been putting a lot of focus on nanotechnology in recent cancer research.

This past January, teams of researchers from three universities jointly developed a nanotechnology cocktail that should target and kill cancerous tumors. The mixture of two different-sized nanoparticles work with the body’s bloodstream to seek out, stick to and kill tumors, according to MIT.

And Stanford University researchers last October announced that they had used nanotechnology and magnetics to create a biosensor designed to detect cancer in its early stages, making a cure more likely. University scientists reported that the sensor, which sits on a microchip, is 1,000 times more sensitive than cancer detectors used clinically today.

A month earlier, researchers at the University of Toronto said they had used nanomaterials to develop a microchip that is sensitive enough to detect early stage cancer. The chip is designed to detect the type of cancer and its severity.

Good news for everyone who might get cancer, which is…everyone.  —Chris Peterson