A brief history of nanotechnology

A brief history of nanotechnology 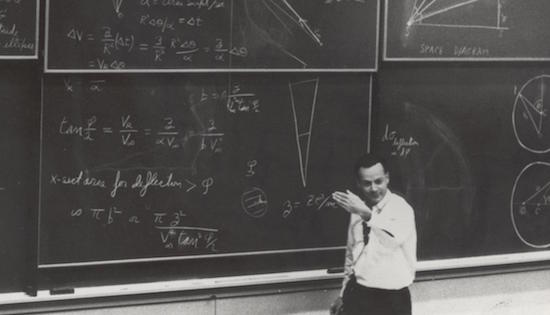 Our two most recent posts (here and here) have been about efforts by the Advanced Manufacturing Office of the U.S. Department of Energy to promote atomically precise manufacturing—a specific vision for the future of nanotechnology—a vision upon which the Foresight Institute has been focused since our founding 30 years ago. The vision was far removed from then current laboratory technologies, but those current technologies were entering a period of very rapid progress. Progress in several areas led to very useful functional nanomaterials and nanodevices. Enthusiasm for near-term commercial applications became conflated with a long-term technology vision and combined to bring forth ambitious new funding in the US and elsewhere. The differing visions of what nanotechnology is and can become, and the resulting conflicts over funding and over the public image of nanotechnology, are part of the story of Foresight’s first 30 years “Thirty Years of Nanotechnology and Foresight“. An engaging perspective on the history of nanotechnology written by W. Patrick McCray, a professor in the history department at the University of California–Santa Barbara, was published by Slate earlier this year as part of its Futurography series: “Gods of Small Things“.

… Since the 21st century began, few emerging technologies have been so heavily promoted, funded, and debated as nanotechnology. Defined (currently) by the U.S. government as “the understanding and control of matter at the nanoscale”—a nanometer is one-billionth a meter—nanotechnology as a field and research community has received billions of funding dollars, making it one of the nation’s largest technology investments since the space race.

Yet the idea that manipulation of the material world at the near-atomic scale was possible, even within grasp, possesses a historical arc stretching far back to the height of the Cold War. From the 1950s onward, investments in physics, chemistry, and the relatively new field of materials science provided a research foundation for the eventual emergence of nanotechnology. In fact, architects of a post–Cold War national nano-research program often traced its origins back to a discrete point in time and space. …

The story Prof. McCray recounts begins with Richard Feynman’s 1959 after-dinner talk, which predicted microscopic machines that would be able to build complex materials by precisely placing individual atoms in designed arrangements to achieve desired functions. Feynman’s ideas attracted little attention despite important progress in chemistry, surface physics, and other areas until the exploratory engineering work of Foresight’s co-founder Eric Drexler, then a student at MIT, popularized Feynman’s proposal under the banner of “nanotechnology”. However, this vision of the future of nanotechnology soon came into conflict with mainstream science’s funding priorities and focus on near-term applications.

… Ultimately, their clashing viewpoints were about making definitions and marking several boundaries: present-day science versus exploratory engineering; whether the point of view of chemistry or computer science was more representative of the nanoscale world; and ultimately, who had the authority to speak on behalf of “nanotechnology.” …

Prof. McCray estimates that by the time President Obama leaves office, the U.S. government will have spent close to $25 billion on nanotechnology-related research. Certainly the overwhelming majority of this funding has gone to mainstream science’s vision of nanotechnology, which will no doubt continue to make major contributions to materials science, medical science, and vastly improved membranes, catalysts, and computers. Increasingly, these advances will depend upon achieving atomic precision in manufacturing. Early on, atomically precise manufacturing will be achieved by various self-assembly processes developed to manufacture specific materials. We can expect, however, that as increasingly complex systems of molecular machines are developed using these simpler methods, eventually nanofactories will use molecular machine systems to place reactive molecular fragments on a workpiece with atomic precision to fabricate complex, functional nanometer scale building blocks, which will then be assembled hierarchically by robotic machinery to manufacture macroscopic products.
—James Lewis, PhD