The Foresight Fellowship is an exclusive one year supportive program committed to giving change-makers the support and mentorship to accelerate their bold ideas into the future.

Our mission is to catalyze collaboration among leading young scientists, engineers, and innovators who are working on emerging new technologies that have the power to transform society. Since 1993 Foresight Institute has been rewarding those who are making strides in the field of Nanotechnology with the Feynman Prize. In 2016, one of our former Feynman Prize winners, Sir J. Fraser Stoddart, was awarded the Nobel Prize in Chemistry for his work with molecular machines. Foresight Institute recognizes that providing a strong network and knowledge base for new fellows to access will accelerate their missions and reflect our goals to further support those making important strides in a variety of fields.

During the 1 year program, Fellows will be invited to engage in events, connect to fellows and mentors, and increase their skills to succeed with their endeavors. 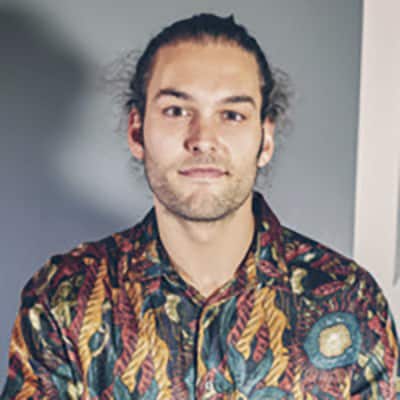 Durham works towards using artificial intelligence and quantum computing to explore chemical space to find molecules able to solve the problems the world faces. Durham’s goal is to harness the power of chemistry to the extent that nature has, without taking the time it took nature. This means creating better tools to discover/design chemical and chemical systems of interest. He believes that the recent advances in AI & quantum computing offer the promise to provide us with the ability to do just that. The incredible impact this would have on society coupled with how incredibly interesting these fields are what drives the work Durham does.

Durham is the CEO of Futurefy, which develops cutting edge machine learning models to greatly improve the speed of calculation of molecular properties and structures. These models are integrated into molecule discovery pipelines to help industries find the molecules needed to solve their specific problems. 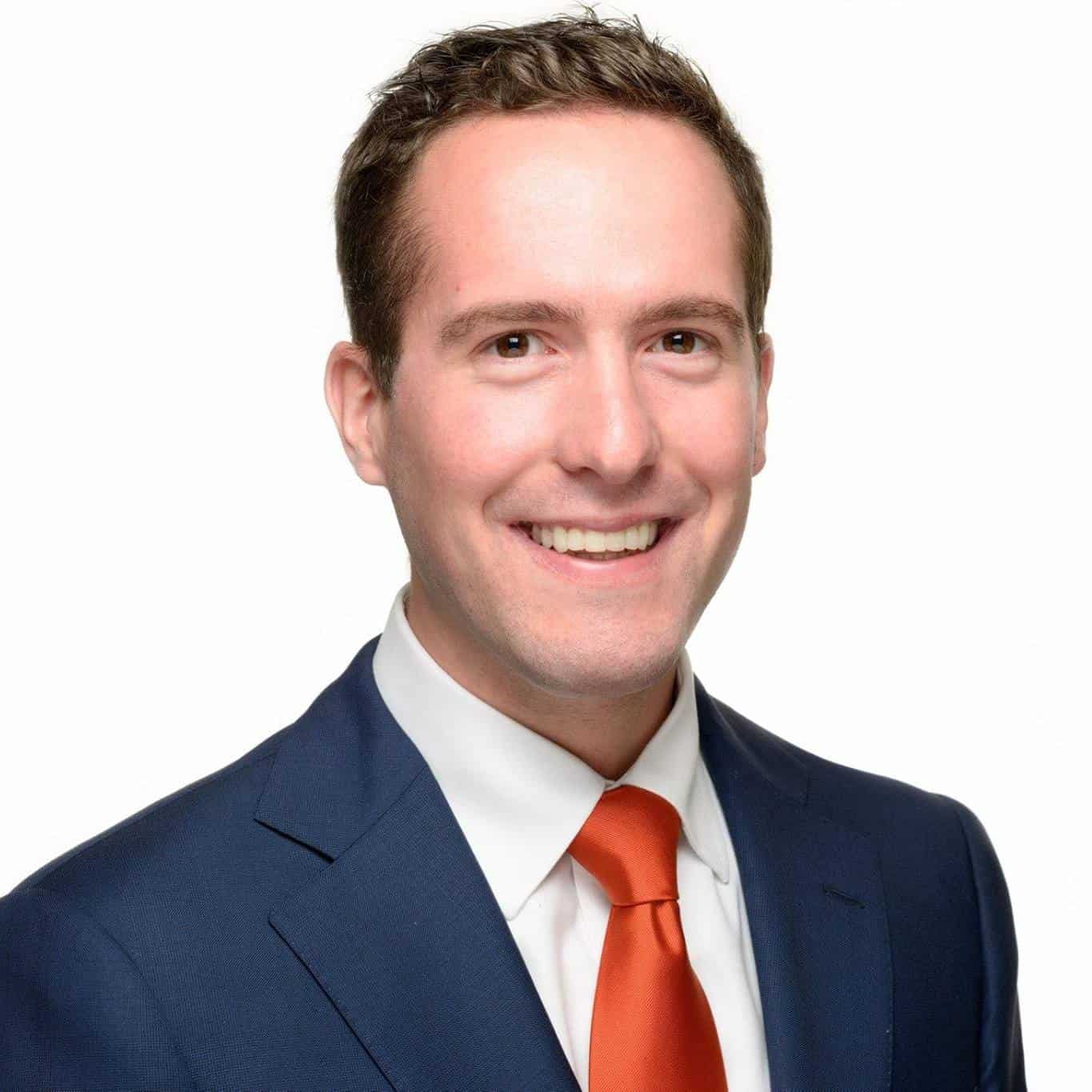 Michael M. Lerch – a native of Switzerland – studied Interdisciplinary Sciences at ETH Zurich in his B.Sc. (2012) and M.Sc. (2014) focusing on organic synthesis and cellular biology. Further, he was a visiting student researcher at the University of Cambridge (2012) and the California Institute of Technology (2013/2014). Subsequently, he worked with Prof. Dr. Ben L. Feringa at the University of Groningen (The Netherlands) and completed his Ph.D. with distinction (cum laude). In Groningen, he employed photocontrolled small molecules to control the behavior of biological systems. In photopharmacology, he helped develop novel drug candidates that can be switched ‘ON’ and ‘OFF’ with light. Moreover, he focused on unravelling the photoswitching mechanism of an emerging class of photoswitches, so-called donor-acceptor Stenhouse adducts, that included research visits to the University of Florence/LENS Laserlab Europe.

Since Nov. 2018, Michael works as a postdoctoral fellow with Prof. Joanna Aizenberg at Harvard University and the Wyss Institute for Biologically Inspired Engineering (supported by a NWO Rubicon grant). His research focuses on microstructured liquid crystalline surfaces with self-regulated motion and feedback-controlled optically active hydrogels. He is fascinated by nature’s materials and combines his expertise in organic synthesis, supramolecular- and photochemistry with engineering approaches to create hybrid materials with the ability to self-regulate, coordinate their action and communicate. 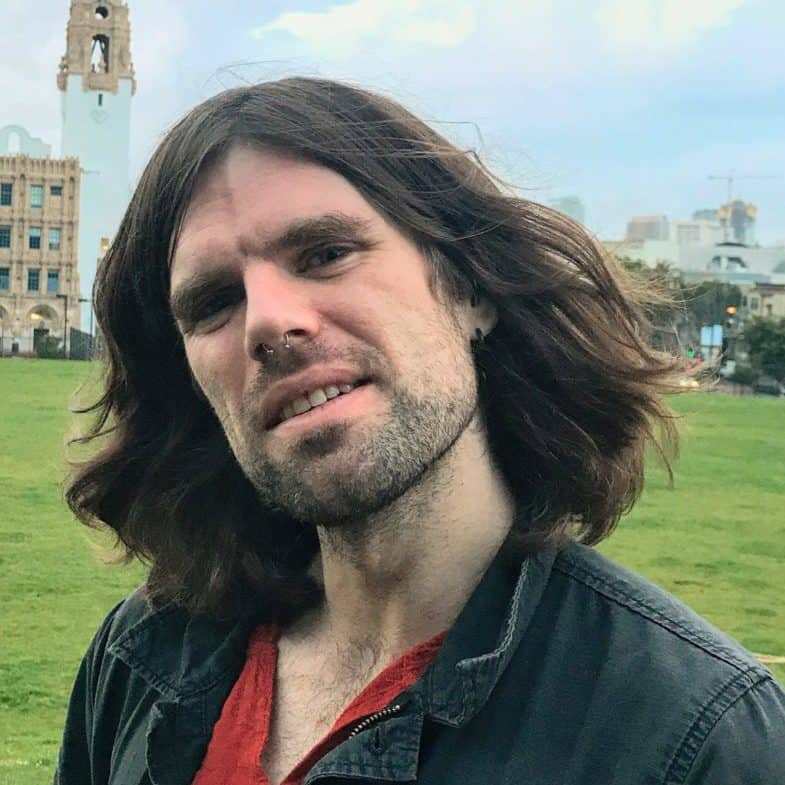 Patrick’s academic background is in paleobiology and the evolution of episodic memory, cognitive empathy, and self-concept in the hominin lineage (most recent publication Episodic Memory, Phenomenal Empathy, and the Representation of Time, January 2018). He has taught philosophy at San Francisco State University, and previously studied Biological Sciences at Oxford.

For the last year, he has been researching the feasibility of various methods of achieving near term CO2 drawdown from the atmosphere, inspired by work he did at Oxford on the effects of climatic shifts on the historical biogeography of the Mediterranean basin, and informed by analysis of the interaction between the biosphere and the climate system through geological time. This is explored in his recent article in Palladium Magazine: Ancient Upheavals: How to Geoengineer a Stable Climate and a presentation he gave at the Foresight Institute Atomic Precision for Healing the Planet technical competition. He is currently forming the organization LivingCarbon, having concluded that bioengineering decomposition resistant wood holds great potential for CO2 drawdown.

He recently published a book of poetry, Alkali Shores, and is fascinated by the ecology of the California deserts, as examples of biological systems maintaining functional integration, and forming complex and interdependent relationships among their member species in the face of extreme external adversity. He has lived in the Bay Area for the last 14 years and before this in Oxford and London, where he was born. 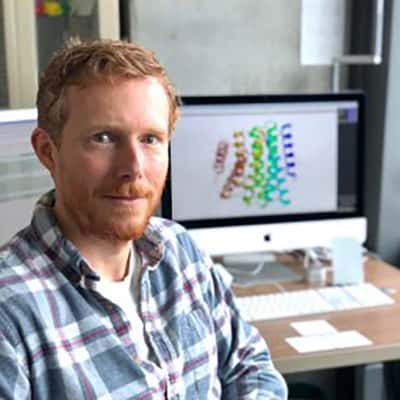 TJ’s background in protein design, machine learning and robotics provides a unique perspective to tackle building functional protein assemblies. He completed my Ph.D. in computer science at the University of Massachusetts Amherst with Oliver Brock where he applied machine learning and robotics algorithms toward protein structure prediction. Since then, he has been a postdoctoral fellow with David Baker at the University of Washington studying protein design where he does both computational algorithm development and testing of the designed proteins in the wet-lab.

TJ’s postdoctoral work pioneered modular repeat proteins that can be connected together like building blocks which he demonstrated in recent first-author papers in PNAS(in review) and Nature. In the Nature publication he shows that large de-novo repeat proteins can be designed from scratch with atomic level precision. In PNAS(in review) he shows that these repeat proteins can be connected together like legos into arbitrary nano-scale shapes. As part of these papers he developed several algorithms that dramatically improve the computational efficiency of building and testing de-novo proteins. These algorithms will likely impact science much more broadly than the repeat proteins. These algorithms have already enabled numerous projects within the Baker lab ranging from protein/peptide binders, to gated membrane channels and protein motors. In his academic lab, he will build a research program around using deep learning to design functional protein assemblies for immunological applications, and hybrid protein materials for bioelectronic applications.