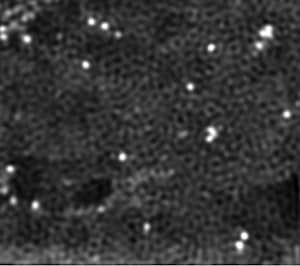 James Tour, winner of the 2008 Foresight Institute Feynman Prize in the Experimental category, and his collaborators continue to bring forward a variety of promising applications based upon graphene and other nanostructured materials. Recently we cited a nanotechnology computer memory breakthrough and before that a flexible supercapacitor from stacked nanomaterial. A hat tipp to Nanotechnology Now for reprinting this Rice University news release written by Mike Williams “Cobalt atoms on graphene a powerful combo“:

Graphene doped with nitrogen and augmented with cobalt atoms has proven to be an effective, durable catalyst for the production of hydrogen from water, according to scientists at Rice University.

The Rice lab of chemist James Tour and colleagues at the Chinese Academy of Sciences, the University of Texas at San Antonio and the University of Houston have reported the development of a robust, solid-state catalyst that shows promise to replace expensive platinum for hydrogen generation.

Catalysts can split water into its constituent hydrogen and oxygen atoms, a process required for fuel cells. The latest discovery, detailed in Nature Communications [Open Access], is a significant step toward lower-cost catalysts for energy production, according to the researchers.

Even particles on the nanoscale work only at the surface, he said. “There are so many atoms inside the nanoparticle that never do anything. But in our process the atoms driving catalysis have no metal atoms next to them. We’re getting away with very little cobalt to make a catalyst that nearly matches the best platinum catalysts.&rsdquo In comparison tests, he said the new material nearly matched platinum’s efficiency to begin reacting at a low onset voltage, the amount of electricity it needs to begin separating water into hydrogen and oxygen.

The new catalyst is mixed as a solution and can be reduced to a paper-like material or used as a surface coating. Tour said single-atom catalysts have been realized in liquids, but rarely on a surface. “This way we can build electrodes out of it,&rsdquo he said. “It should be easy to integrate into devices.&rsdquo

The researchers discovered that heat-treating graphene oxide and small amounts of cobalt salts in a gaseous environment forced individual cobalt atoms to bind to the material.

They tested nitrogen-doped graphene on its own and found it lacked the ability to kick the catalytic process into gear. But adding cobalt in very small amounts significantly increased its ability to split acidic or basic water.

“This is an extremely high-performance material,&rsdquo Tour said. He noted platinum-carbon catalysts still boast the lowest onset voltage. “No question, they’re the best. But this is very close to it and much easier to produce and hundreds of times less expensive.&rsdquo

Atom-thick graphene is the ideal substrate, Tour said, because of its high surface area, stability in harsh operating conditions and high conductivity. Samples of the new catalyst showed a negligible decrease in activity after 10 hours of accelerated degradation studies in the lab.

As a practical development, a catalyst almost as effective as platinum but hundreds of times less expensive should have a major effect on energy markets and technology development, but the implications for catalysis might be even greater. Using appropriately structured nanomaterials to present single atom catalysts demonstrates the value of positioning single atoms for maximum efficiency. Perhaps in many cases, like this one, the right choice of nanostructured materials will provide ideal positioning, or close to it. Perhaps in other cases, atomically precise manufacturing will be necessary to optimize the positioning of single atom catalysts.
—James Lewis, PhD