Engage with scenarios simulating the politics of the Moon, and have a voice in the design of governance for the space frontier! 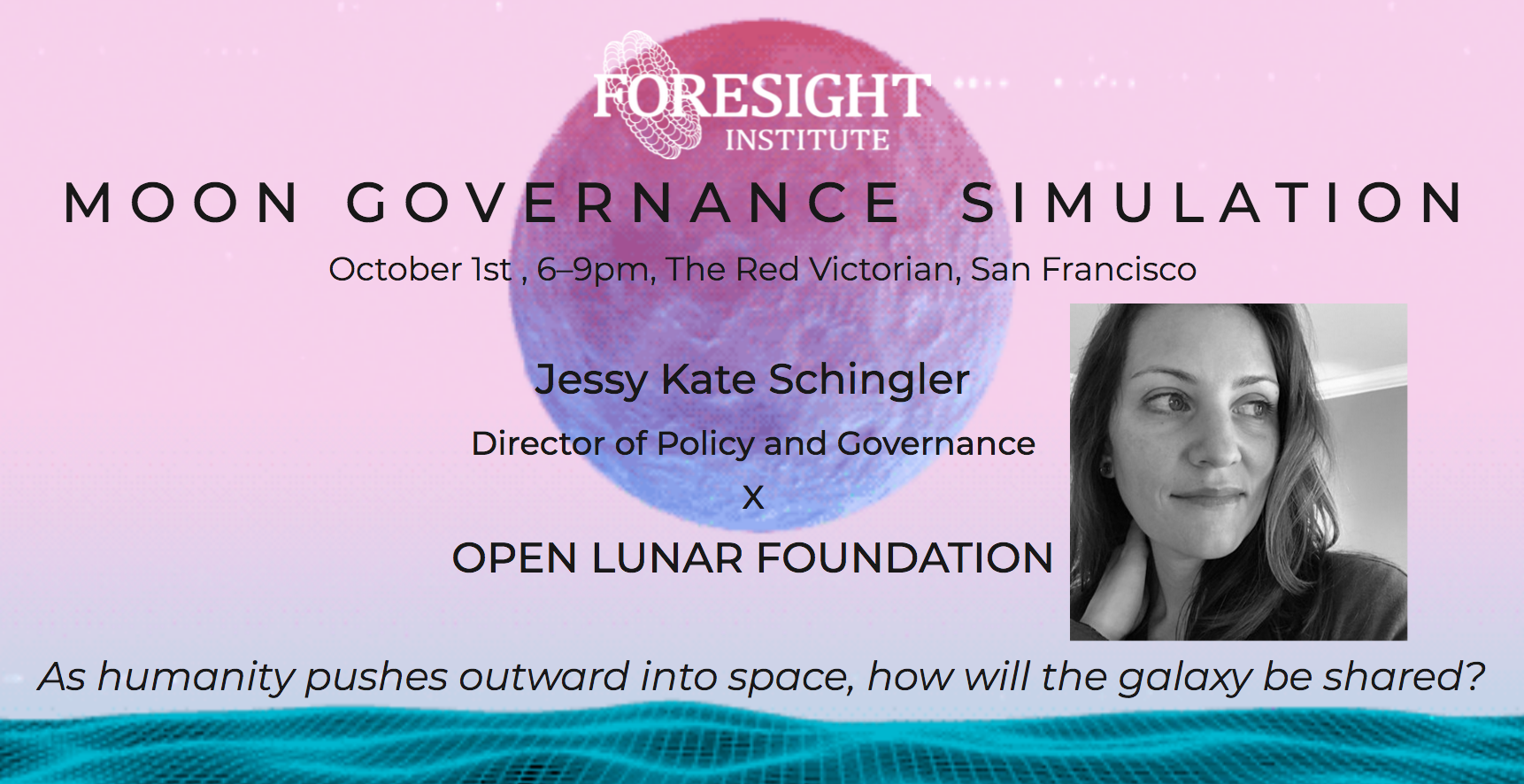 The settlement of new frontiers has often involved great atrocities and deep lack of foresight. The Outer Space Treaty of 1967 establishes principles governing the exploration and use of celestial bodies. Space is designated as the “province of all mankind,” and nations and private organizations are forbidden from claiming territory on celestial bodies. But the treaty leaves some areas unclear, in particular around the exploitation of natural resources.

Why this is important today

SpaceX and Blue Origin announced plans to go to the Moon, NASA announced its own return to the moon with humans by 2024, and China plans for a base at the South Pole by 2030. There remains a vacuum of concrete frameworks for resource management and policy making on the Moon. History is at risk of playing out the same way again.

Join us for a night of space policy design

First, our guest speaker will lay out the rules of the game by bringing everyone up to speed on the constraints of space governance. Then, small groups will be assigned different scenarios and leverage their terrestrial expertise to work through the many challenges of the lunar environment. In a third part, each group will share about their experience attempting to solve those challenges, and the possible solutions they found.

The Open Lunar Foundation is a public charity that is committed to enabling a self-sustaining settlement on the Moon within 10 years, to advance all life. Open Lunar is developing technology, policies and consultative structures that reflect commitment to settling the Moon in a peaceful, collaborative way for the benefit of all of humanity— to expand humanity’s horizons, prepare for existential risks, and learn to live better on Earth. Read more about Open Lunar here.

Jessy Kate designs human settlements with a specific interest in systems that manifest our environment and social structures as iterative learning platforms for experimentation and innovation, with citizens as creators and participatory scientists.

Your ticket fee goes towards supporting Foresight Institute’s mission to advance transformative technology towards futures beneficial to life and the biosphere. If that’s not something you are currently able to contribute to, do still join. No one will be turned away for lack of funds at the door. You can shoot us a message via our Facebook page for sliding scale access.

That said, one of the ways that you can most immediately help is to support our mission financially.