In this session, Jean Hebert from Albert Einstein School of Medicine introduced the idea of brain tissue replacement as a necessary strategy for the long term defeat of aging. He went through the history of the field and research so far and presented a case for pursuing this approach further based on the available positive data. He also talked about the roadmap they have for this kind of research even with a pioneering experiment they are pushing for and for which they are now looking for funders. 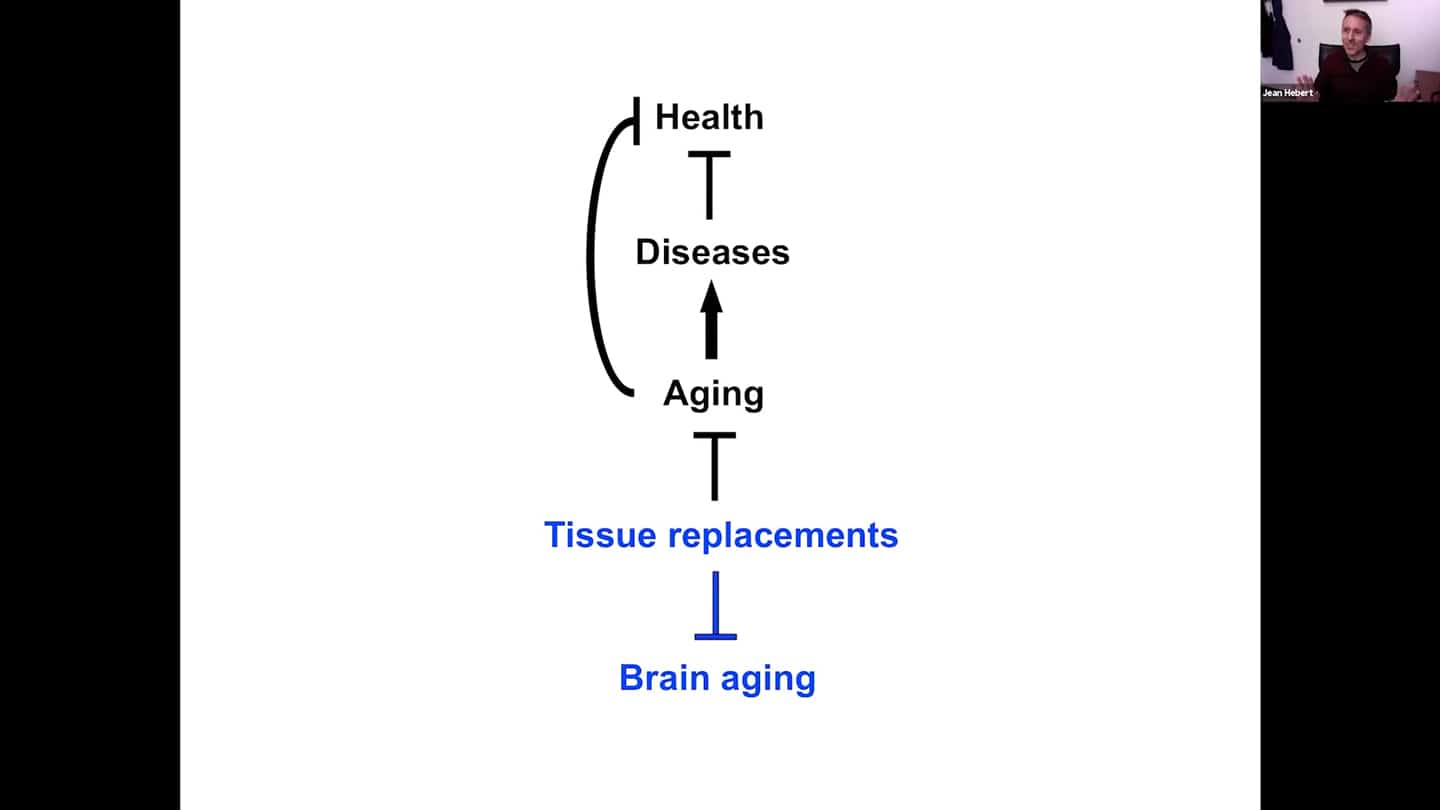 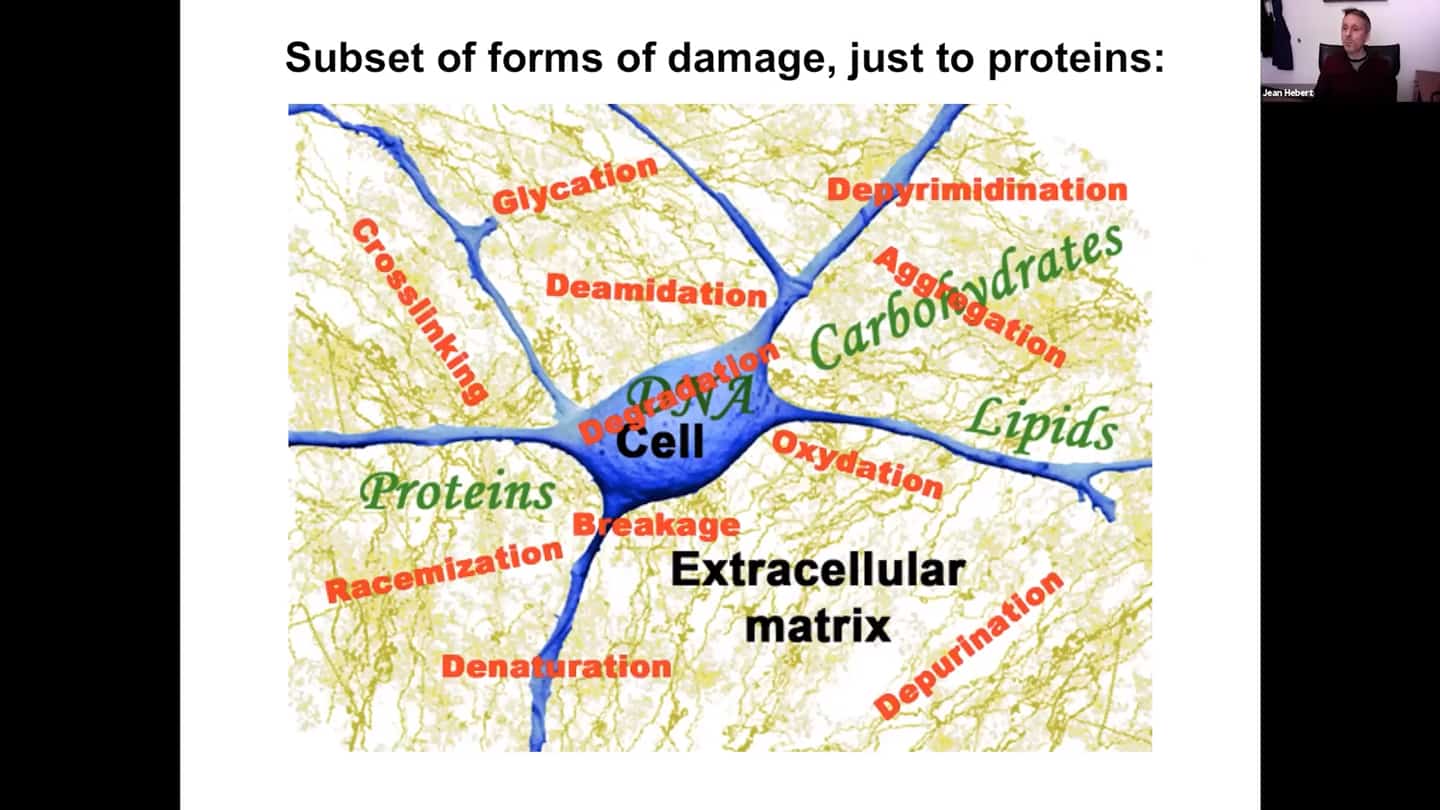 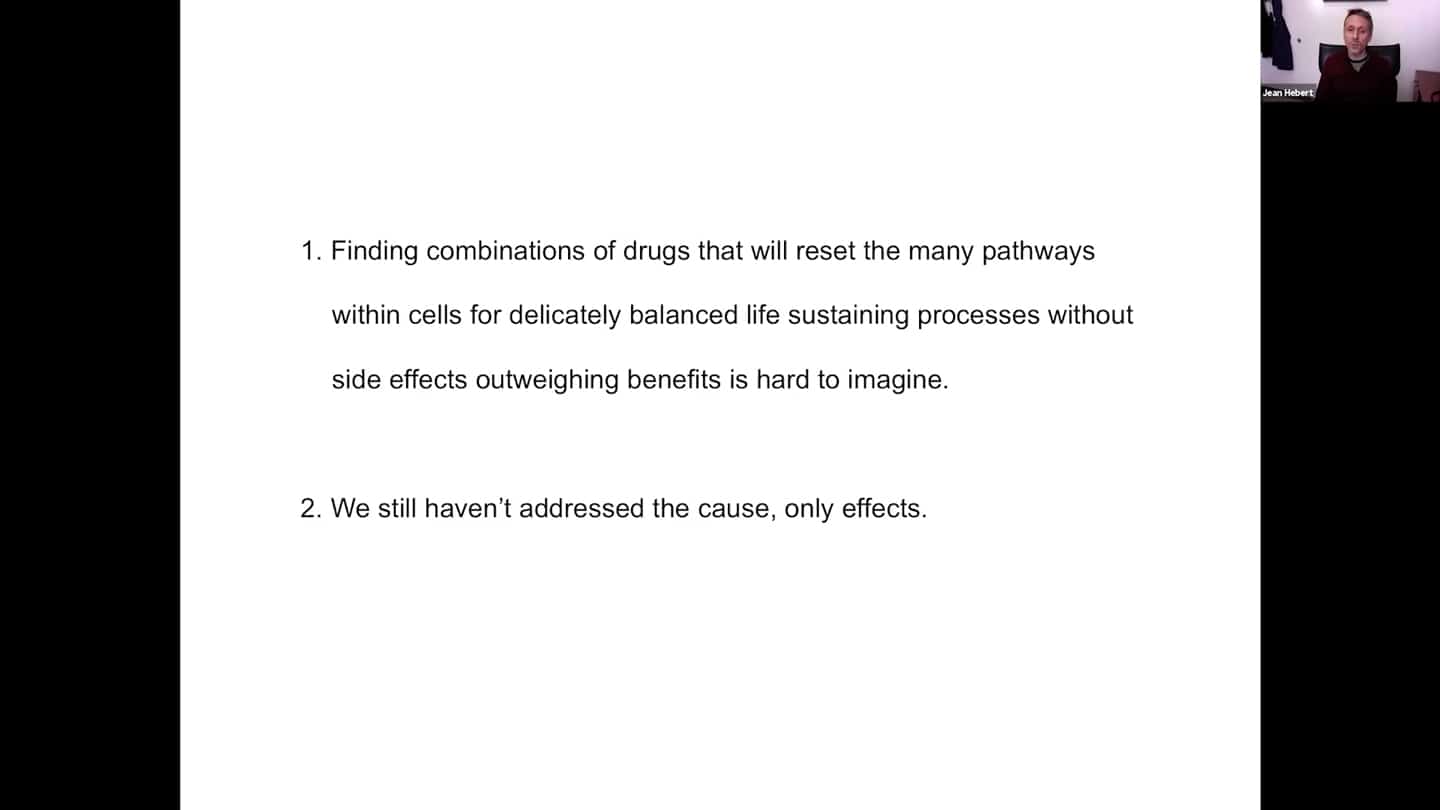 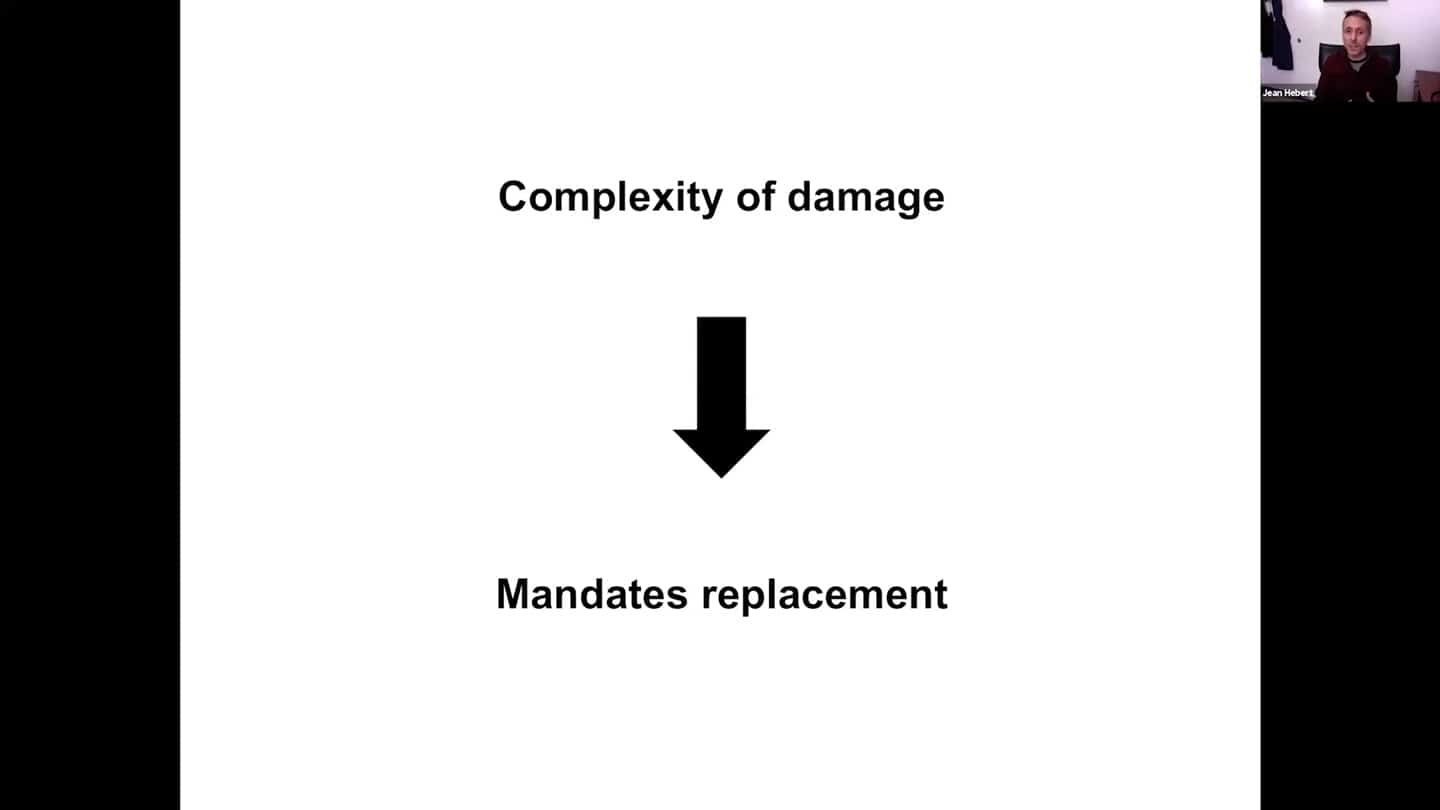 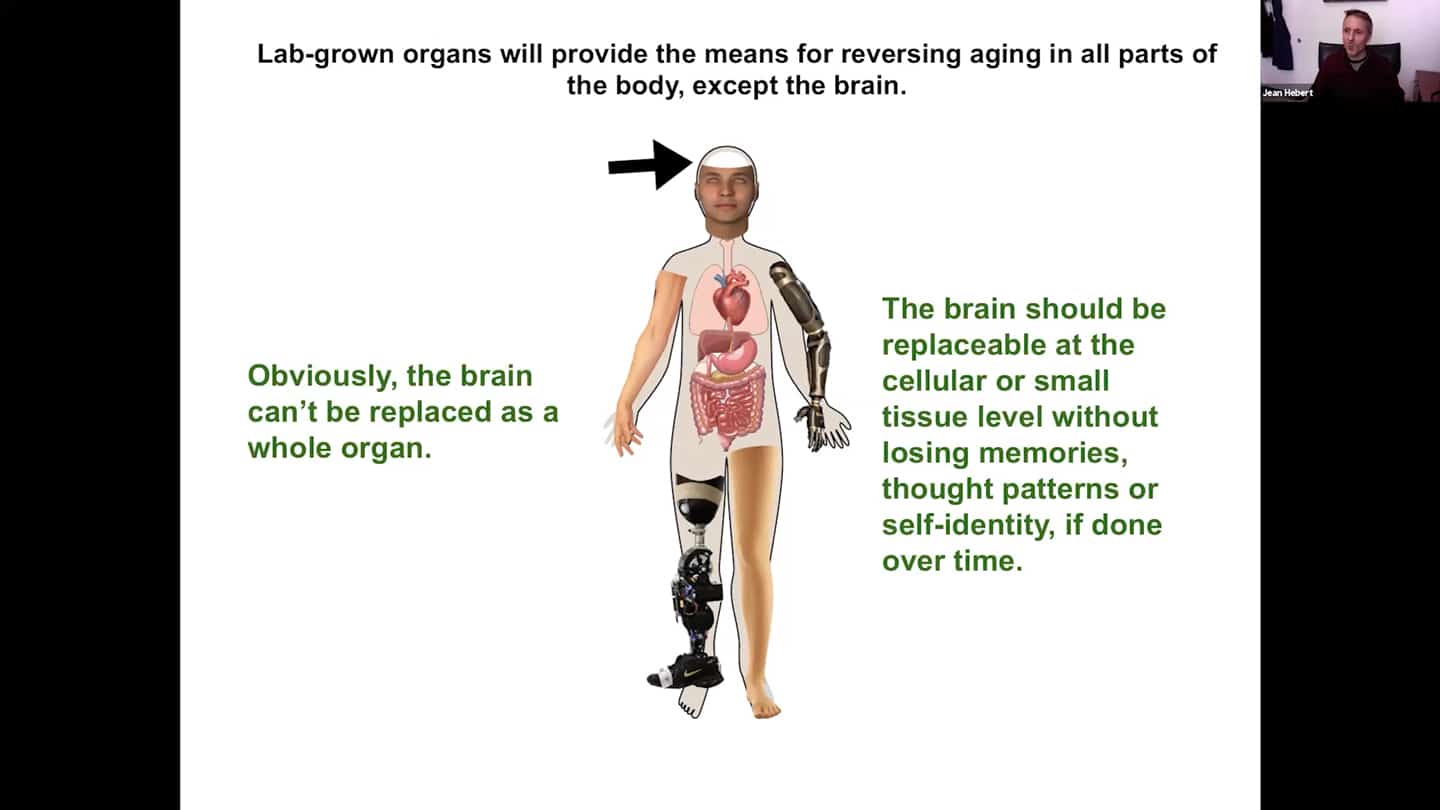 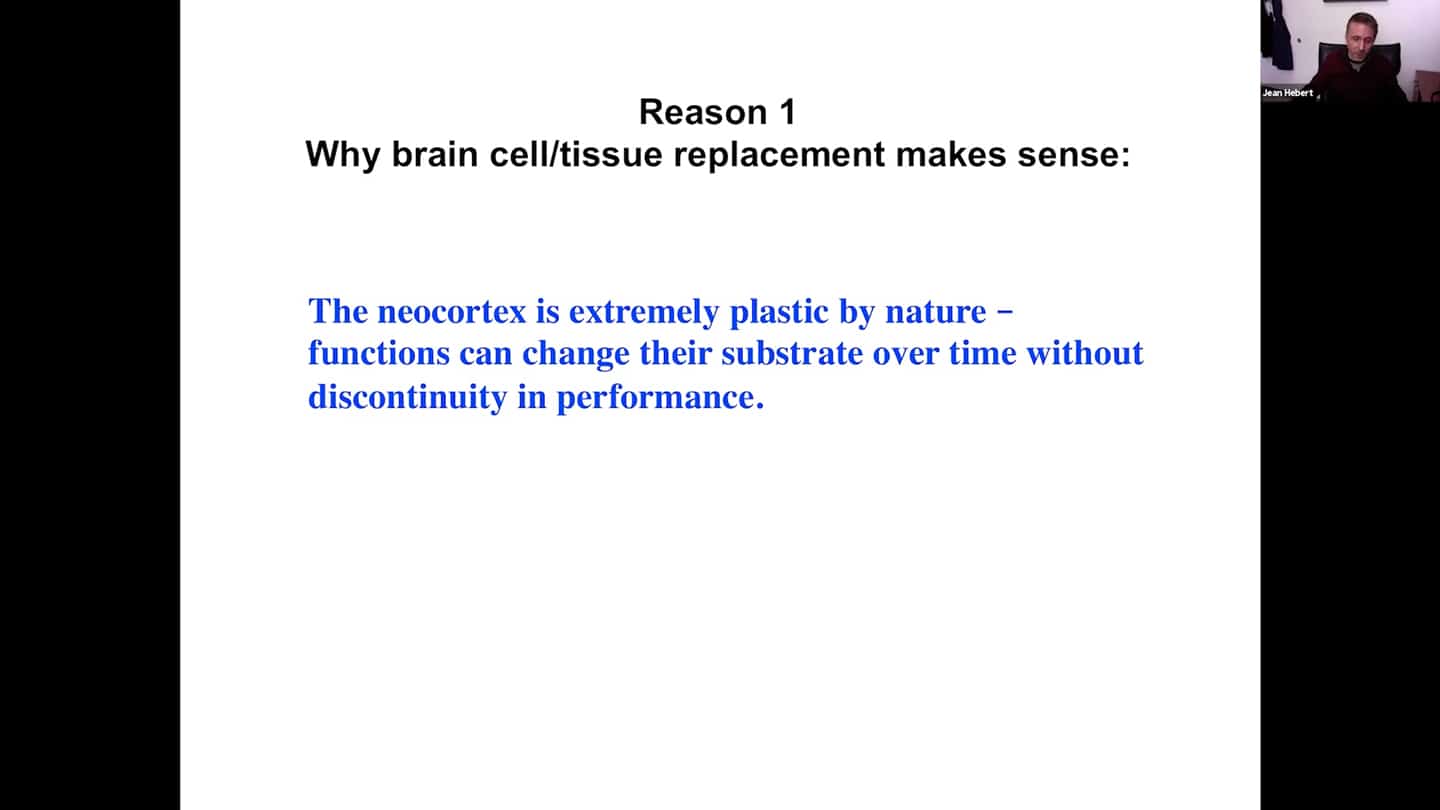 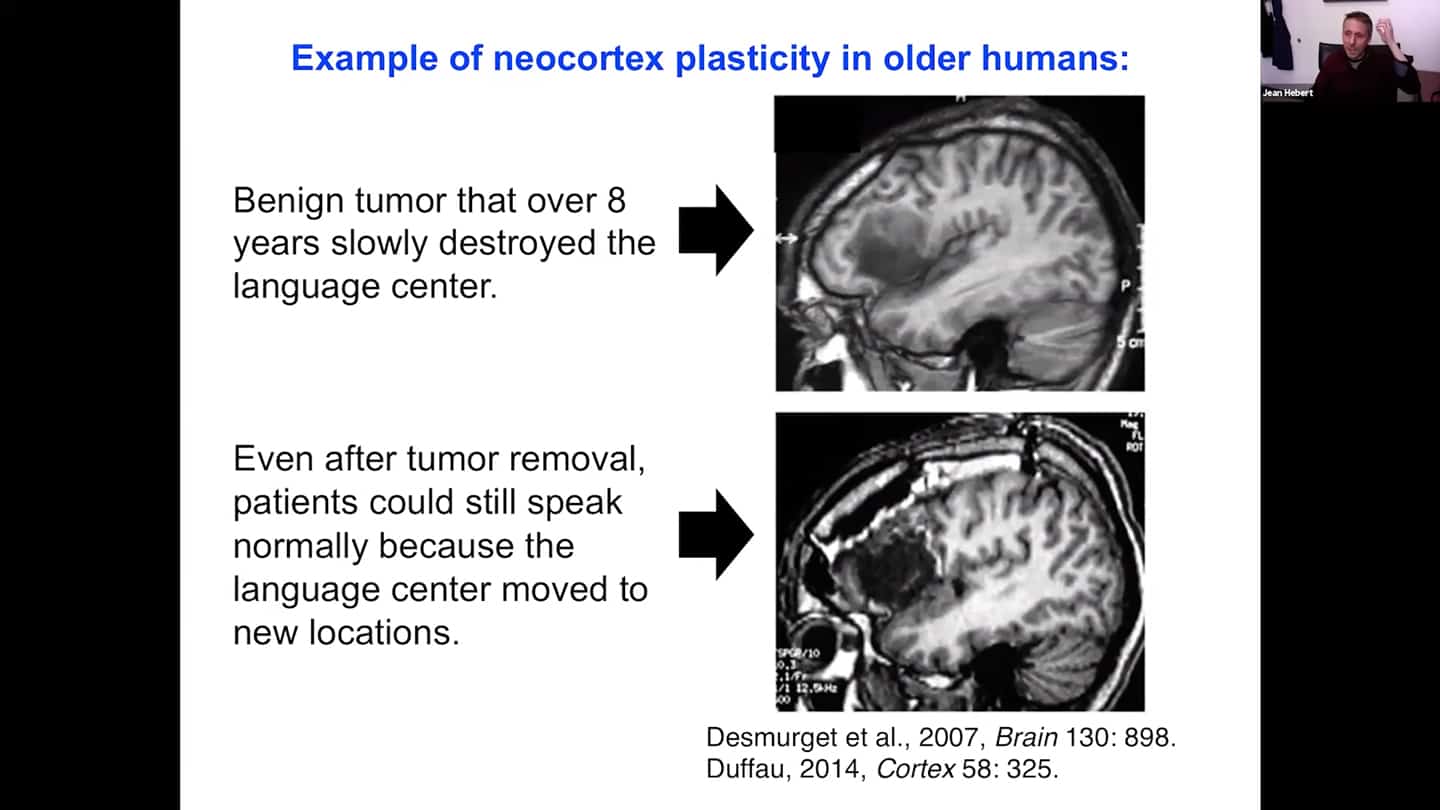 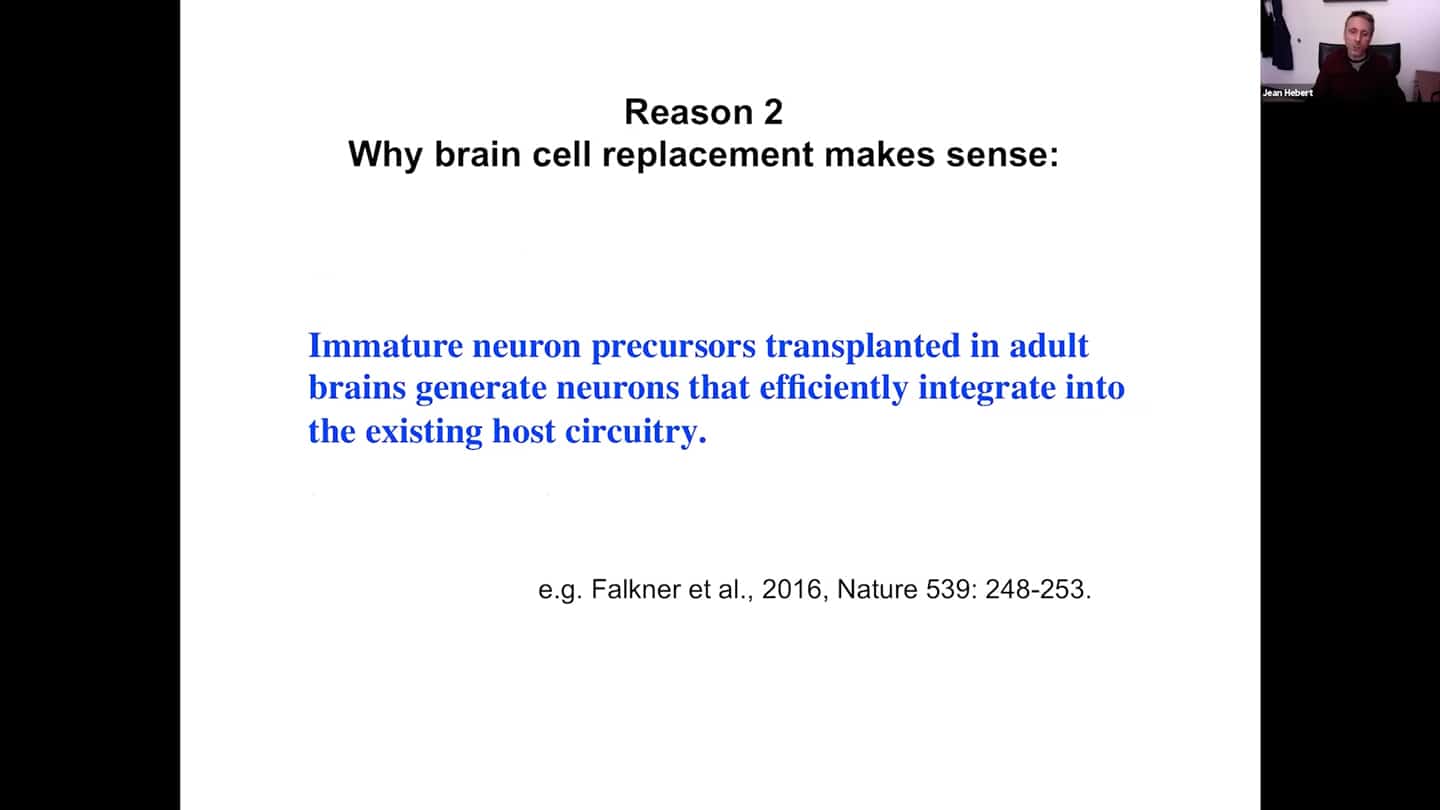 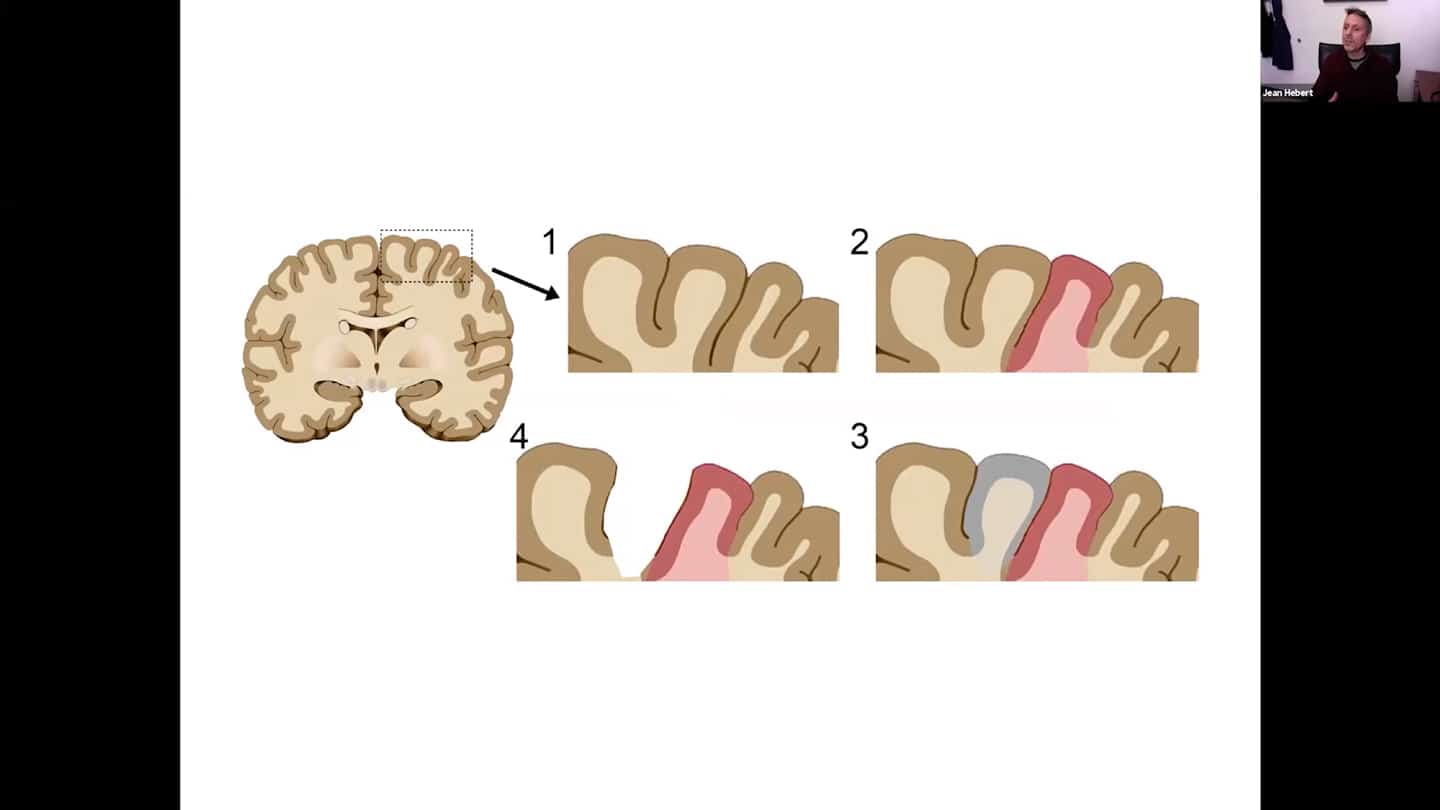 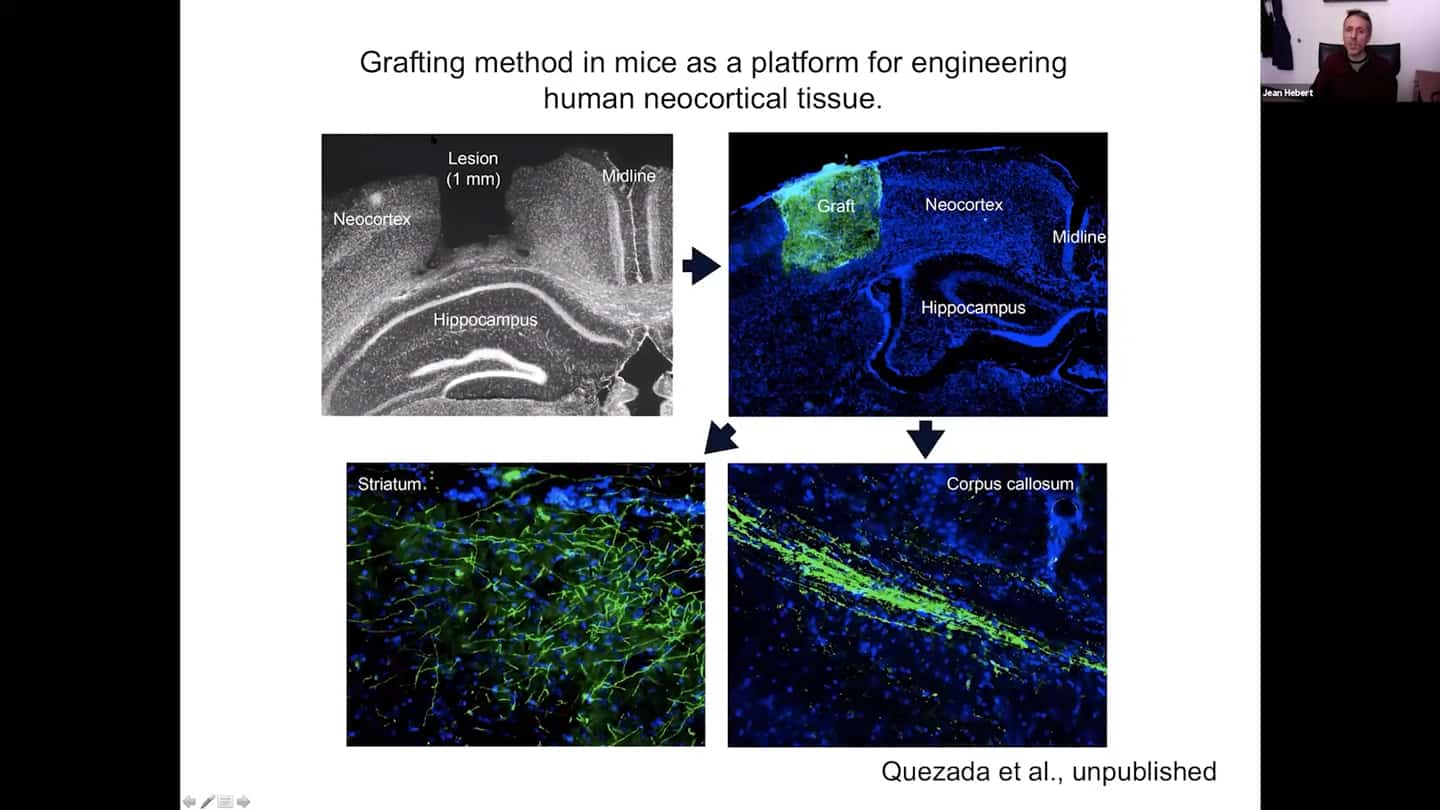 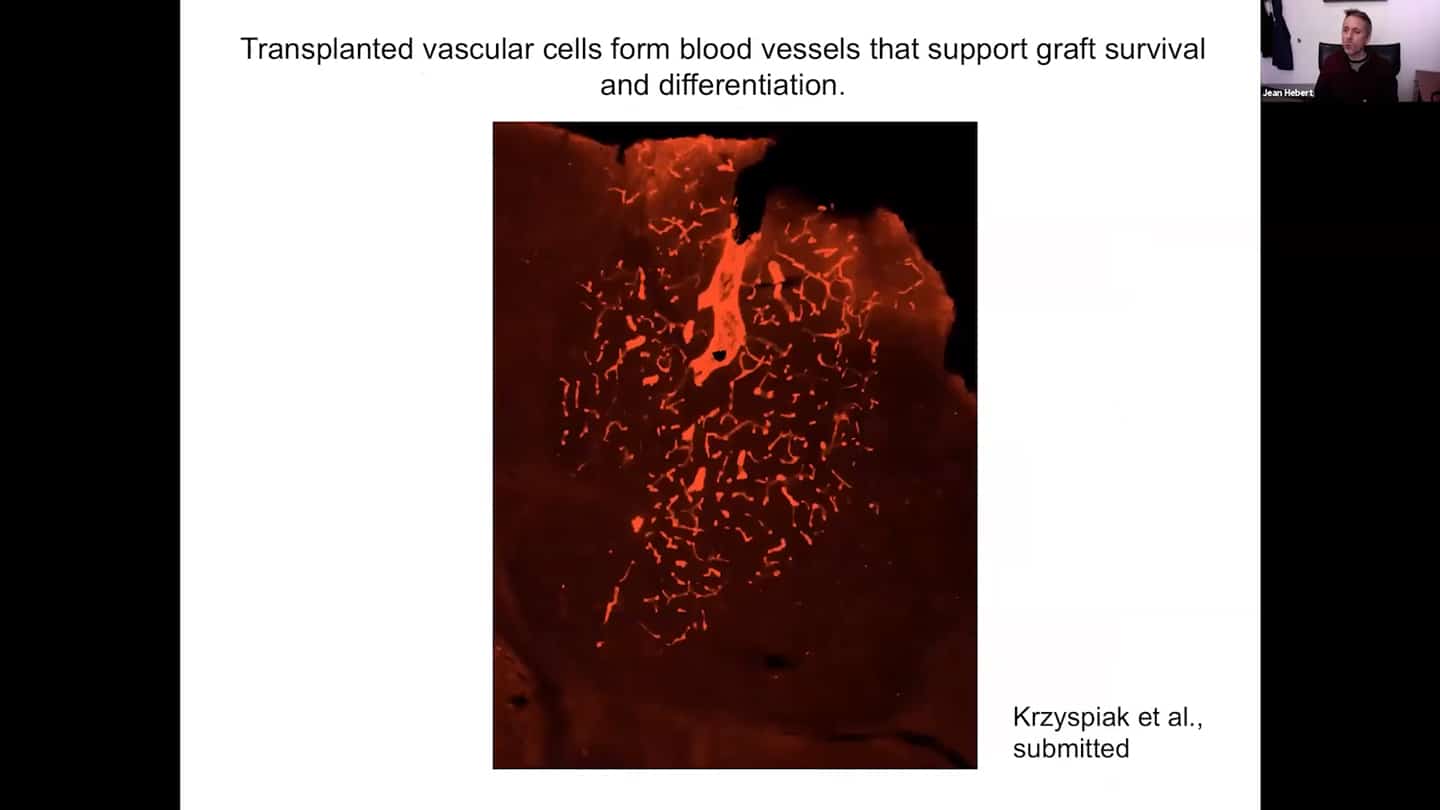 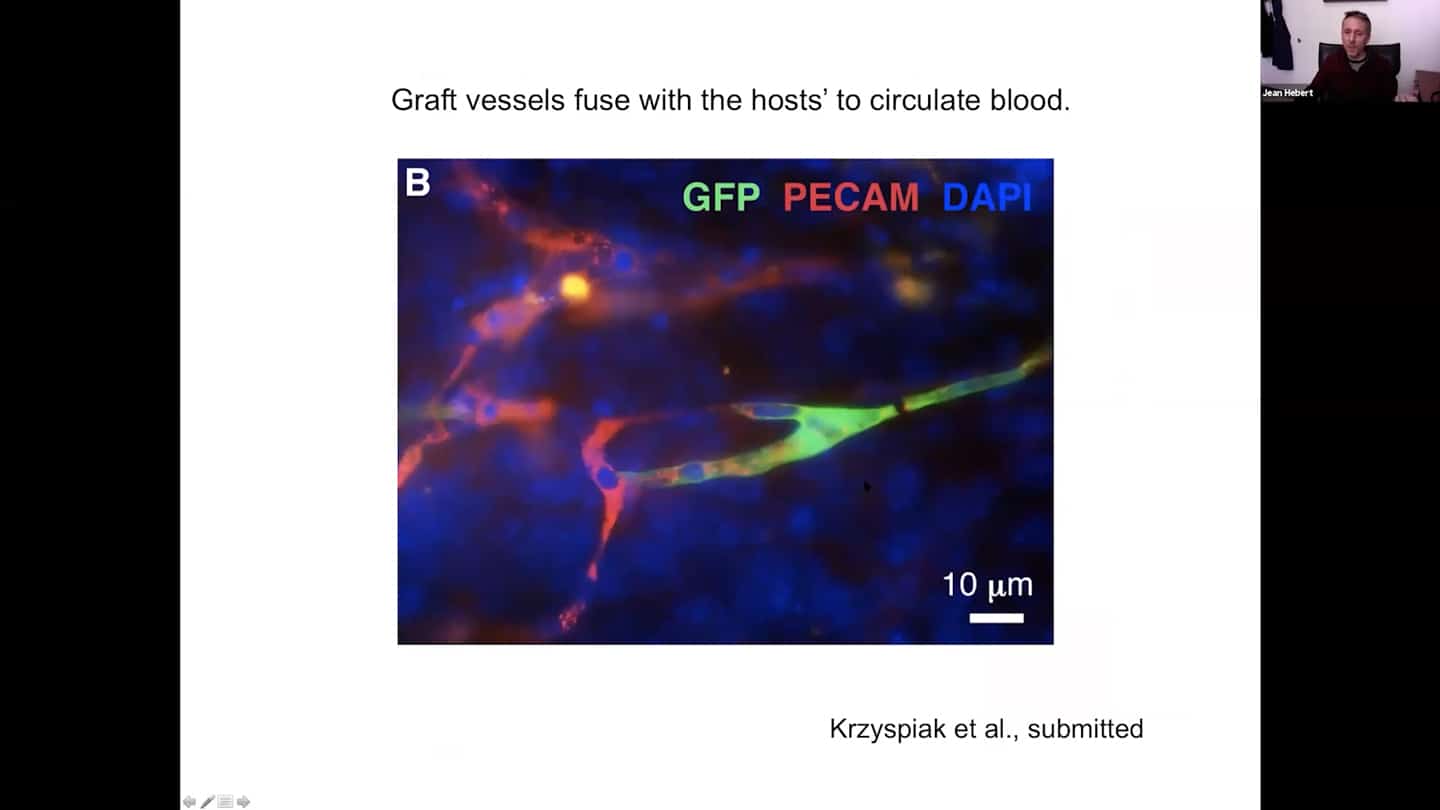 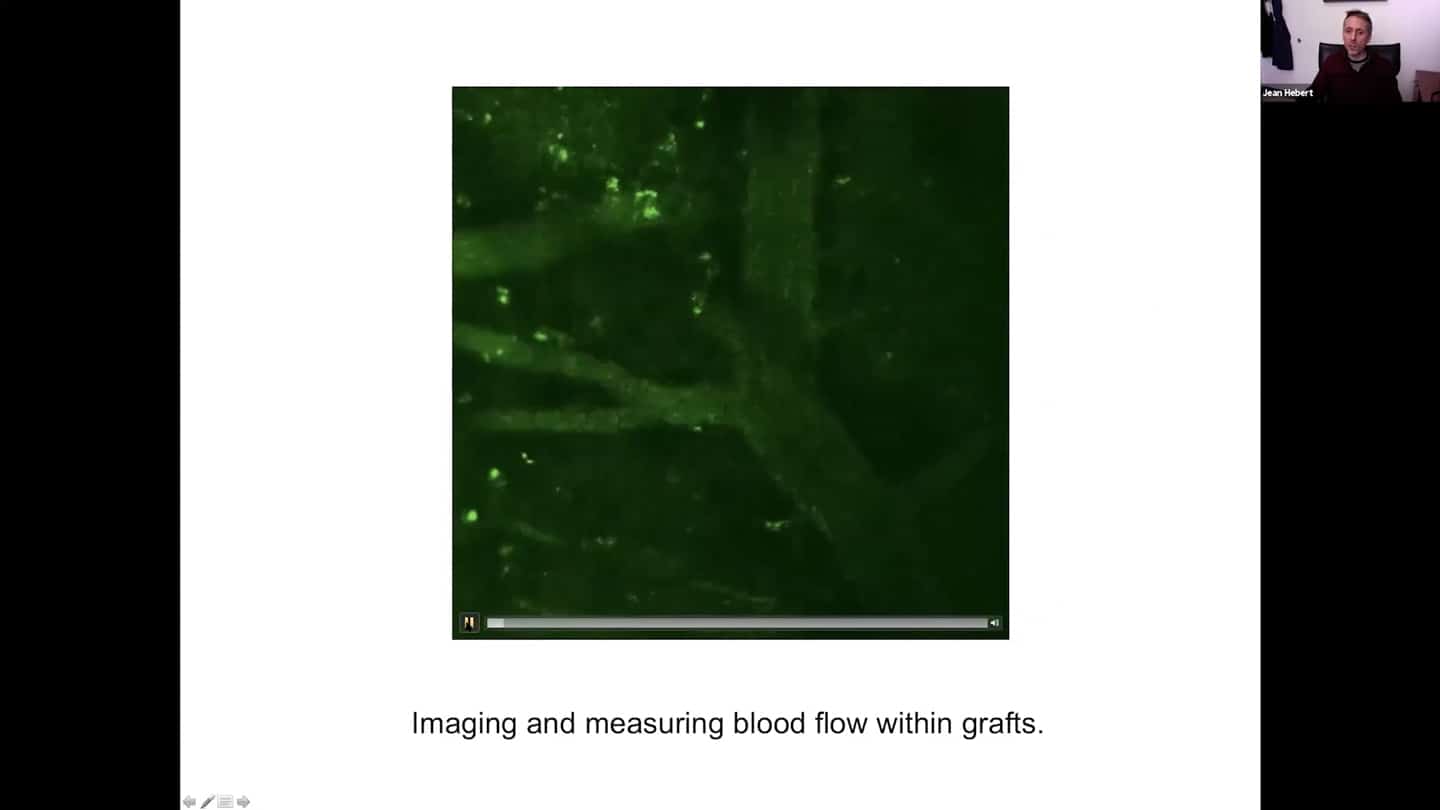 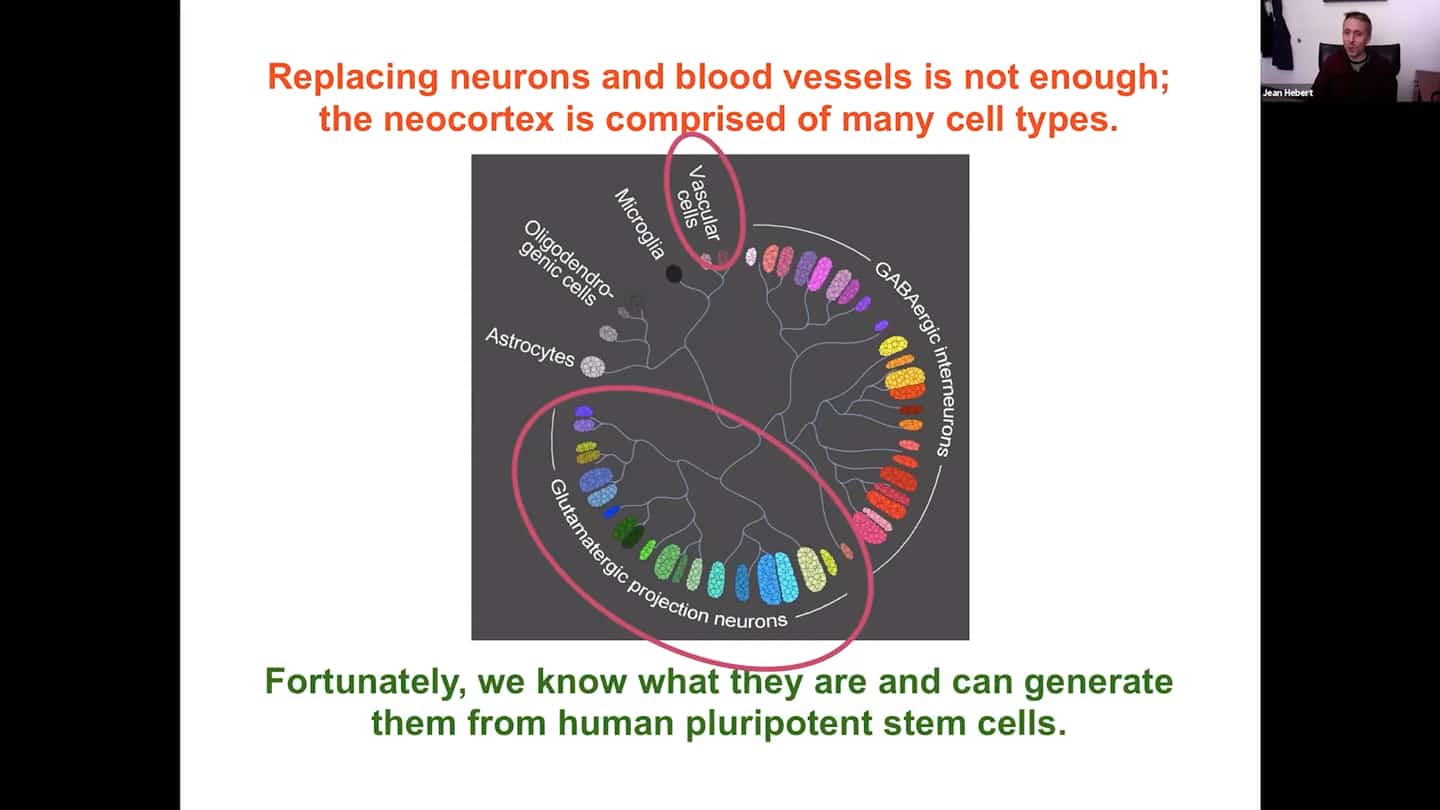 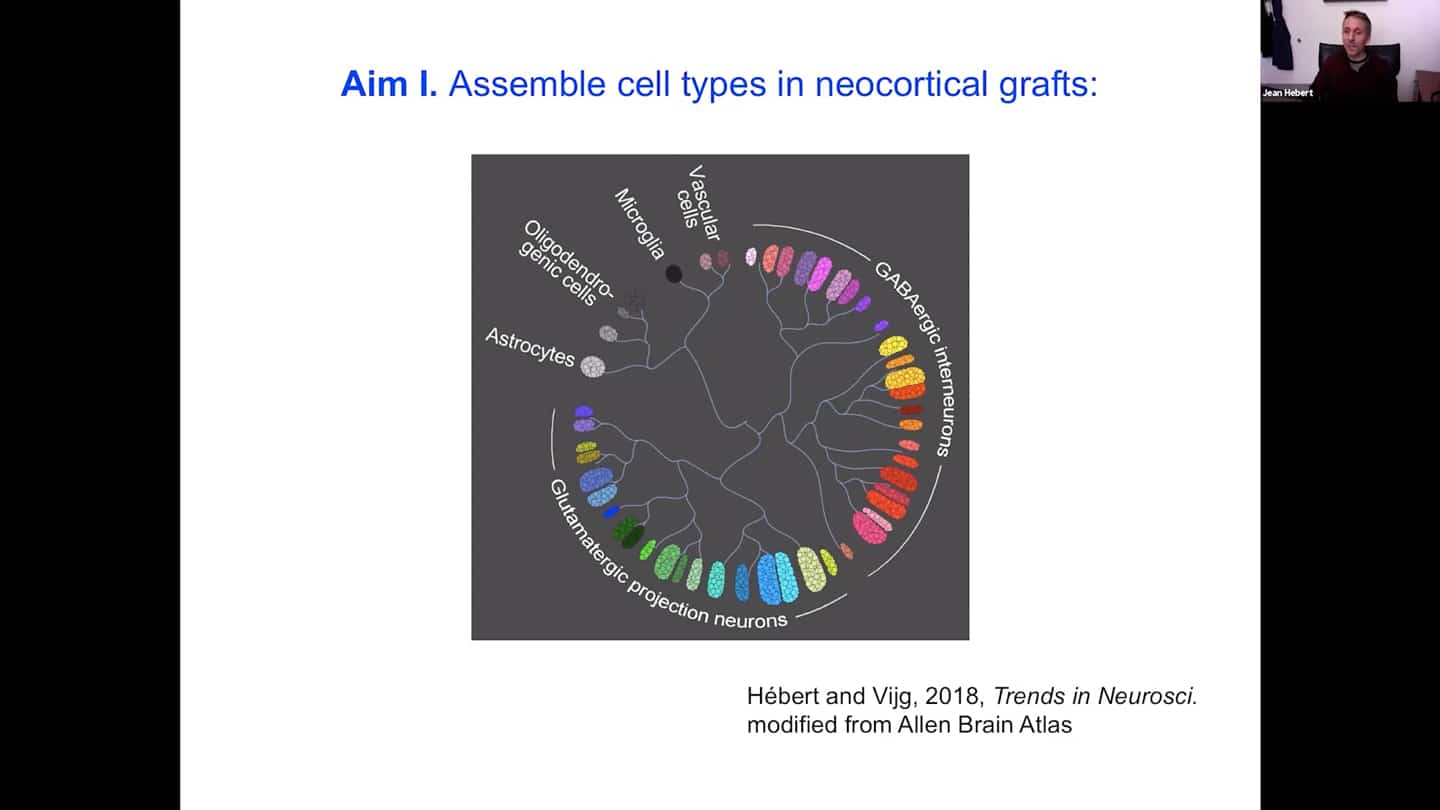 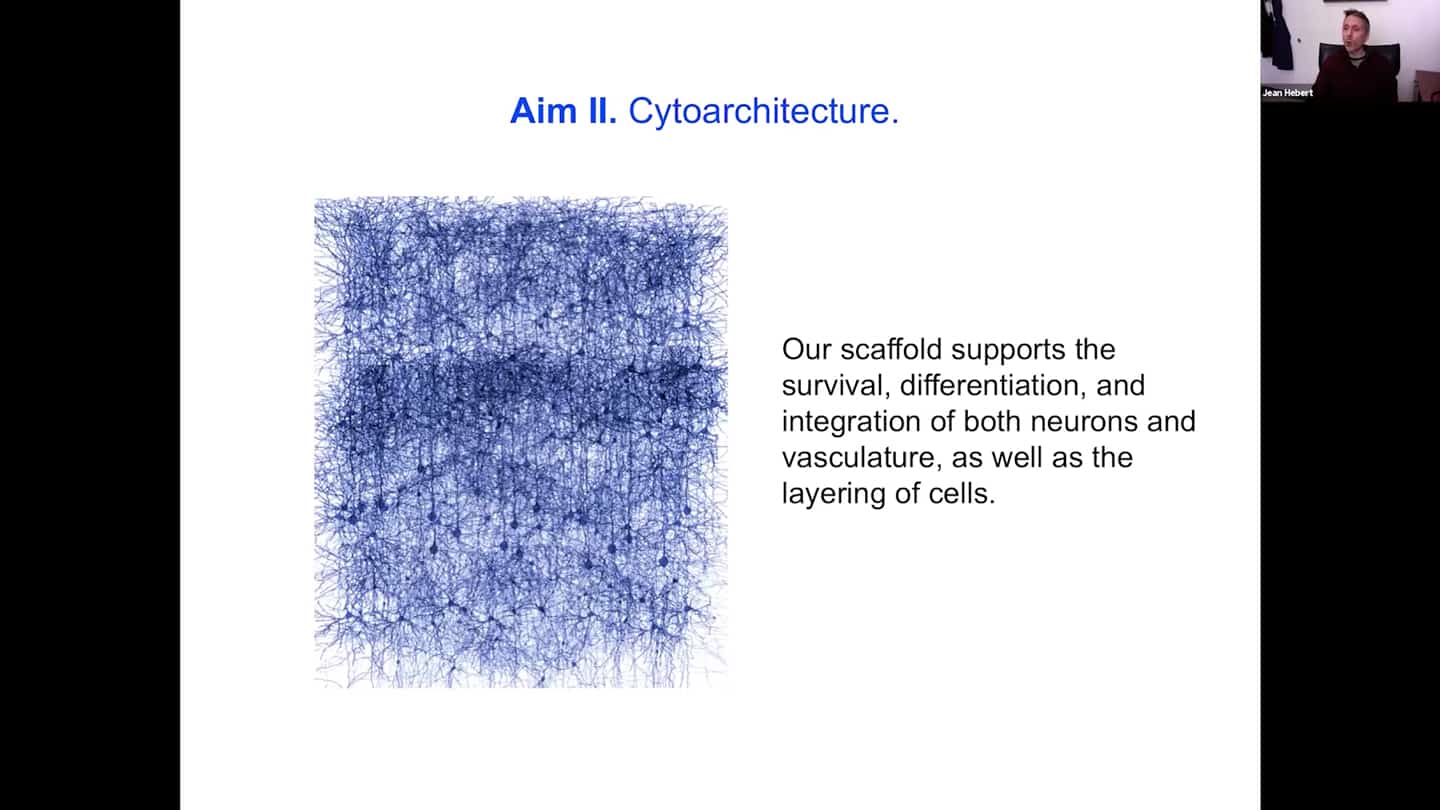 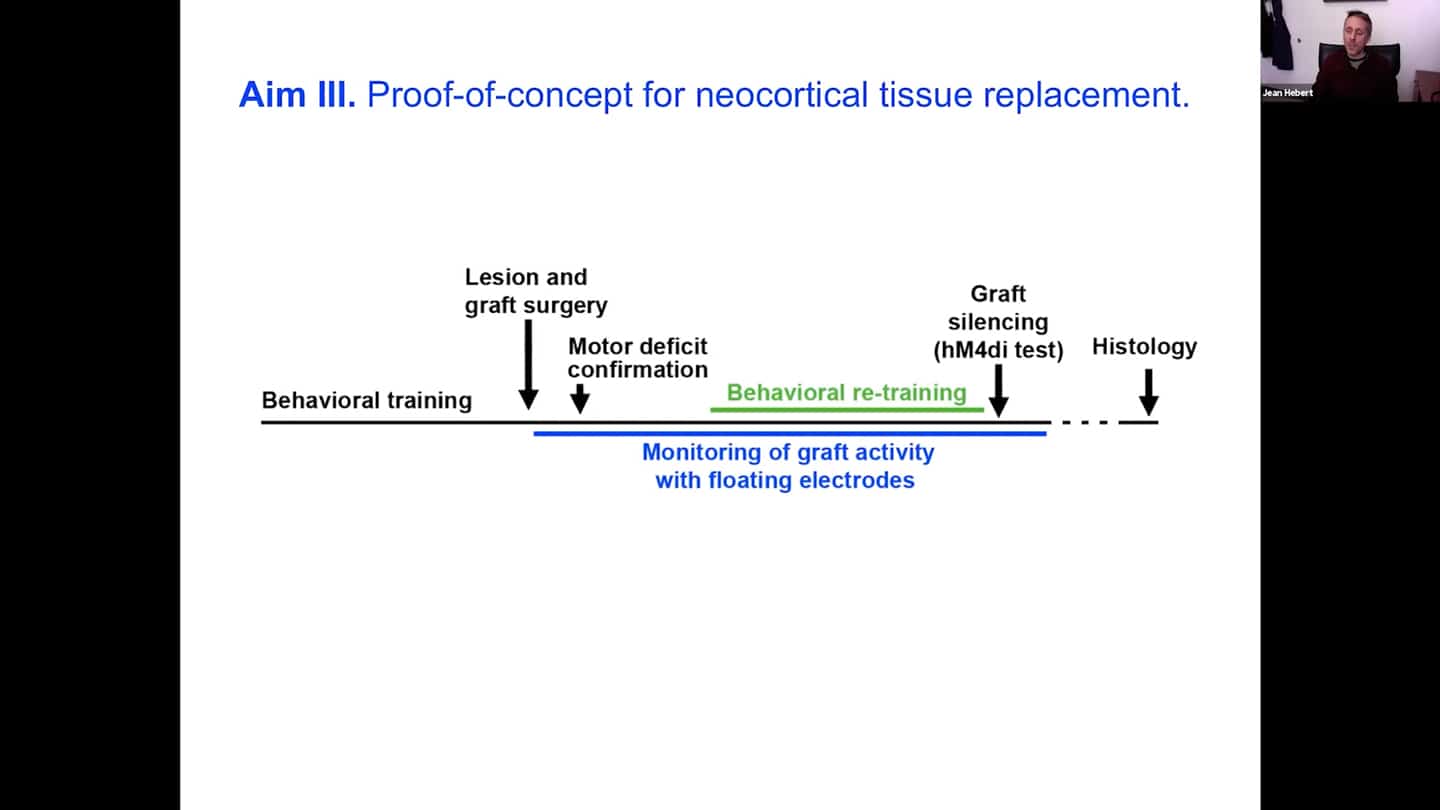 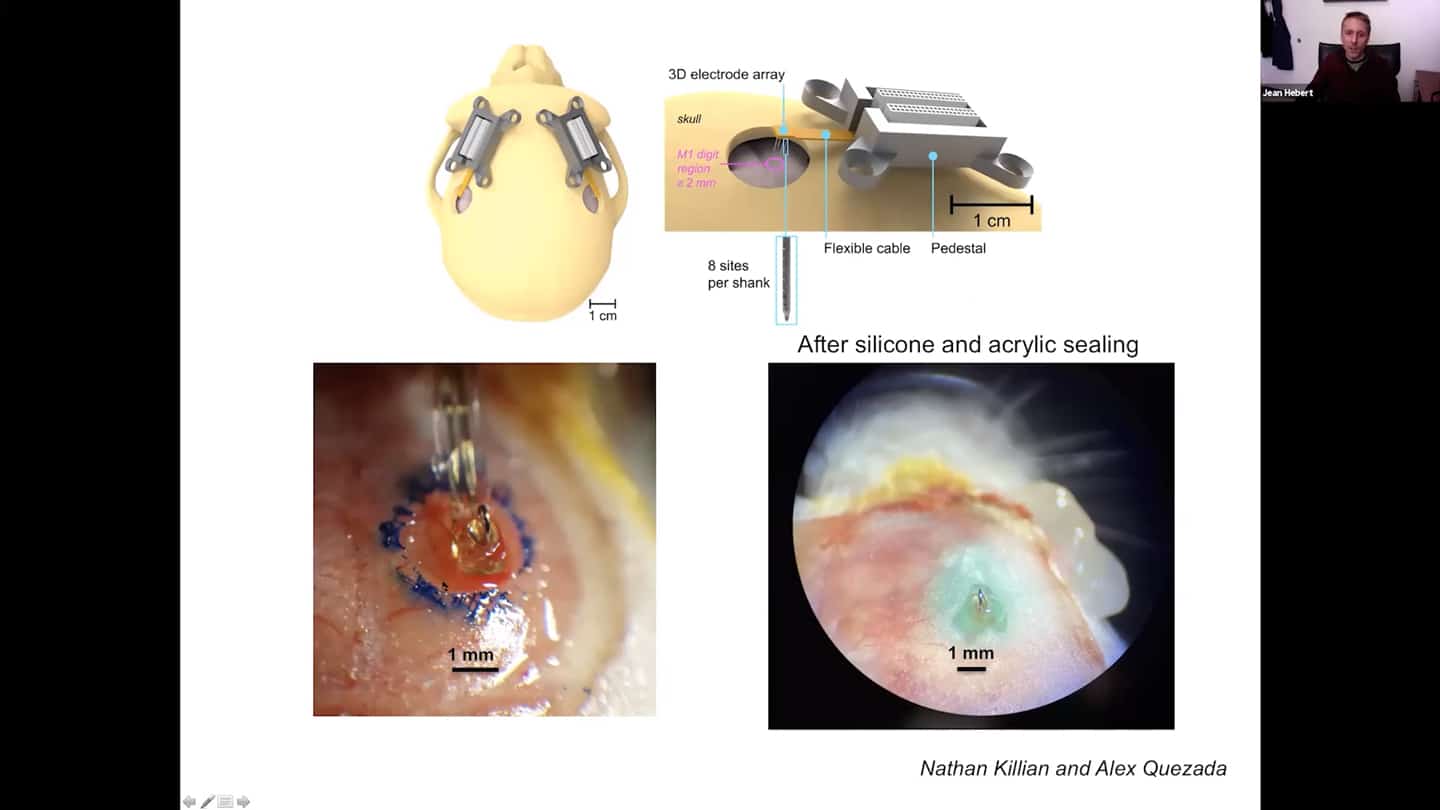 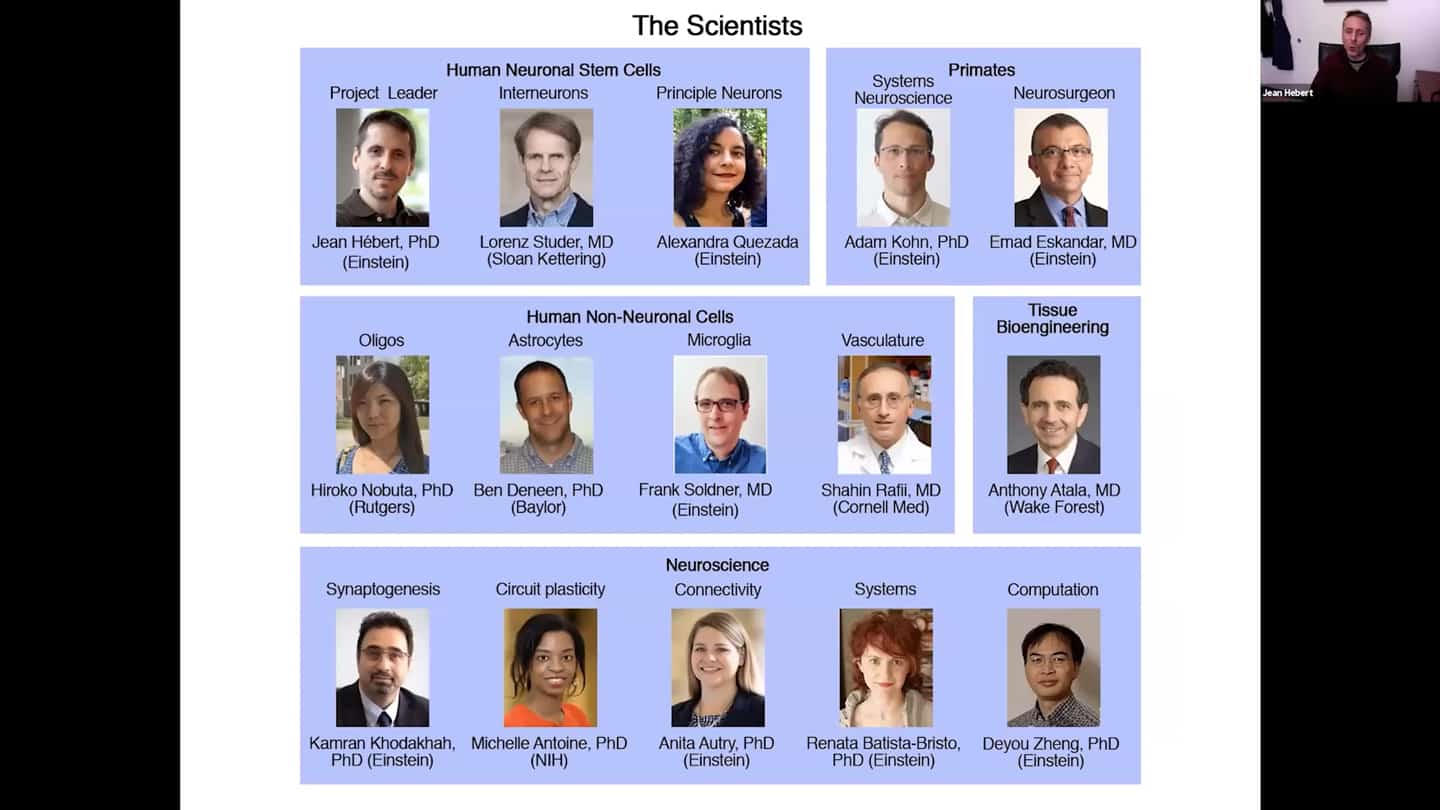 Do the grafts put out the signals that ischemic tissues put out that attract vascularity?

Is there reason to believe that – if a patient has advanced Alzheimer’s for example – will newly grafted tissue serve to remediate such system conditions, or will the newly grafted tissue quickly become similarly corrupted due to the surrounding environment? Not expecting a definitive answer, of course, just curious if there is reason for optimism in this regard.

The pessimistic case would be that with the buildup of the damage, it will be also necessary to address the generation of the damage itself, because the damage will spread really fast once there’s a lot of it (like senescent cells, misfolded proteins), as we already see it in recent studies, therefore just adding cells won’t be enough.

This is obviously a long term project. Could you define a clear goal that a funder could latch onto for sponsoring an institute project? An inspiring and motivating milestone with a specific goal to achieve in a number of years perhaps? And how much would that cost?

How much have you done studies on tumors and mapping how they are destroying the tissue? How much remapping is there? Is plasticity the main thing why you think this approach would make sense? There was a lot of effort with regenerating spinal cord and they got close, but are not there yet, perhaps because the plasticity in the spinal cord is worse.

What kind of tissue are you going to replace with? Is it fetal tissue?

Are you familiar with the work of Ellen Heber-Katz, who has been for quite a few years now inducing regeneration in mammalian organ systems without grafts but merely by manipulating the metabolic environment and activating basically latent amphibian regeneration capabilities in mammals? I believe they made progress not only with the heart and bone and skin, but even with the CNS and spinal cord without grafts. Maybe you could do it with the brain as well? Any interest in that?

Regarding to the possible disruptive complicated and perhaps damaging nature of the surgery, I wonder whether there might be a way to to introduce individual cells and use some sort of chemotaxis to get them to go where they should go without actually having to silence large parts of the brain and replace that with some sort of large amount of formed tissue? Or is that just something that’s gonna be too hard to get enough cells to go where they need to go and to differentiate and take on the role they need to take on structurally?

What can people do for your group?