There are many things that we all would like to see realized, but no individual has an incentive to contribute to. Assurance Contracts have a novel payoff structure. We pre-commit to take an action —such as giving x amount of $/BTC/other cryptocurrency to the longevity/journalism/open source project of our choice— if and only if enough others commit to do the same to reach a critical threshold. Dominant assurance contract have the added condition that if the funding benchmark isn’t reached, the provider pays a prize to the pledgers. Pledging becomes a dominant strategy, or in Tabarrok’s words, “a no-lose proposition—if enough people pledge you get the public good and if not enough pledge you get the prize.” This meeting is part of the Intelligent Cooperation Group and accompanying book draft.

This talk will span two papers on the private provision of public goods. First, we’ll hear about Public Goods, then about potentially better models for crowdfunding.

To The Laboratory Experiments! 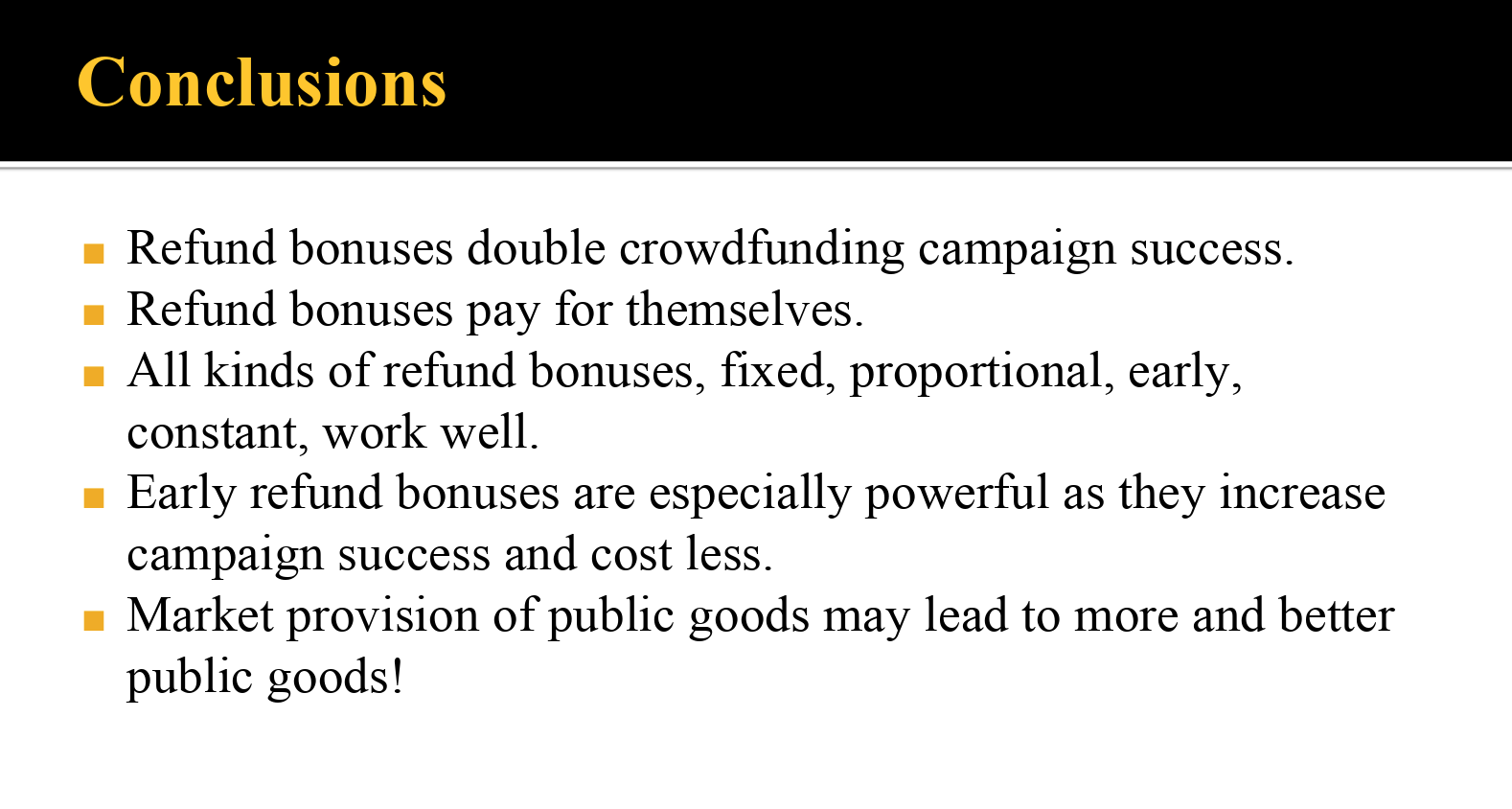 How does a dominance assurance contract solve the free-rider problem? The mayor requiring participation seems to not reflect in other uses.

Why did your experimental subjects ever not contribute?

What about projects that should NOT be funded but get funded because folks want the bonus?

Kickstarter isn’t really producing public goods, because the whole idea is that you’ll get a public good even if you don’t contribute

What is the most exciting near and long-term use case of these contracts?

What can people do to help with your projects?

A related proposal for rooting out corruption: on every voting ballot, you also vote for who you think is the most corrupt. Preseves privacy, gets information. The key is making people feel really safe before they put their name on something.

Have you figured out how to encrypt contracts on-chain and pull them down trustlessly?