In this session, Daniel Ives, founder of Shift Bioscience, introduced their transcriptomic driver clock which enabled them to identify putative drug targets for safer cellular rejuvenation, which might avoid the challenges coupled to therapeutic use of Yamanaka factors. Daniel goes into detail on what the clock enables, how they are planning to validate these putative targets, his wishlist for tools that could help speed up and de-risk longevity and aging focused drug development, and their upcoming capital raise.

At Shift Bioscience Daniel is making drugs for cellular rejuvenation in humans through the application of machine-learning ‘driver’ clocks to cellular reprogramming. Daniel was inspired to pursue a Longevity mission in 2009 after reading Aubrey de Grey’s 2007 book ‘Ending Aging’. As a U. Cambridge PhD student, Daniel joined Ian Holts group at the Mitochondrial Biology Unit to pursue damage-removal strategies for mitochondrial DNA mutations, which cause… 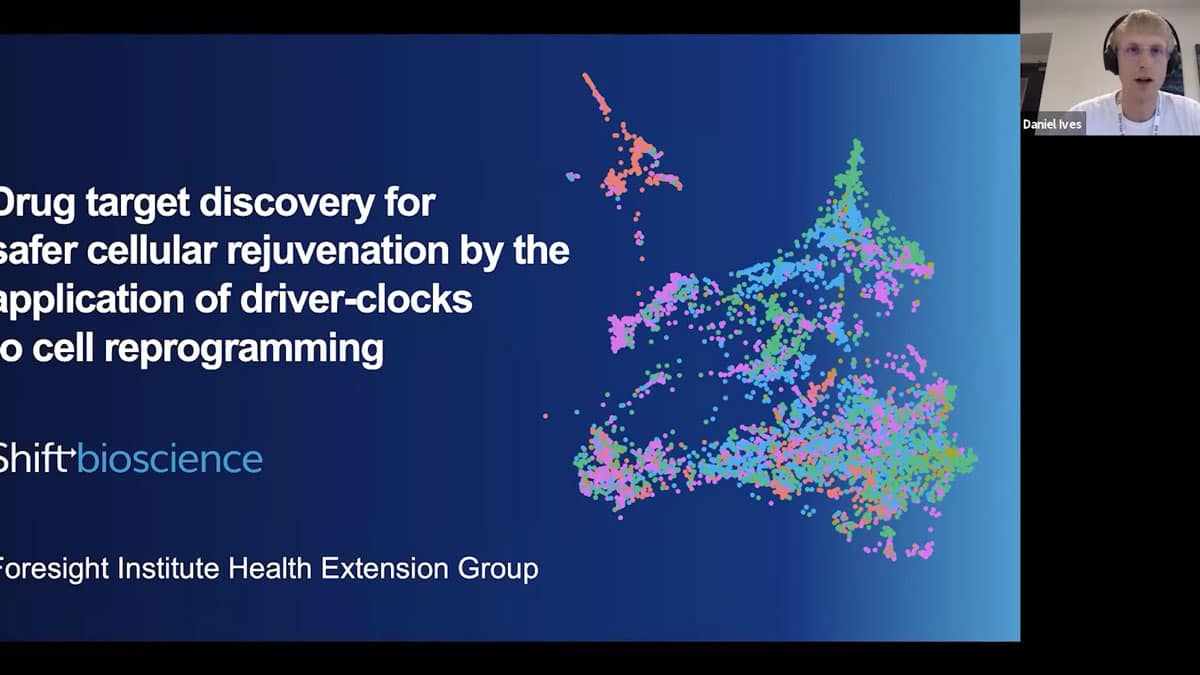 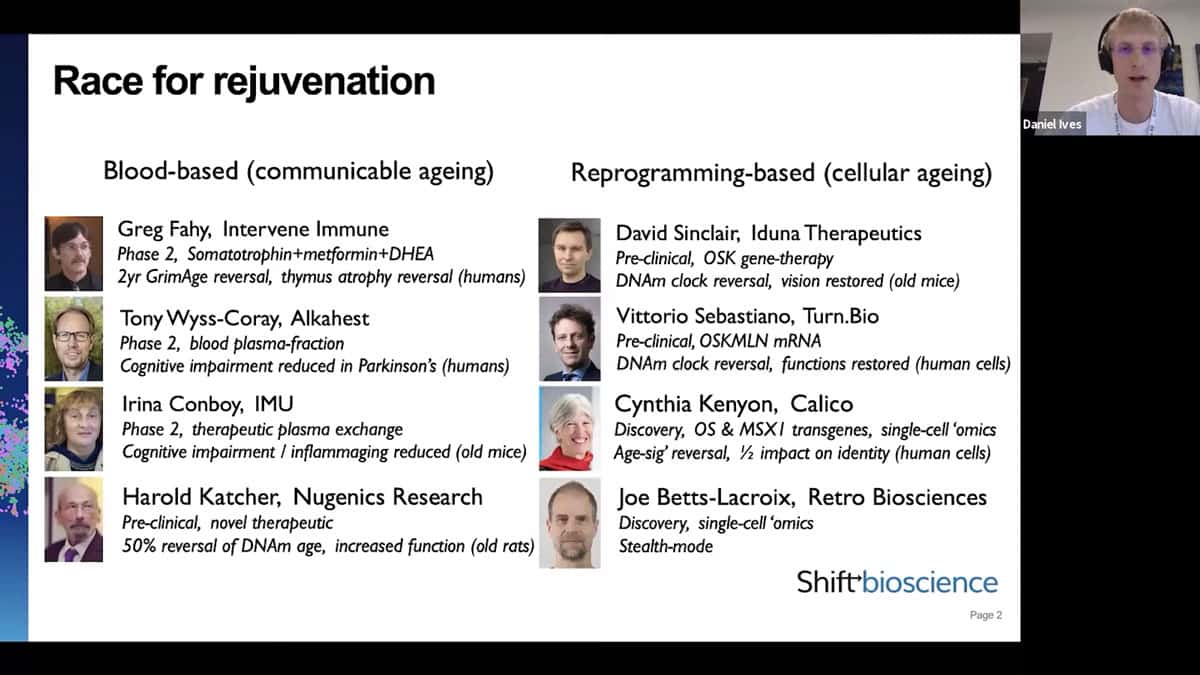 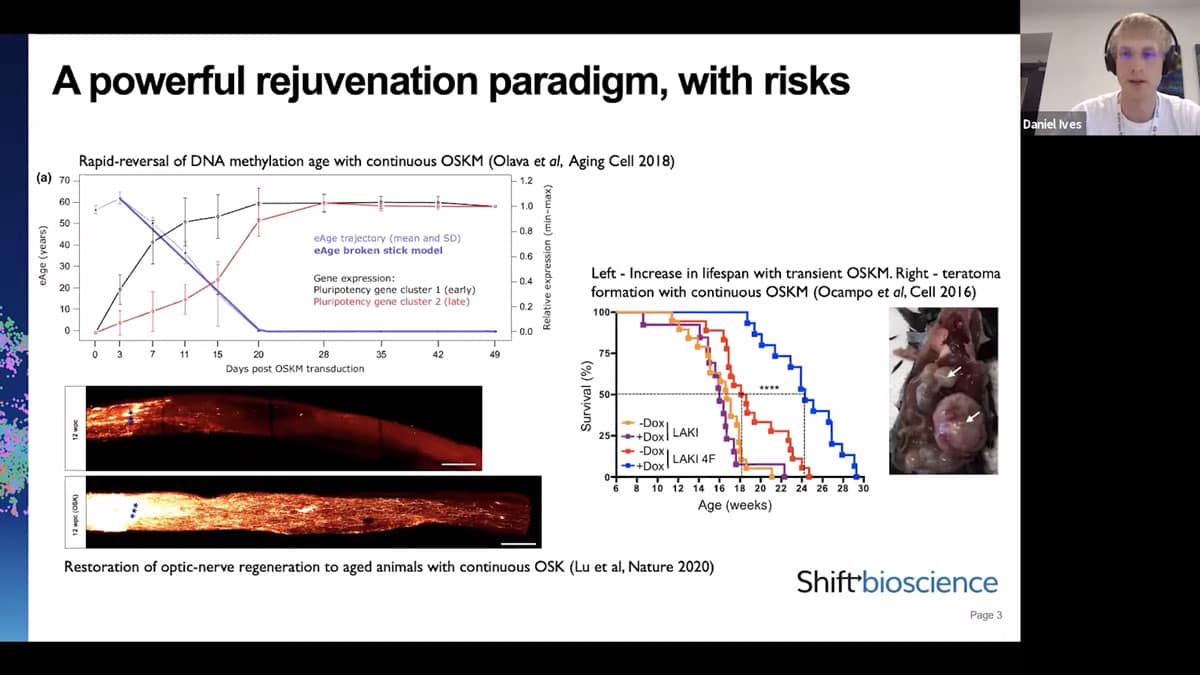 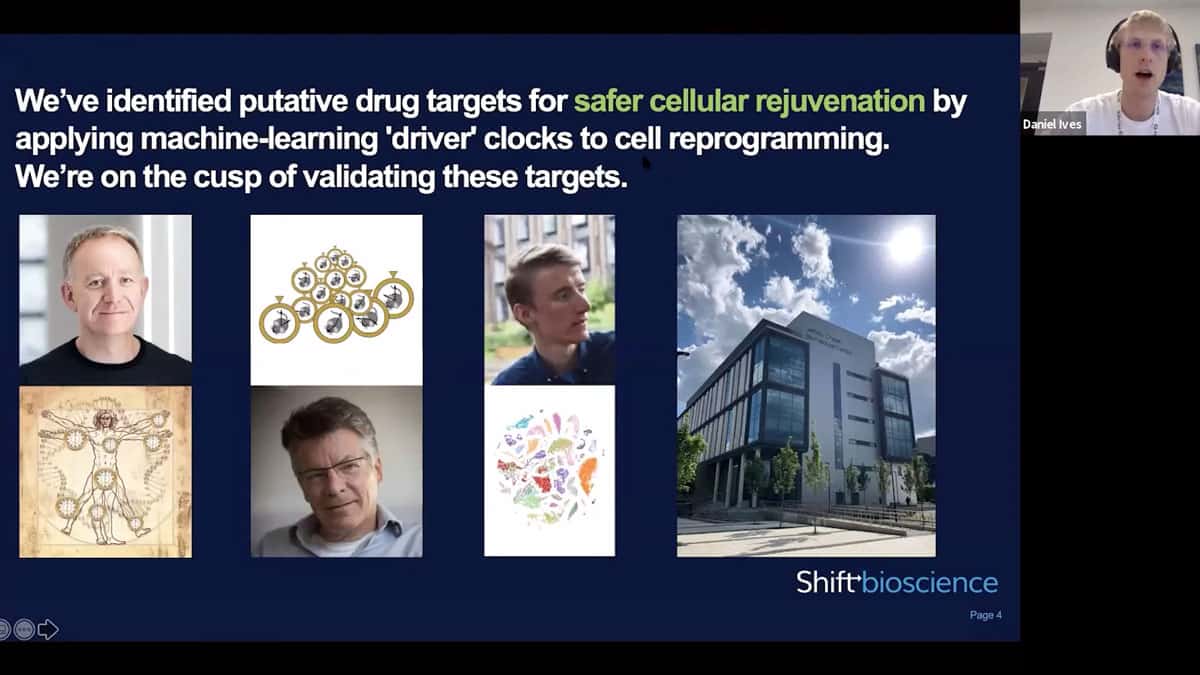 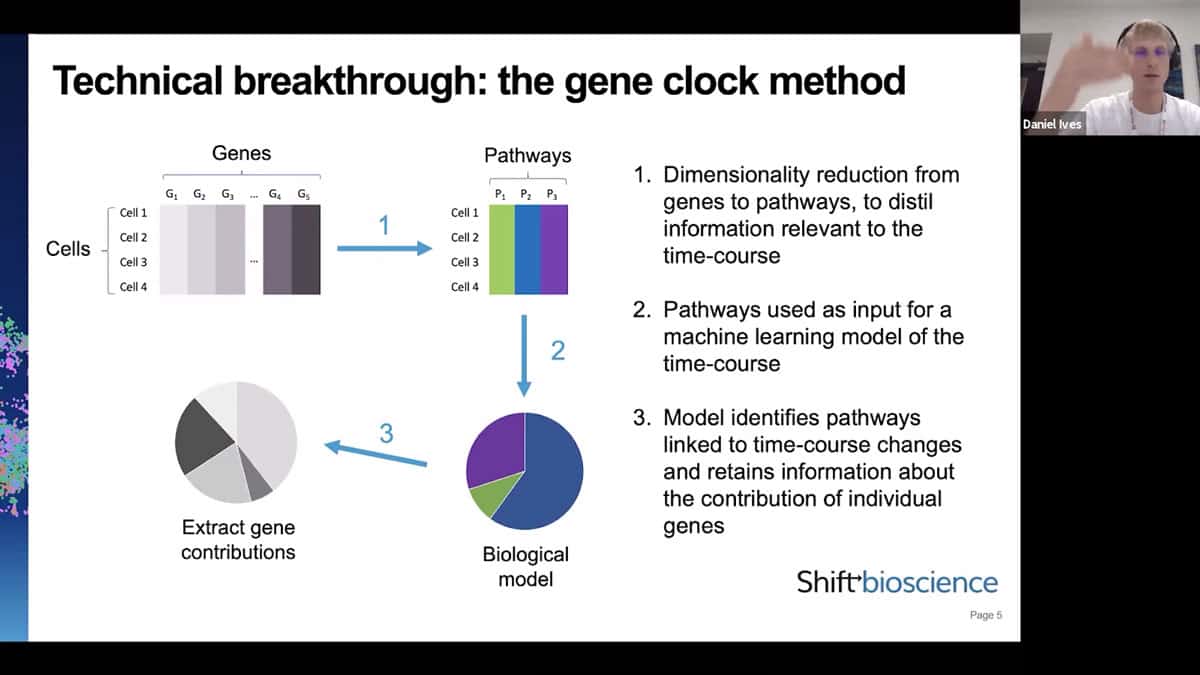 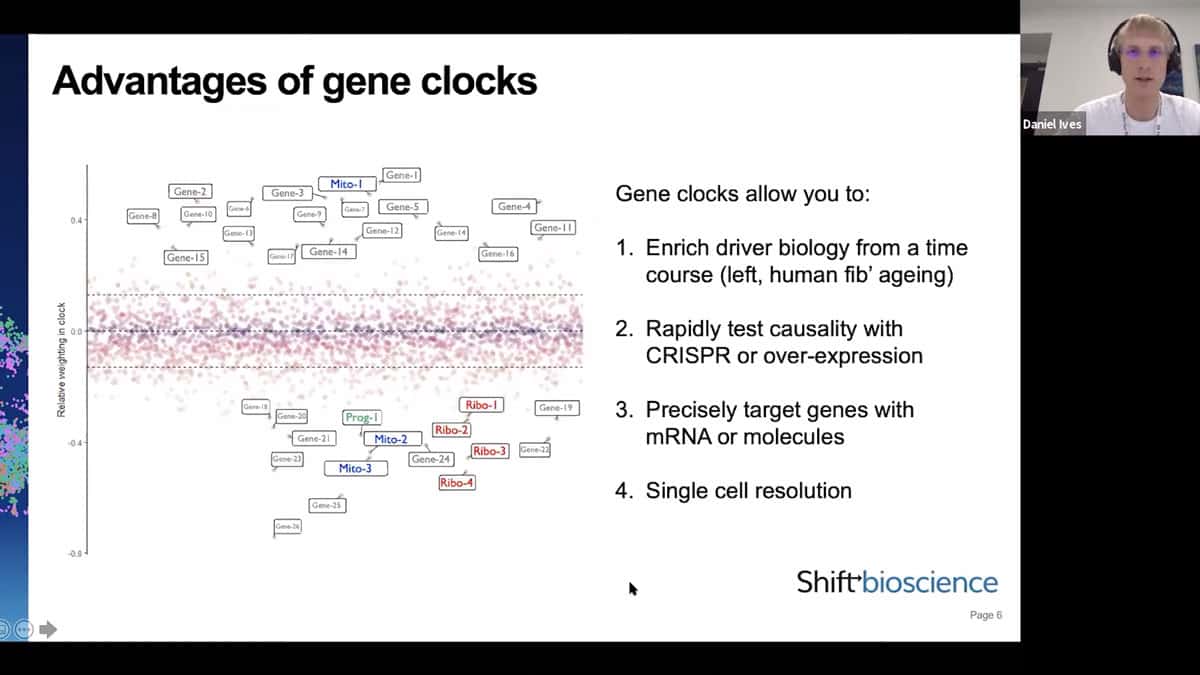 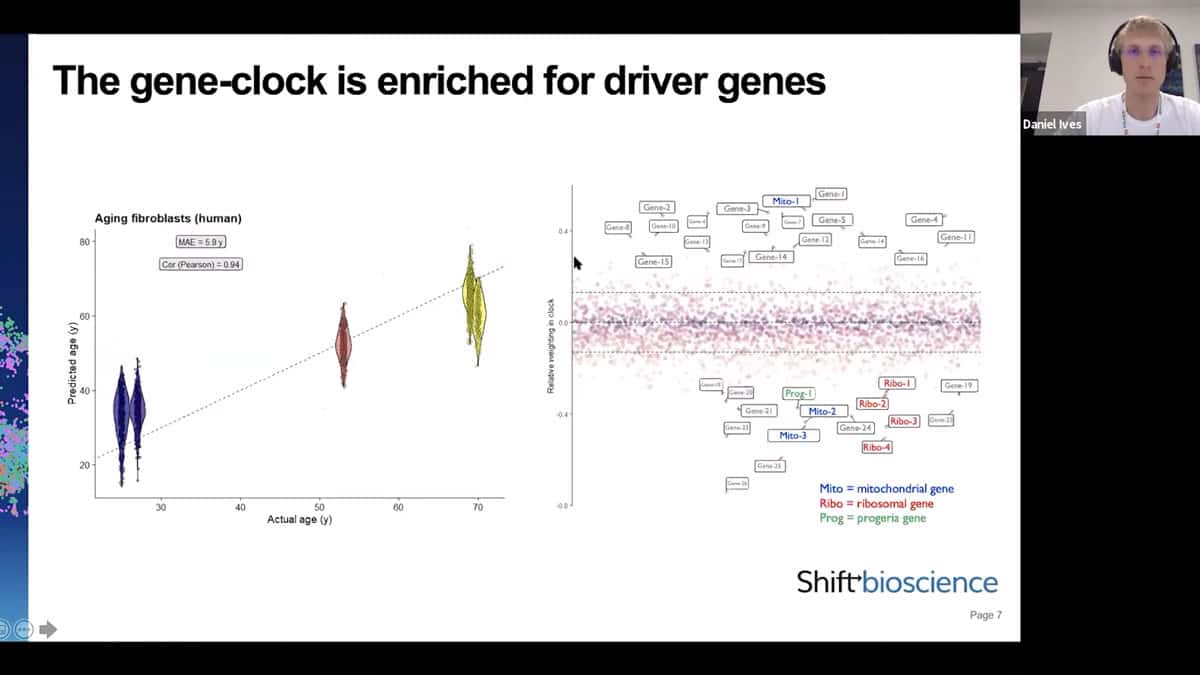 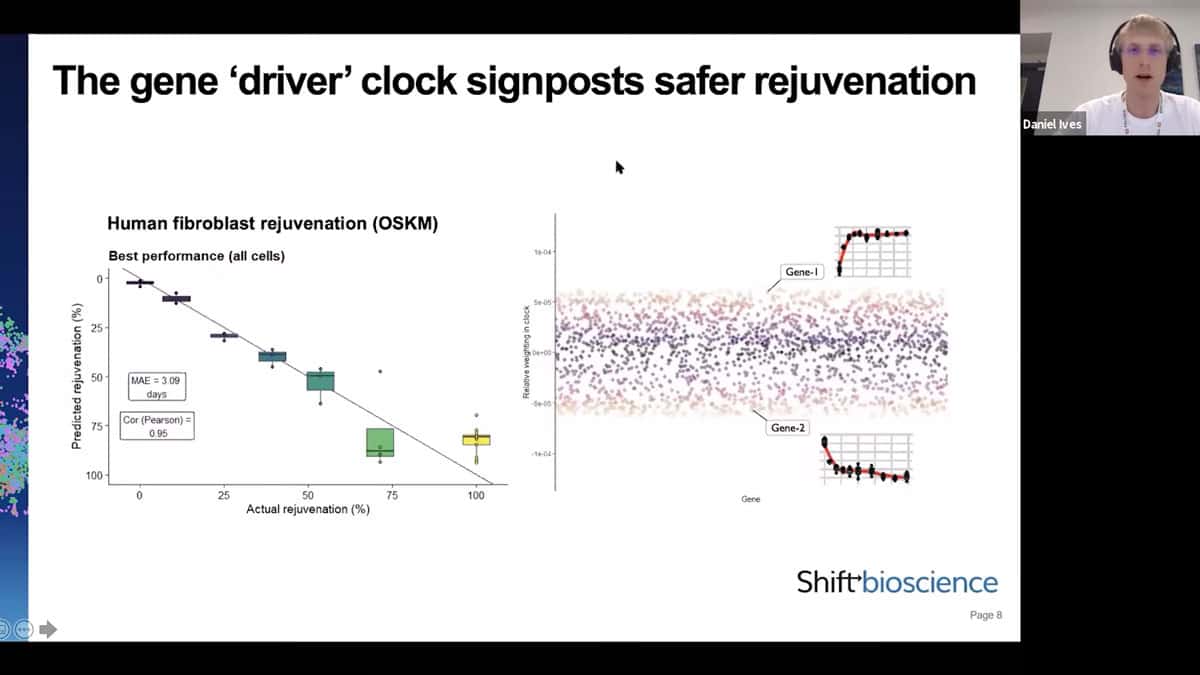 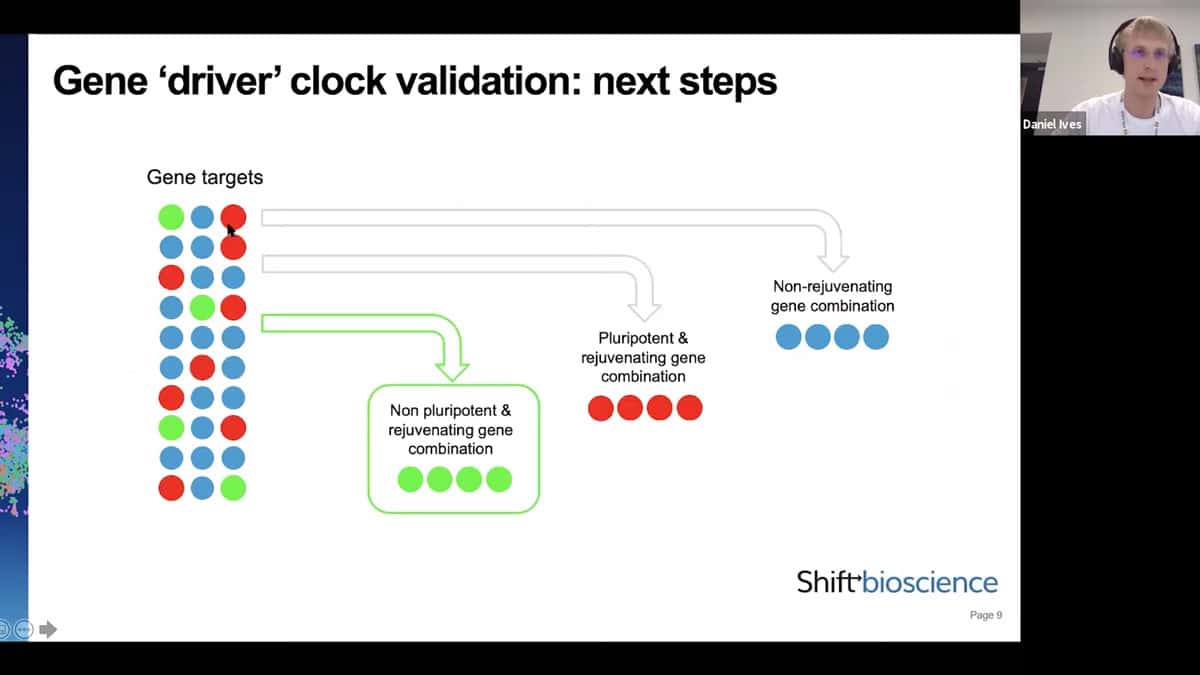 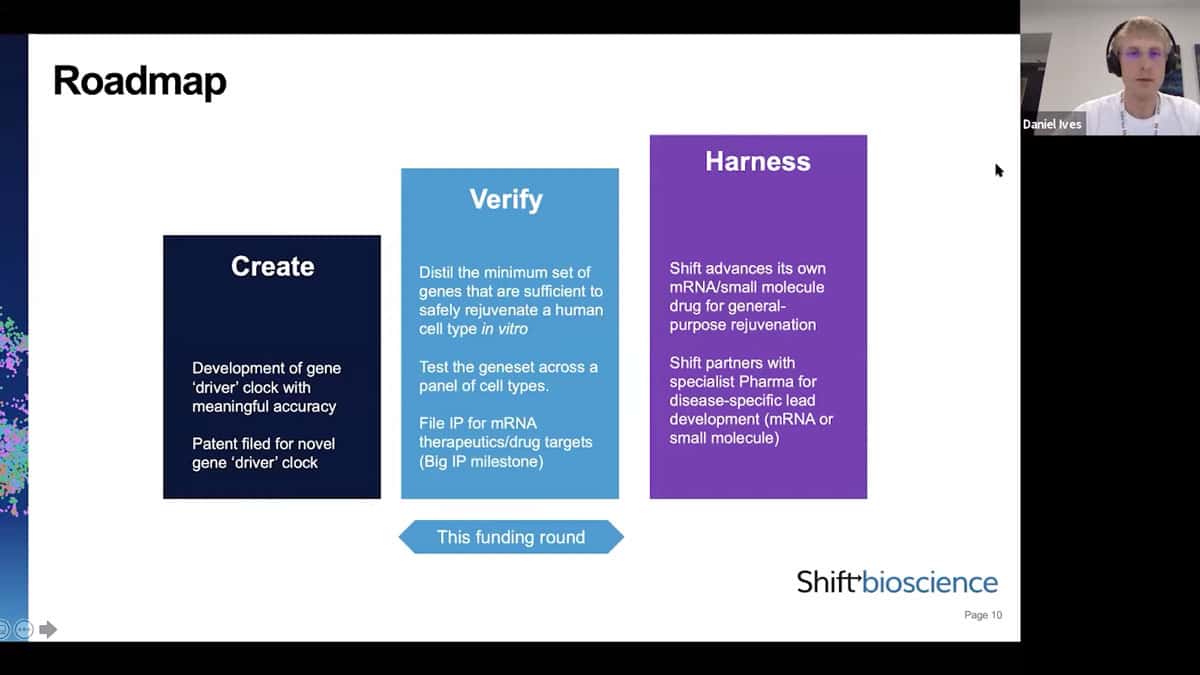 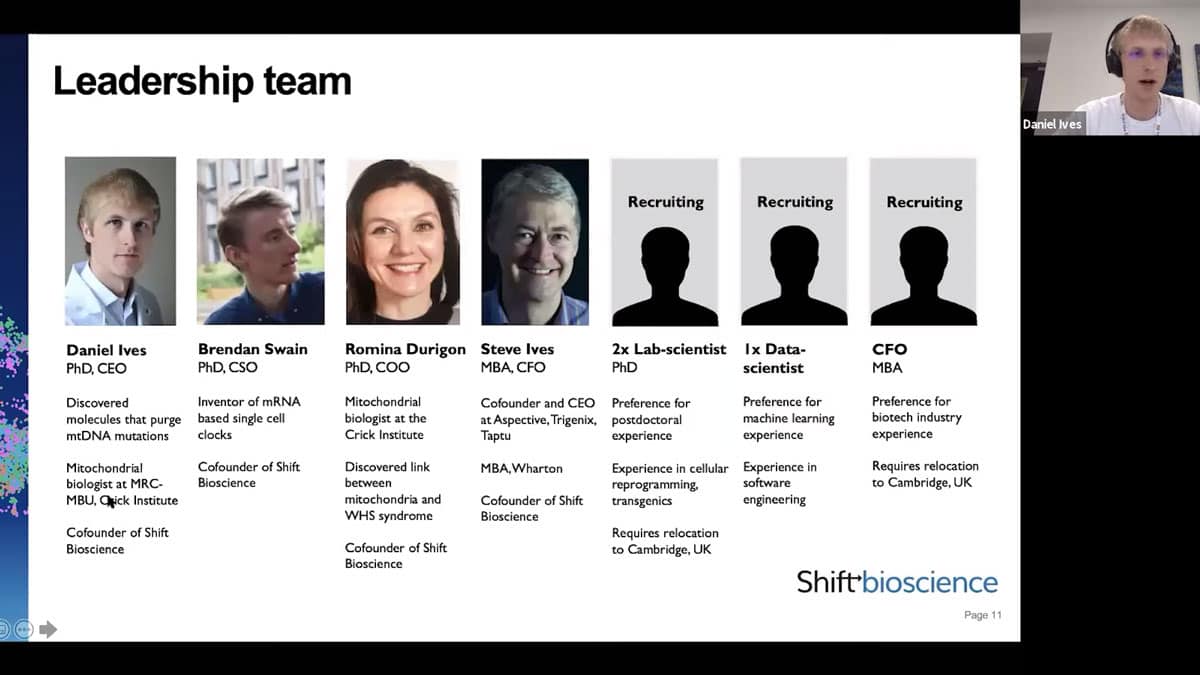 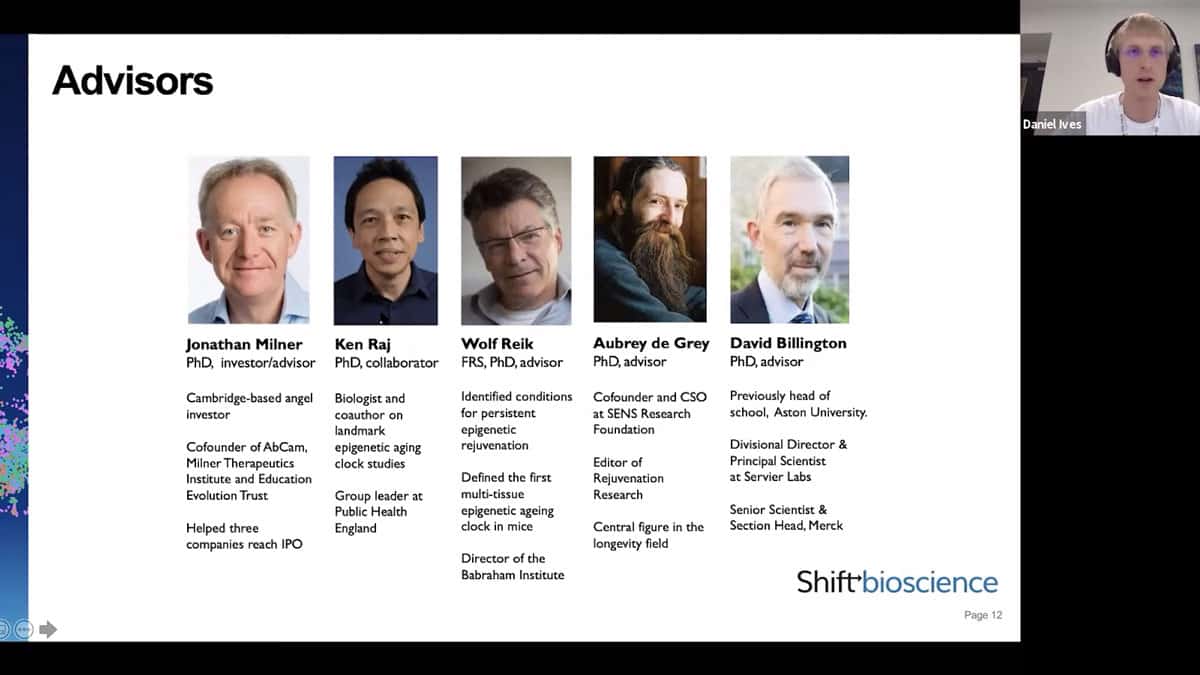 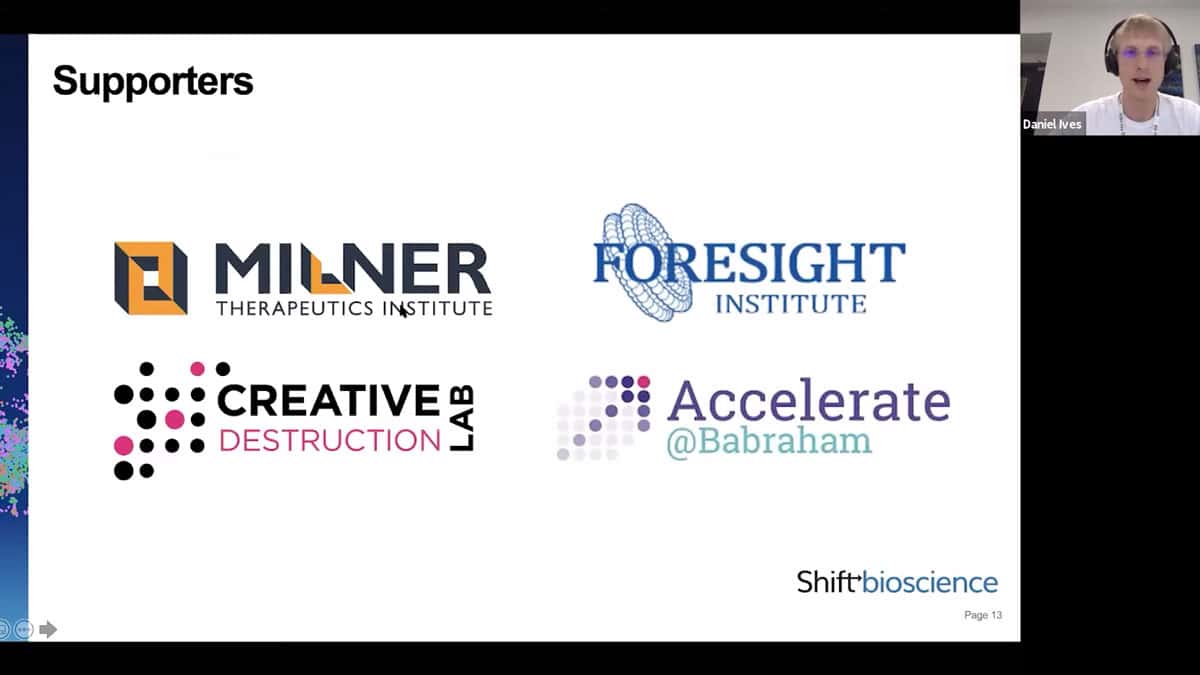 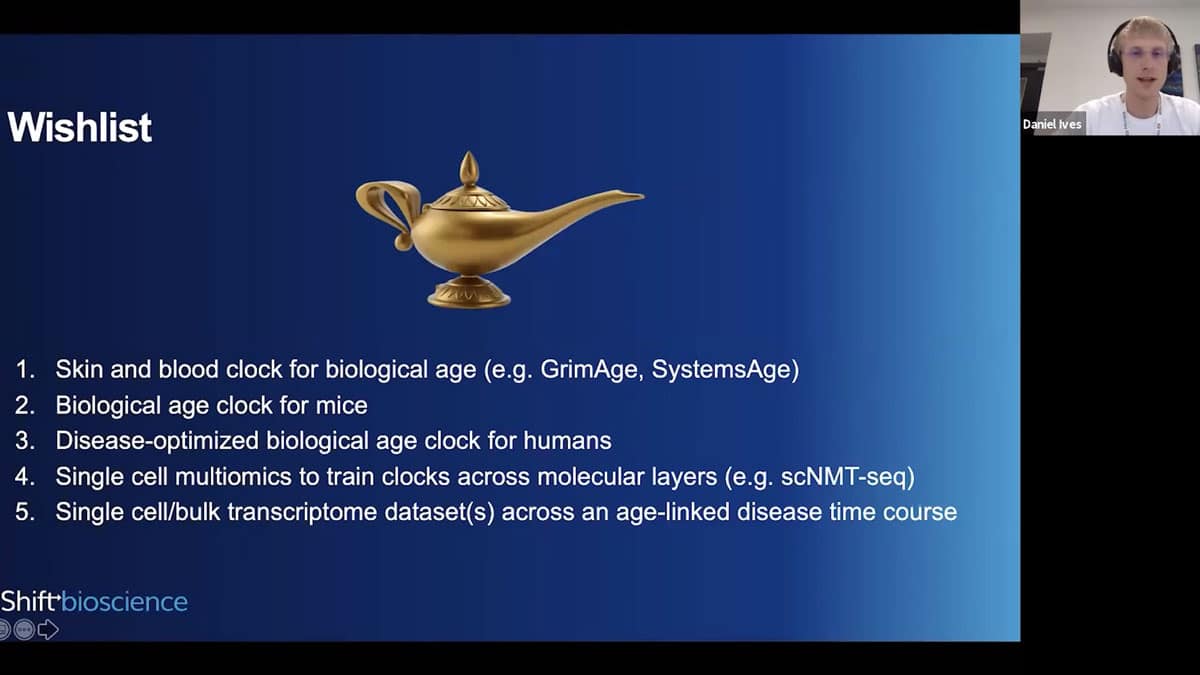 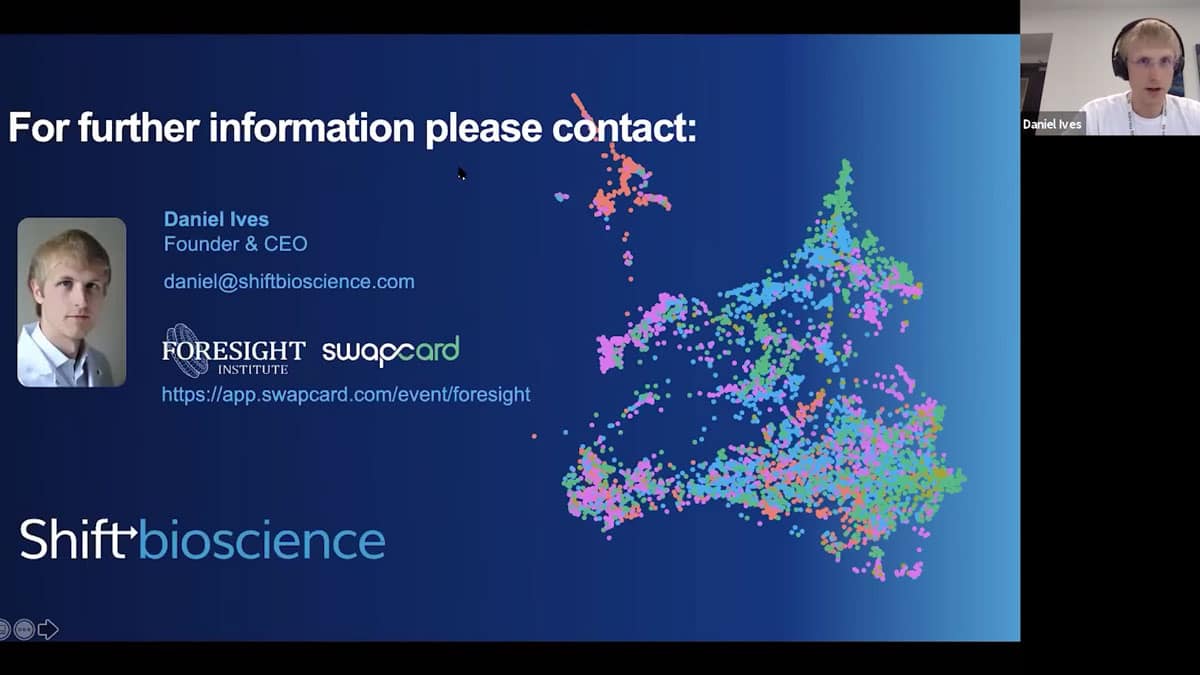 If you want to get hold of me, my email address is [email protected].

I have two kinds of questions here. The first one is, whether I am understanding it right that you’re working on data from mice? And on fibroblasts that you’ve taken from mice? And if so, why not humans? The reason I’m asking is that I have data that I haven’t published where we took humans and gave them Metformin and placebo or Acarbose and placebo, you know, ITP drugs, and it was a crossover study, and we did the same in animals. So we have transcripts from humans and from animals treated for the same time, equivalent dose of drugs. And to our surprise, the transcripts are not the same, although the upstream regulators are the same, the transcripts are not the same. So I think we have to be careful how we go from animal to human and vice versa. And of course, you know that the clocks are not the same, right. So, I think, from a drug development perspective, you should really base this only on humans, right? Otherwise you might be confused with the experiments.

The second question for you is whether you are putting some positive controls in. Did you also treat some of the fibroblasts with Metformin or Rapamycin or NAD or something that actually has the effect on epigenetics, to get the length field of what you’re doing in relation to general therapeutics?

Single cell sequencing is a little biased towards less expressed genes such as transcription factor, which is really important for aging and pathway generation. So how did you solve this problem?

And my second question is whether you are doing a whole methylome analysis for identifying cell biological age, which is coupled with CRISPR? Or are you doing a specific methylation signature?

Is all the data limited to fibroblasts?

What would actually really help you move this project forward now? If anyone is on the call or even afterwards for those that will watch it on YouTube? What are specific ways in which they can reach out to you, in as actionable a way as possible?

You already talked a little bit about the race at the beginning of the talk, do you have any ideas and potential collaborations going forward even with other folks in that race? Because I think what’s so cool about you and Nathan who’s on this call is that you really try to pull the whole ecosystem together, you’ve been doing quite a lot of work on this. I think it’s really interesting how you position yourself really in this ecosystem like a rising tide?

Do you think that there’s any potential risks or downsides that you see, any potential reasons why this might not work that you could falsify in the next few years or so? Like is there anything that keeps you up at night? You’re already testing this right, is there anything else where you see a potential bottleneck that we need to overcome that maybe people in this call could even advise on?