In this session, Greg Fahy, Co-Founder of Intervene Immune and Principal Investigator of the TRIIM and TRIIM-X clinical trials, offered a sneak peek on some preliminary data from the TRIIM-X clinical trial along with updates about its development, progress and conditions of the enrollment, as well as optimistically looking first preliminary results. Following discussion touched on possible next steps for their company, like developing a much cheaper growth hormone alternative, possibility of prolonging the lifespan of kidney transplants or reprogramming thymus with grafts to completely solve transplant rejections and autoimmune diseases. 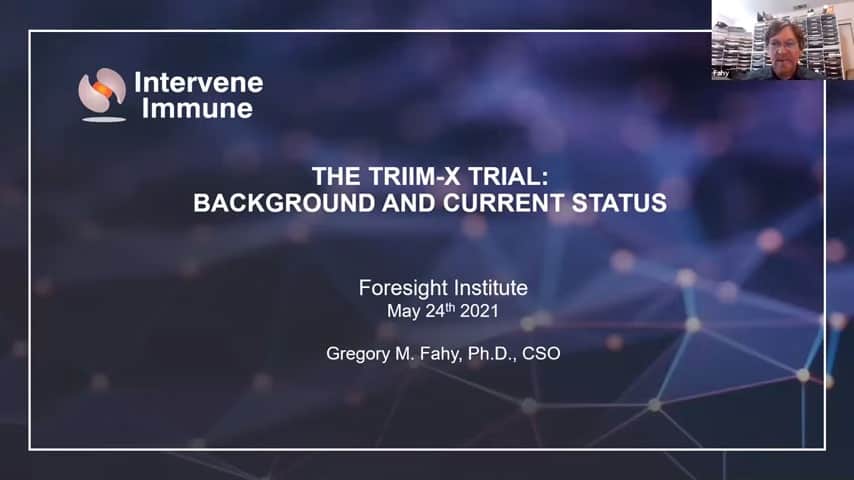 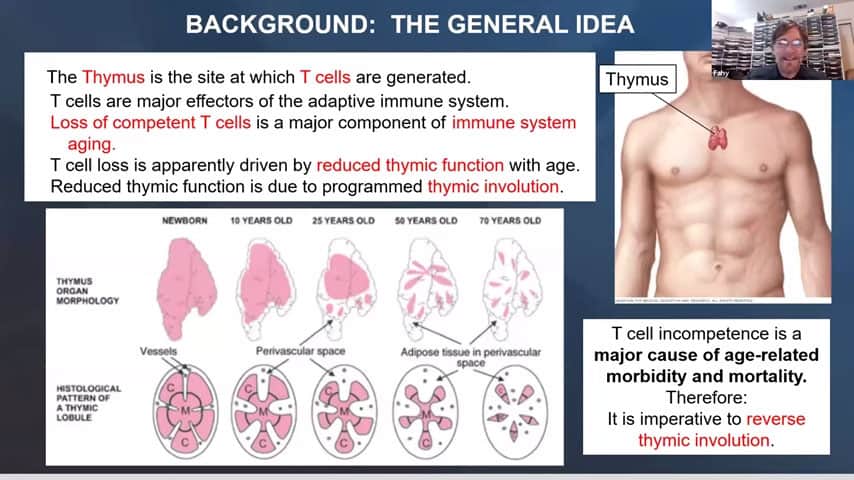 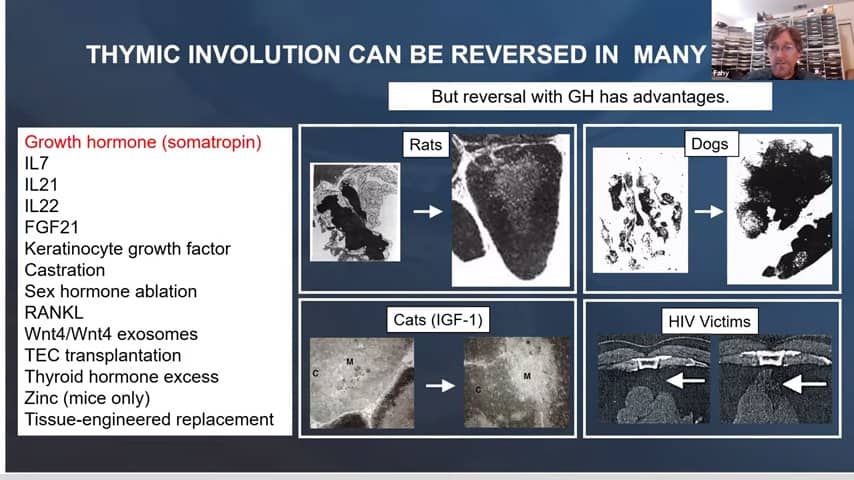 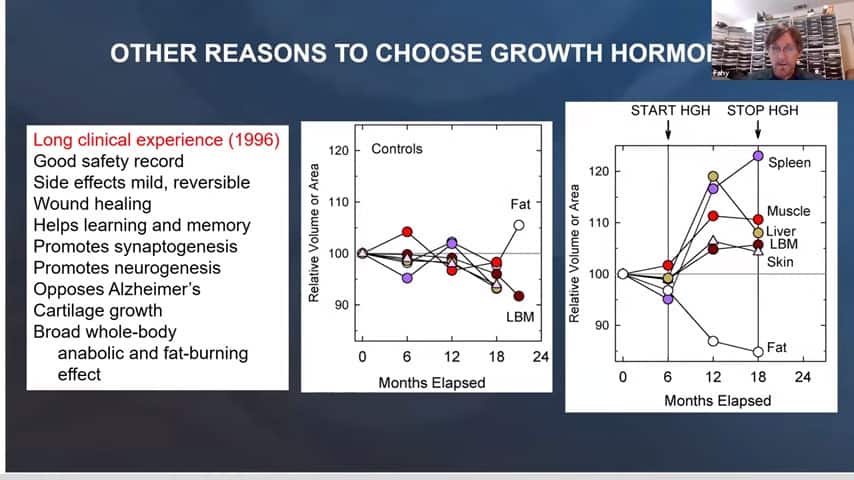 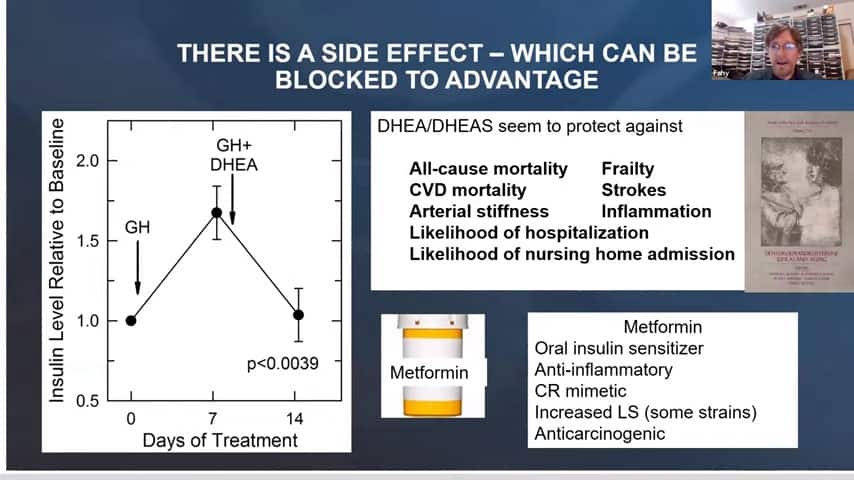 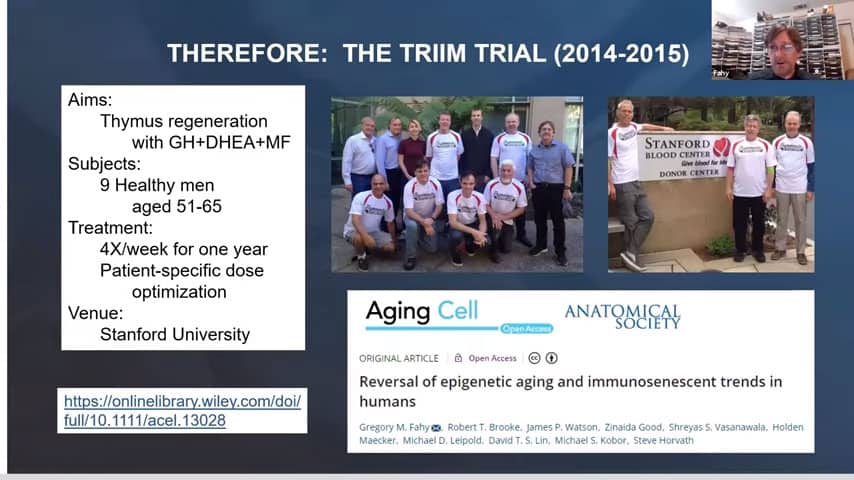 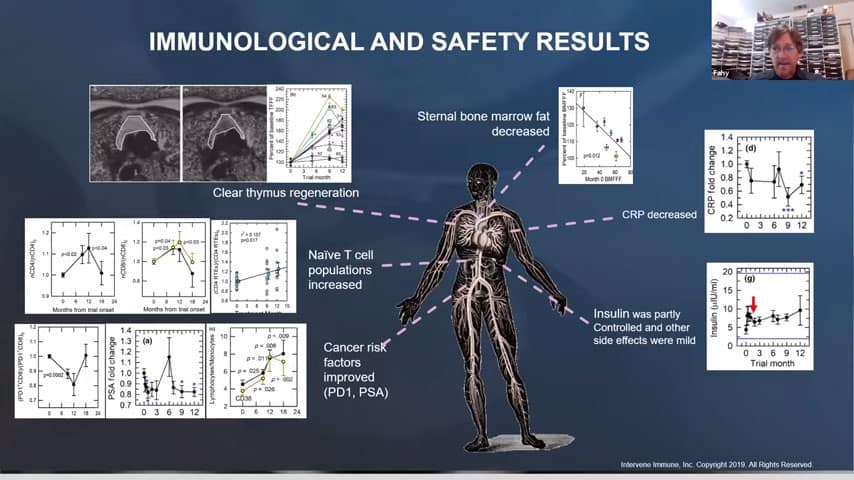 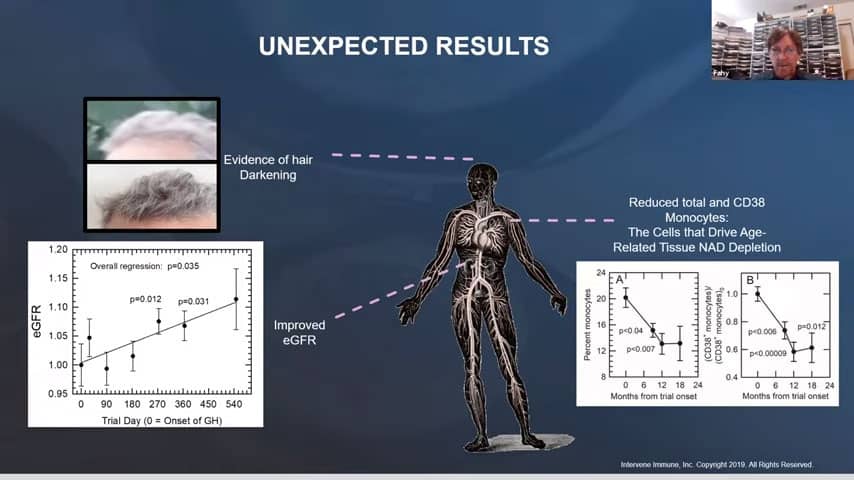 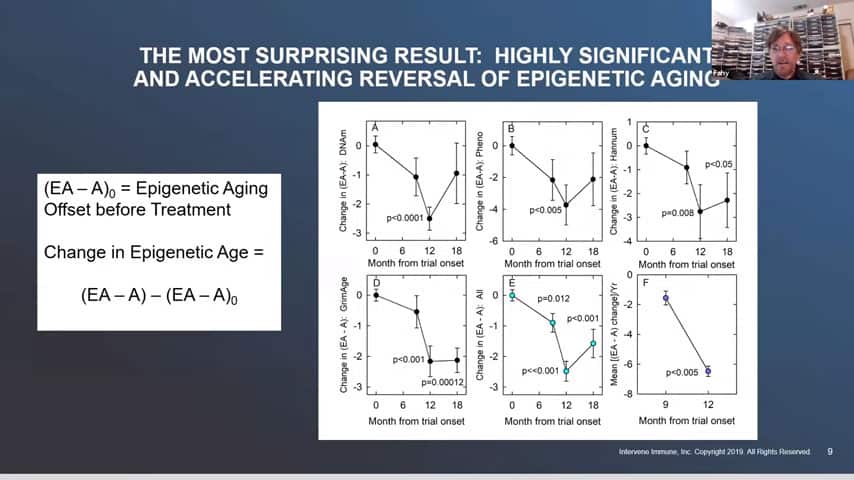 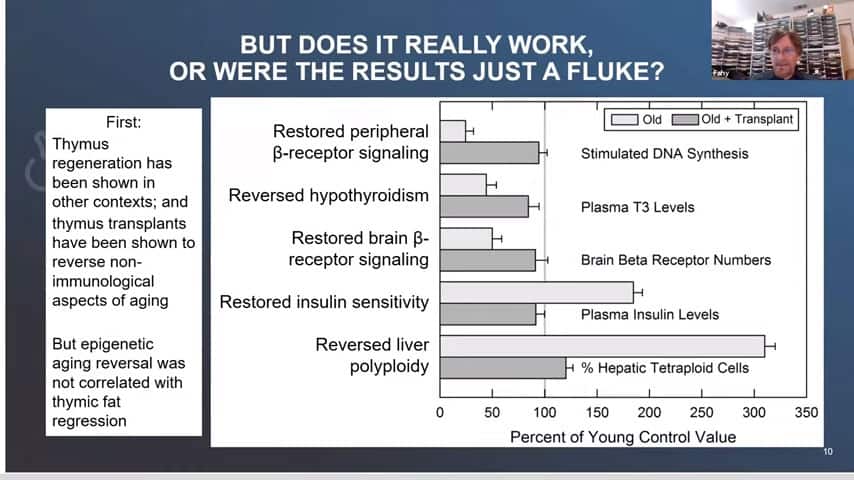 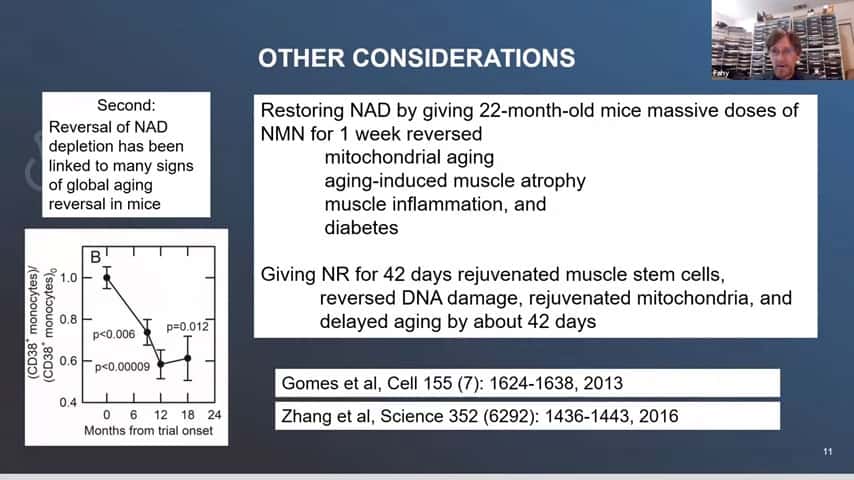 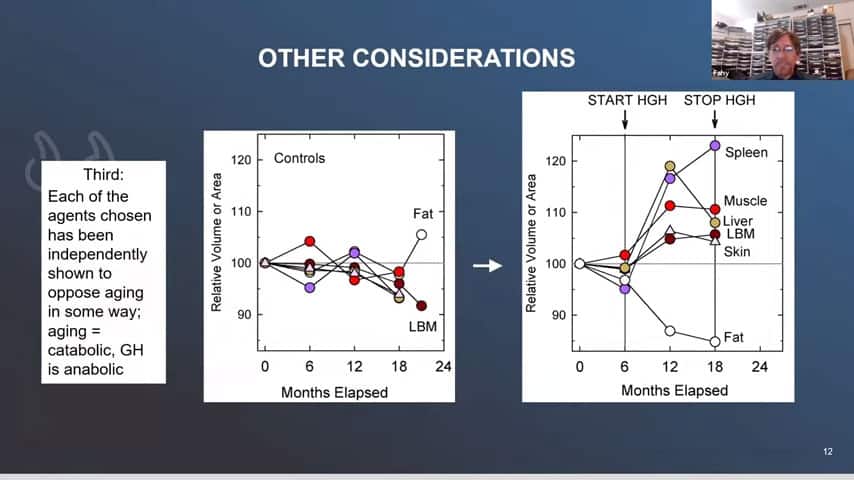 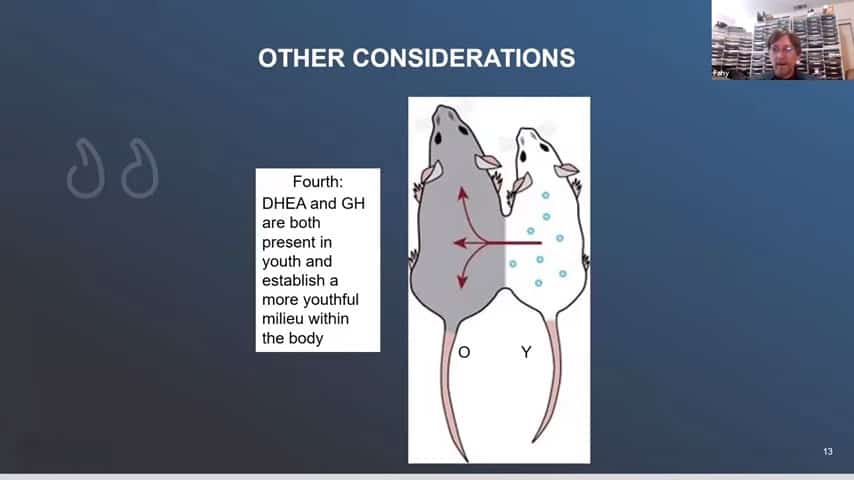 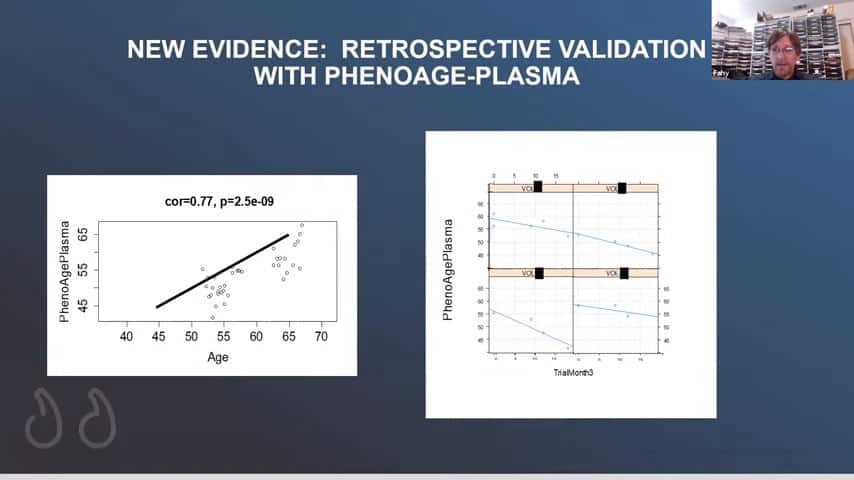 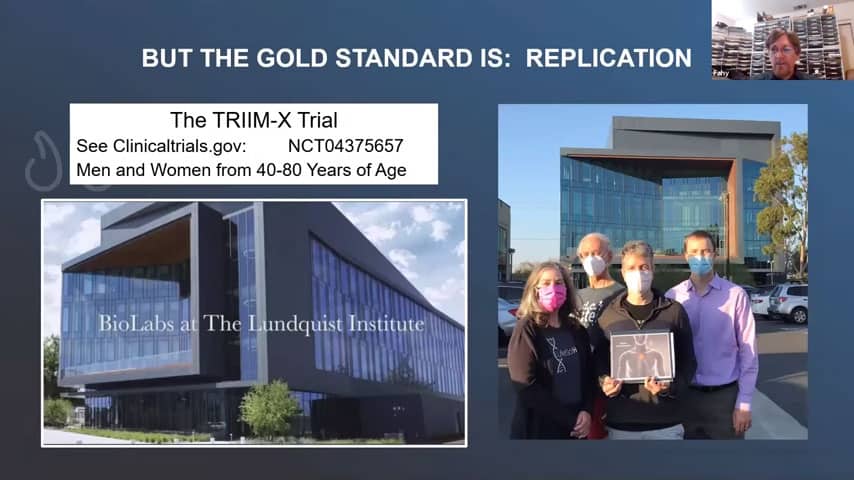 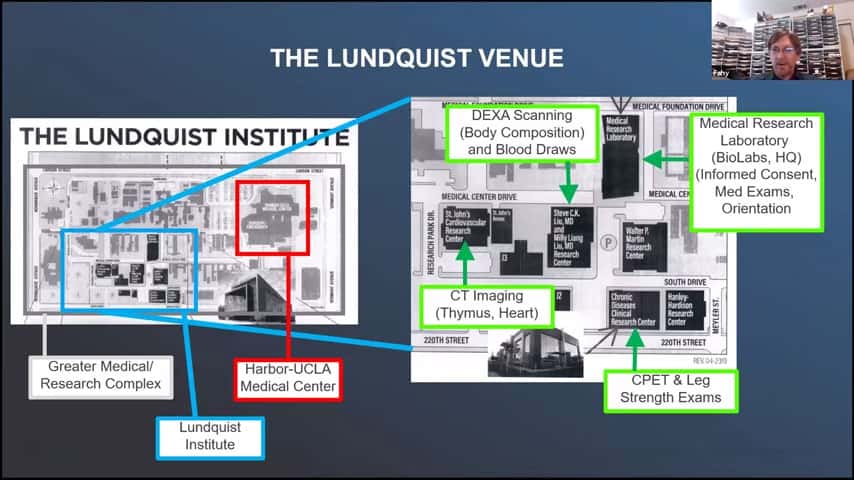 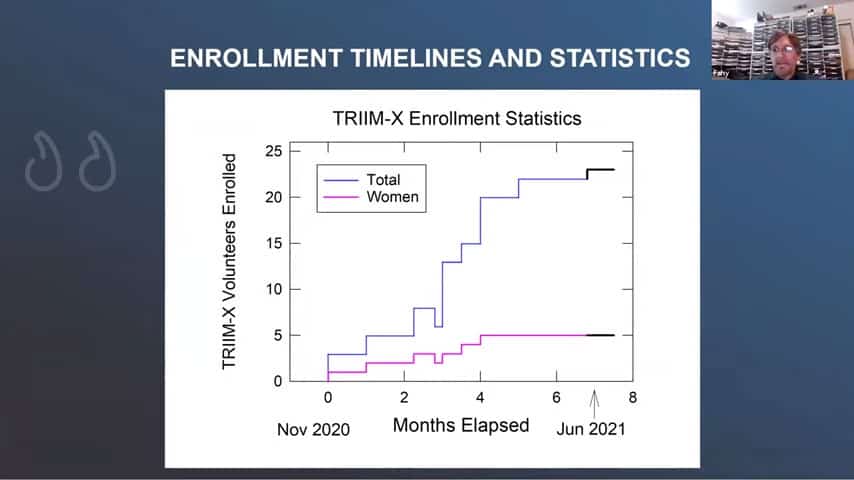 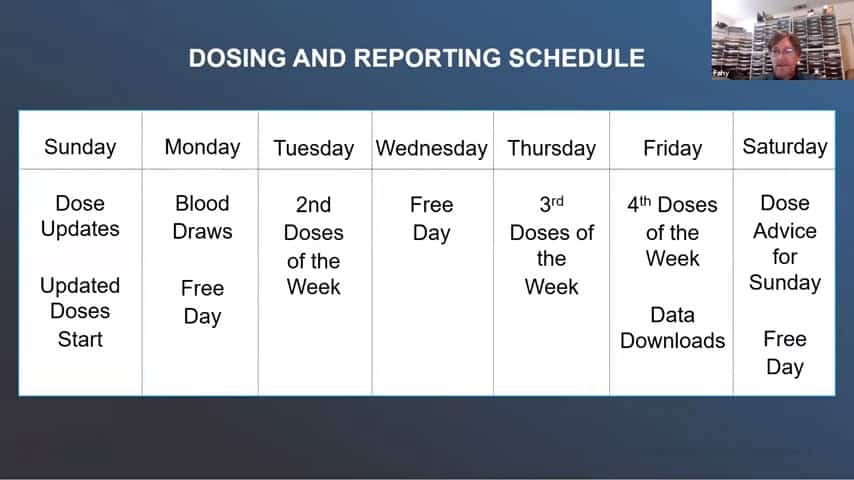 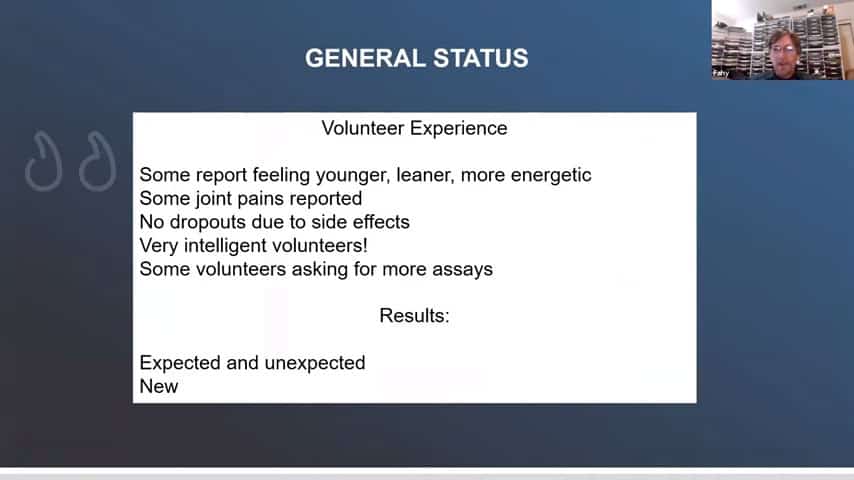 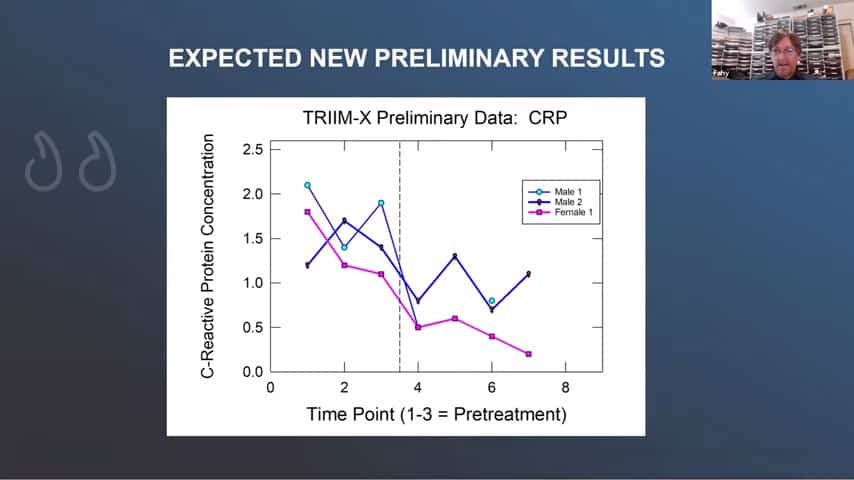 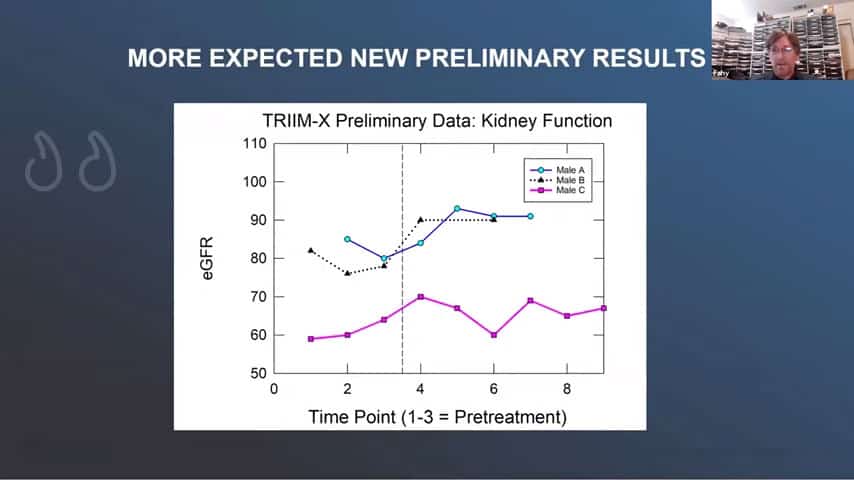 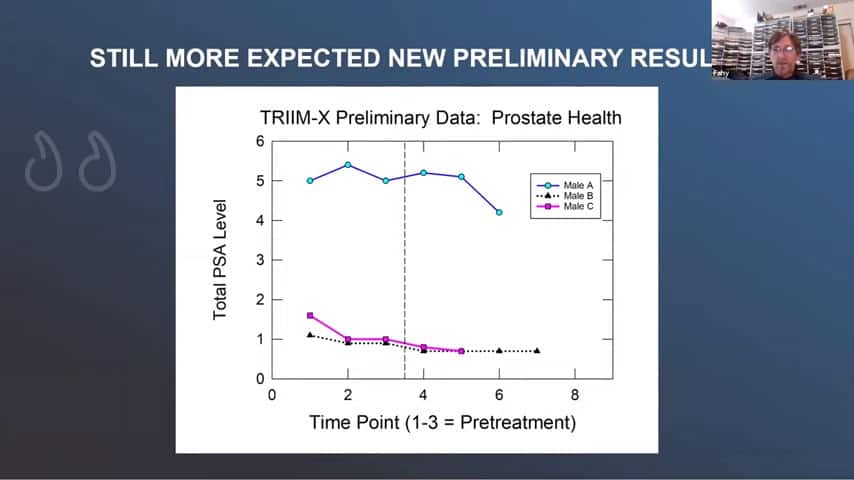 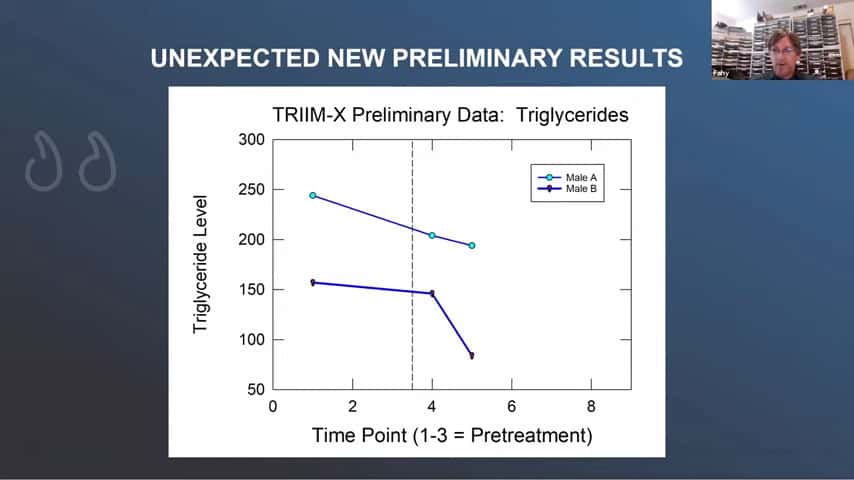 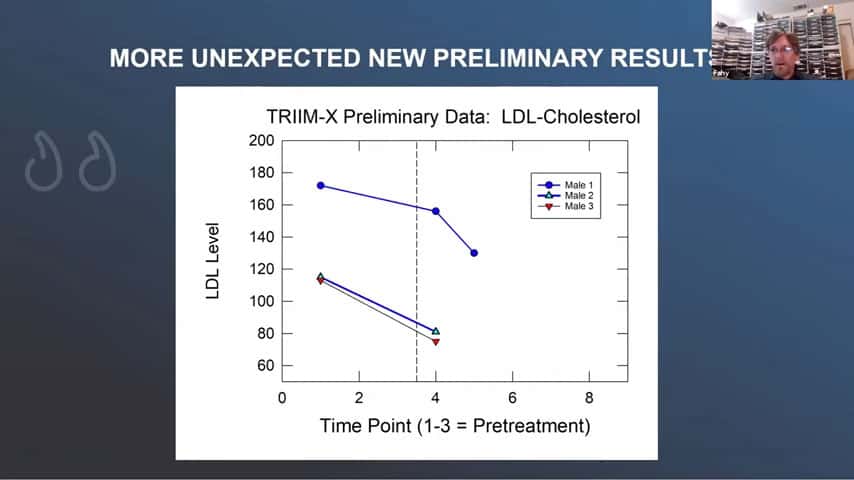 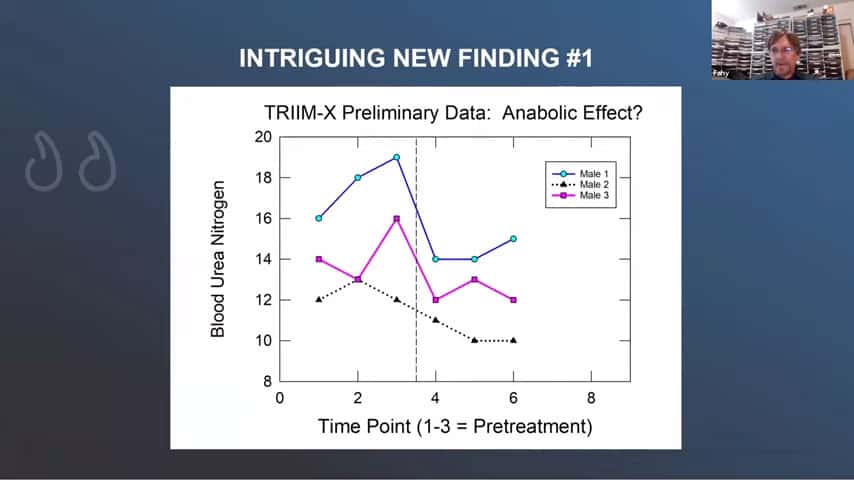 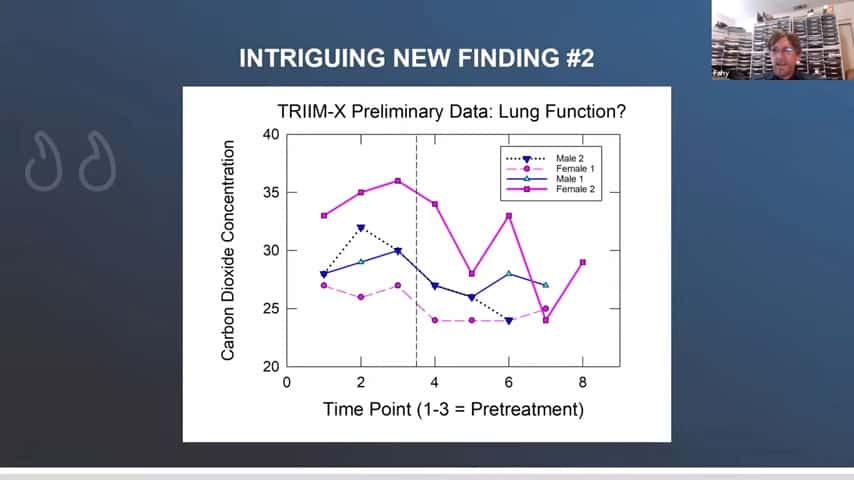 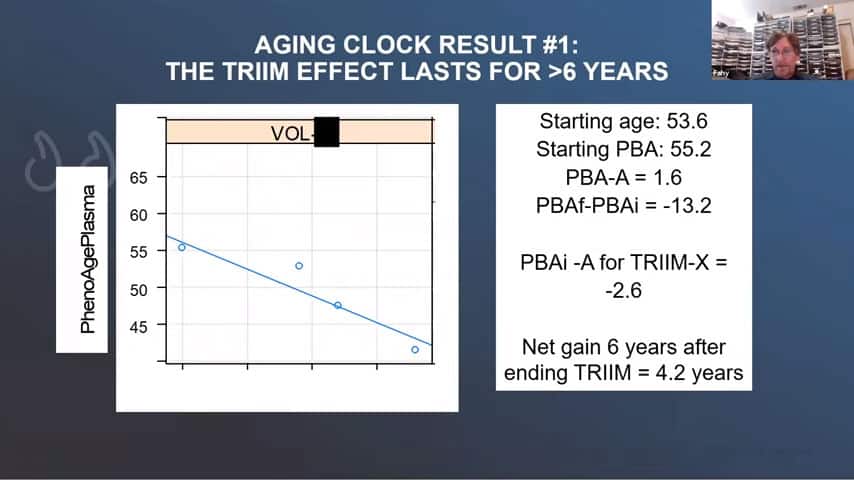 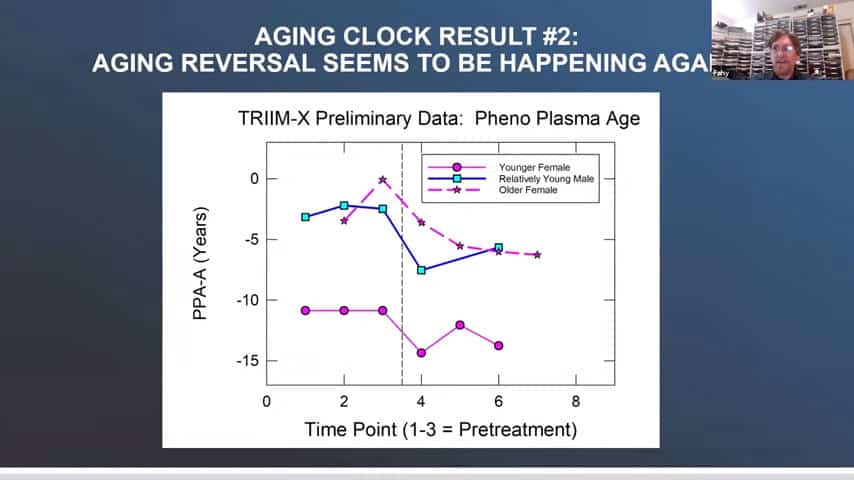 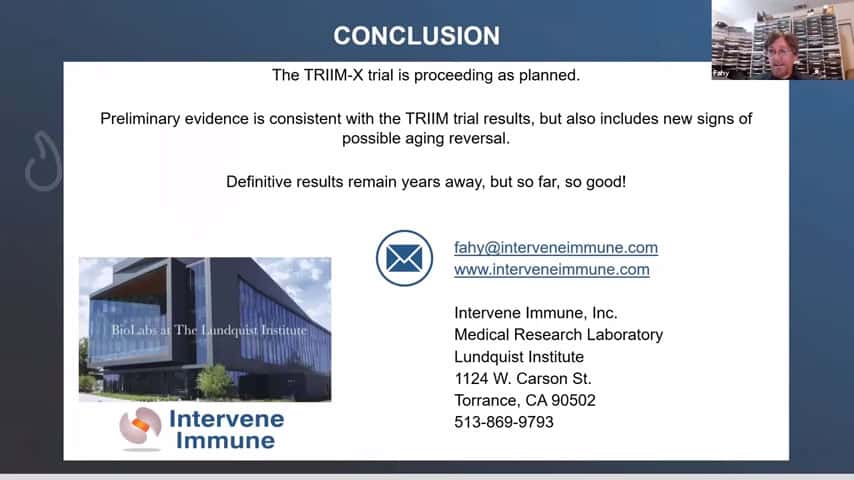 Do dogs have their special growth hormone with a different sequence?

Do you think that Metformin and DHEA are so good that even if you don’t have an insulin problem it would be a win or is it mostly because of those anti-insulingenic features treatments?

Is IGF-1 the same across mammals?

With the cohort being biohackers, are you controlling for other treatments (e.g. NR, rapamycin, fasting) or letting participants continue these and tracking possible additive effects?

Do you think cycling would make more sense in this case? Cycling of autophagy, cycling of GH and CR mimetics rather than simultaneously do all of that?

If 4x weekly dosing causes some degree of GH resistance, how might the protocol be adapted to once-a-week or twice-a-month GH dosing with regard to the combination protocol? In other words, do you think that metformin and DHEA might be best given on a different schedule than the intermittent GH? Speculations?

Will investors support clinical trials on drugs that are off patent? Why or why not? Your Stanford colleague Susan Athey (economist) has done work on this issue.

Are you looking for investors right now?

Does growth hormone stimulate growth of some features like nose or ears (that grow with age), and cartilages everywhere, and if yes isn’t it a concern as this therapy would likely need to be taken permanently or semi permanently? Is it something you measure in the trial?

Are you gathering daily facial pictures? It is interesting for aging, but even more for what was asked in the previous question.

Do you have an investment number for those investor individuals among us?

We all want this to work, I just wanna make sure that we’re not biased in how we interpret the data. Do you feel good that these preliminary results are representative of overall performance as opposed to something that you (unconsciously) cherry-picked?

Is there a structure that allows the trial to be self-funding? So anyone who wants to join the trial can join, pay for all the infrastructure costs and you deliver the therapy?

What can this group help you with?