James Peyer | Cambrian Bio: How to Fund and Build Geroprotectors

In this session, James Peyer, the CEO and founder of Cambrian Biopharma, shared his overview of the longevity biotech industry with insights into what it actually means to be a longevity biotech company, how Cambrian functions, what is a DisCo model and why it will most likely replace single asset biotech companies model, and also the barriers that he sees are preventing us from starting clinical trials with the first geroprotectors. In the end he also presented a preview of a paper calculating the potential societal value of geroprotectors.

James Peyer is the Chief Executive Officer and Co-Founder of Cambrian Biopharma. He also serves as the Chairman of the Board of Sensei Biotherapeutics and board and executive roles across Cambrian’s pipeline. He has spent his…

Presentation: How to Fund and Build Geroprotectors 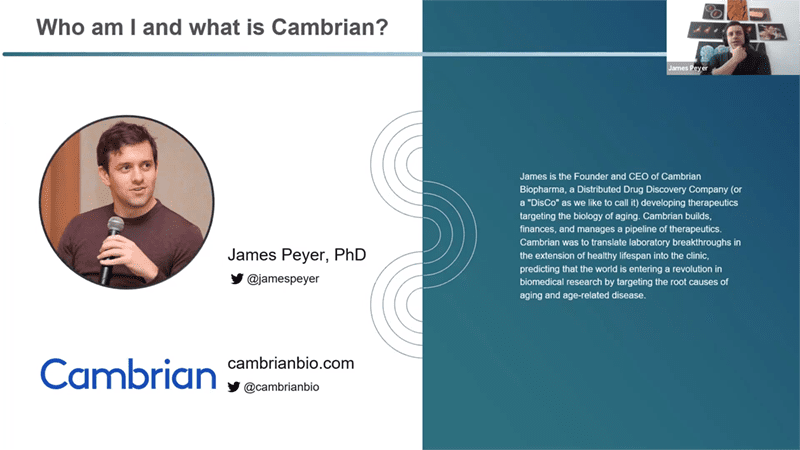 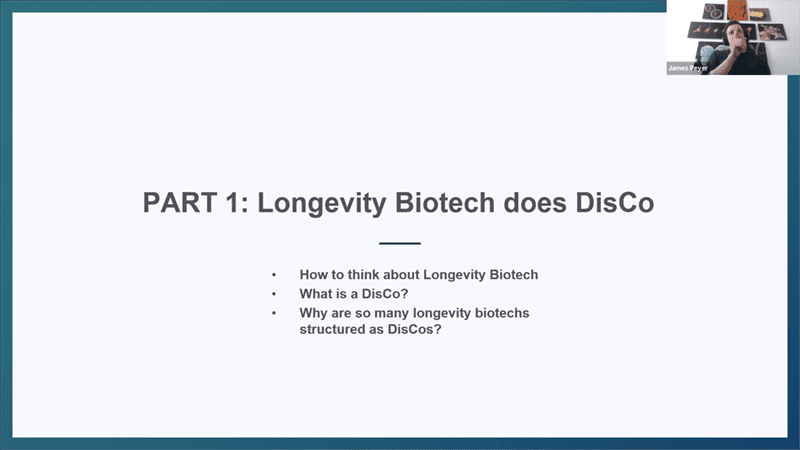 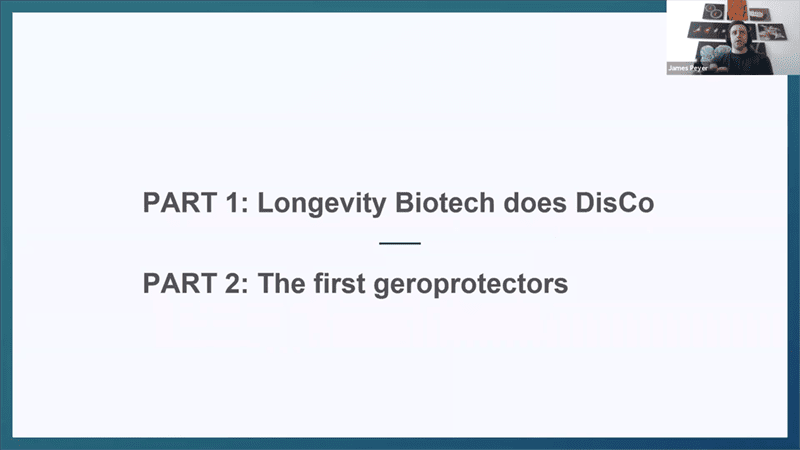 How to think about longevity biotech 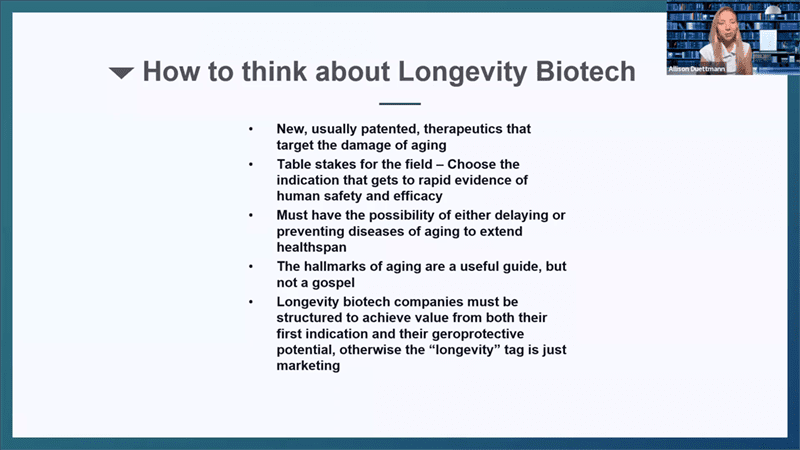 What are your main drug discovery challenges now? Target discovery, medchem, synthesis, assays, etc.? And how are you addressing these?

Are you also in parallel going to do aging model experiments like worms or something that is not mice?

How useful are orphan diseases that mimic certain aspects of aging to target from a financial perspective? (e.g Battens disease, progeroid syndromes, etc.)

How do you plan to prevent acquiring companies from ignoring the broader-than-initial-indicitaion potential of assets?

Does that mean that you are going to shy away from selling assets?

Distributed drug discovery company, usually a C-corporation, structured like a single biotech company and not like a fund, with many different shots at the goal. Usually takes majority, but not usually 100% stakes of equity in a group of subsidiaries. Cambrian has 14 different assets in development. That means 14 different companies with 11 majority stakes (between 50-90%) and 3 minority stakes, which we call investments.

Another characteristic is that there are some centralized functions like acquiring assets, launching or starting new programs, building them out, infrastructure functions like taxes, financing, legal, IPs, fundraising, medicinal chemistry, IND enabling studies, general management – all of that doesn’t have to be replicated 15 times over, you can have just a single group of people that are very good at their job and do it for most of the assets that are developed underneath the DisCo.

The 2 big functions that are distributed are the 1) biology – particularly what our scientific founders and teams with whom we are starting new companies have deep knowledge in and we don’t. That stays within the subsidiary company. 2) The first indication specific to that company – that needs a specific clinical team around each asset. So there are some functions in the hub, and some functions in the spokes.

How are discos different from VC funds? 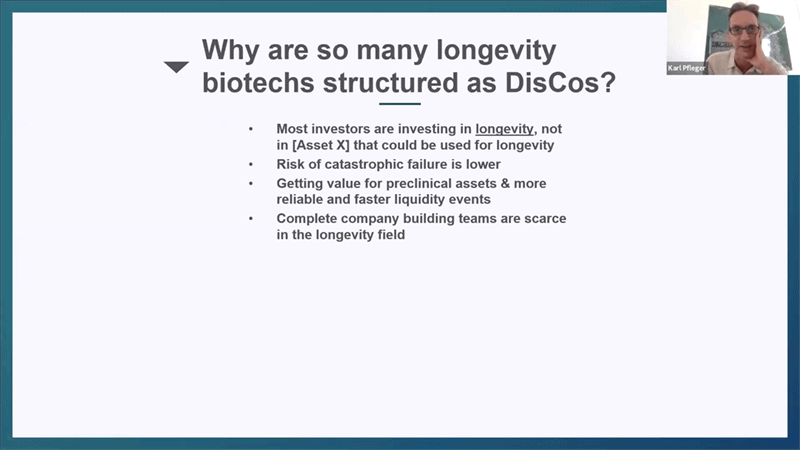 Why are so many longevity biotechs structured as discos?

Are most of your companies platforms or single asset companies?

Can you join a DisCo as an individual contributor, do you need a big team, or how does that work?

How do you distribute value/recognition among the scientific founders if an individual drug program is a success or fail in the DisCo model?

Is there an example of a DisCo in another sector than longevity, that was formed longer ago (>5y, ideally >10y) and has grown and prospered in the way you foresee for Cambrian etc?

Thoughts on acquiring companies to exploit potential synergies with different combinatorial therapies for single interventions (cell therapy+senolytic for osteoarthritis)? It would be difficult to do that for single asset companies, but it seems more suitable to do for DisCos.

Barriers preventing us from starting clinical trials with the first geroprotectors 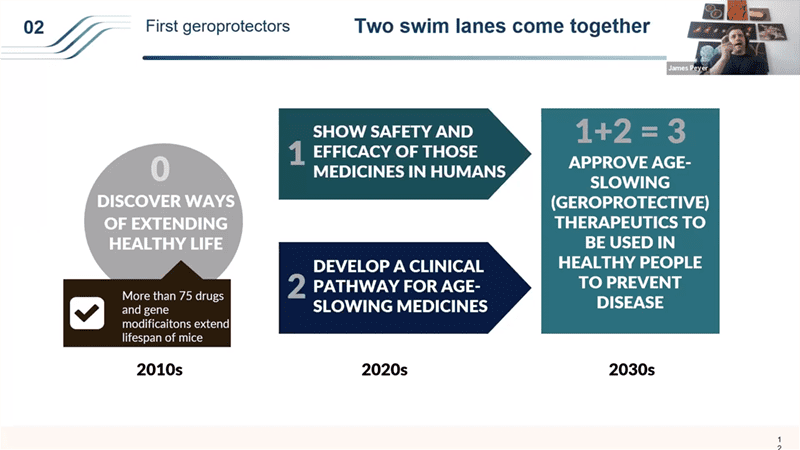 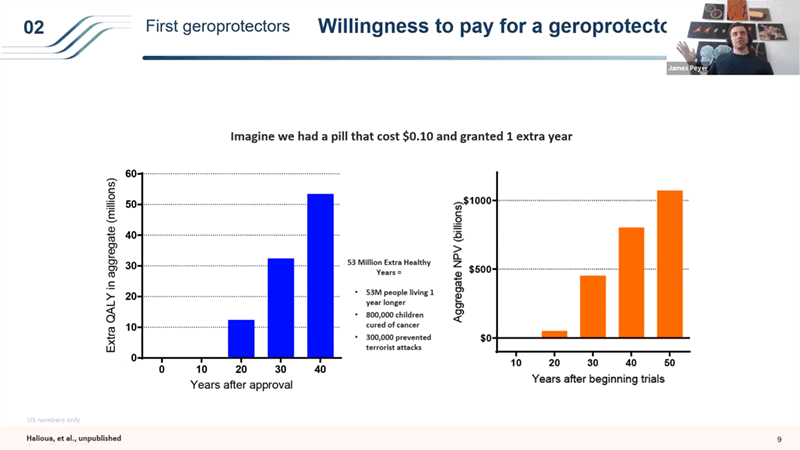 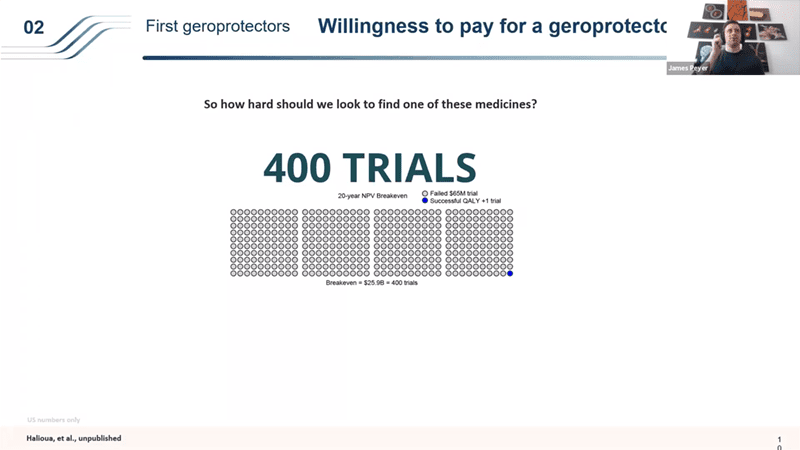 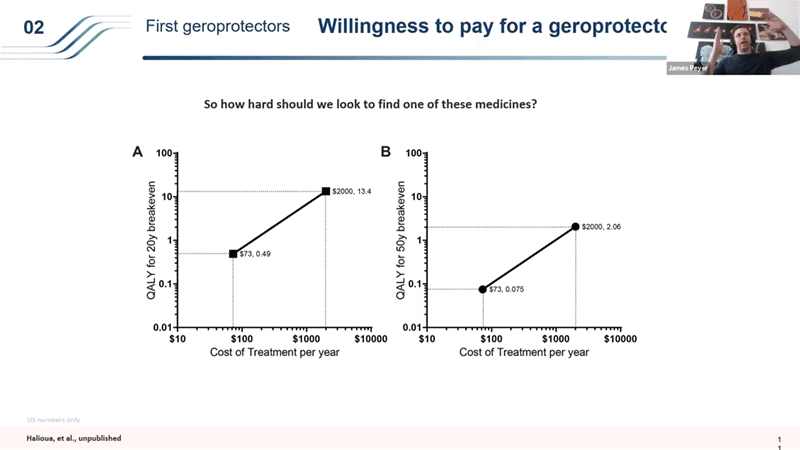 Can you walk us through the relationship-building that goes into the formation of a new subsidiary? How do you discover new projects and develop a rapport with the new teams?

Any comments on public perceptions of the current longevity scene, e.g. this week’s Newsweek “Young Blood” cover story? This is a major issue that needs to be addressed early, or serious resistance/backlash may develop in the years to come.

How can this group help you?