Christine Peterson on pushing the future in a positive direction

Christine Peterson on pushing the future in a positive direction 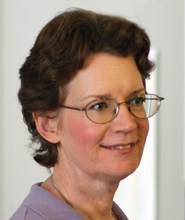 Foresight Co-Founder and Past President Christine Peterson is interviewed on the Singularity Weblog in a 47-minute tour that covers nanotechnology, the founding of the Foresight Institute, her work on personal life extension through Health Activator, open source, and the Technological Singularity. “Christine Peterson on Singularity 1 on 1: Join Us to Push the Future in a Positive Direction“:

During my Singularity 1 on 1 interview with Christine Peterson we discuss a variety of topics such as: how she got interested in nanotechnology and the definition thereof; how, together with Eric Drexler, she started the Foresight Institute for Nanotechnology; her interest in life extension; Dr. Drexler’s seminal book Engines of Creation; cryonics and chemical brain preservation; 23andMe and other high- and low-tech tips for improved longevity; whether we should fear nanotechnology or not; the 3 most exciting promises of nanotech; women in technology; coining the term “open source” and using Apple computers; the technological singularity and her take on it…

Hear Christine discuss some challenges while presenting an essentially optimistic message—a wonderful future is coming from science and technology over the next few decades—a future that encourages everyone to get involved.
—James Lewis, PhD