Phaedon Avouris, winner of the Feynman Prize in 1999, is head of the nanoscale science and technology group At IBM, which has recently reported significant advances in synthesizing transistors from graphene using conventional lithography methods. 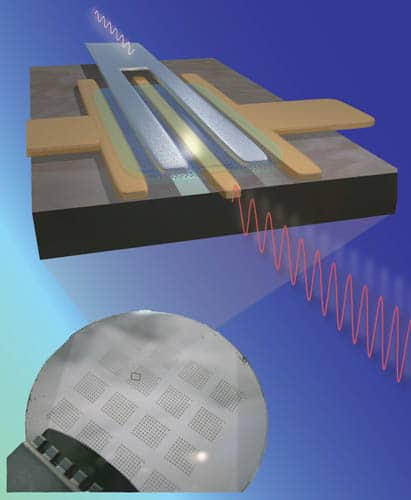 Graphene Transistors that Can Work at Blistering Speeds

and the Science paper,

What does this all mean?  Basically, they have overcome a couple of substantial hurdles on the way to a carbon-based electronics, namely the bandgap issue and the ability to fab at wafer scale.  They still have a way to go: they need to bring gate length down by a factor of 10 or so to be in the range of silicon, and probably a few more hurdles and a lot of just plain legwork as well.  But if the research goes through to development, and the development goes through to manufacturing, we’ll have chips that are about two-and-a-half times as fast as the corresponding ones in silicon.

The bottom line, for my money, is that Moore’s Law is safe (in the sense that it will continue to hold true) for another decade at least.  I don’t see this as being a huge spike ahead of Moore’s Law, since graphene has a lot of catch-up to play, but in the long run it probably has more upside potential in speed and size, especially if/when they can get those nanoribbons atomically precise.