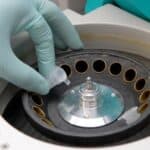 Synthetic biology promises near-term breakthroughs in medicine, materials, and energy, and is also one promising development pathway leading to advanced nanotechnology and a general capability for programmable, atomically-precise manufacturing. Darpa (US Defense Advanced Research Projects Agency) has launched a new program that could greatly accelerate progress in synthetic biology by creating a library of standardized, modular biological units that could be used to build new devices and circuits. A hat tip to KurzweilAI.net for pointing to a recent article in Wired Danger Room “Darpa, Venter launch assembly line for genetic engineering“:

… The program, called “Living Foundries,” was first announced by the agency last year. Now, Darpa’s handed out seven research awards worth $15.5 million to six different companies and institutions. Among them are several Darpa favorites, including the University of Texas at Austin and the California Institute of Technology. Two contracts were also issued to the J. Craig Venter Institute. Dr. Venter is something of a biology superstar: He was among the first scientists to sequence a human genome, and his institute was, in 2010, the first to create a cell with entirely synthetic genome.

“Living Foundries” aspires to turn the slow, messy process of genetic engineering into a streamlined and standardized one. Of course, the field is already a burgeoning one: Scientists have tweaked cells in order to develop renewable petroleum and spider silk that’s tough as steel. And a host of companies are investigating the pharmaceutical and agricultural promise lurking — with some tinkering, of course — inside living cells.

But those breakthroughs, while exciting, have also been time-consuming and expensive. As Darpa notes, even the most cutting-edge synthetic biology projects “often take 7+ years and tens to hundreds of millions of dollars” to complete. Venter’s synthetic cell project, for example, cost an estimated $40 million.

Synthetic biology, as Darpa notes, has the potential to yield “new materials, novel capabilities, fuel and medicines” — everything from fuels to solar cells to vaccines could be produced by engineering different living cells. But the agency isn’t content to wait seven years for each new innovation. In fact, they want the capability for “on-demand production” of whatever bio-product suits the military’s immediate needs.

To do it, Darpa will need to revamp the process of bio-engineering — from the initial design of a new material, to its construction, to its subsequent efficacy evaluation. The starting point, and one that agency-funded researchers will have to create, is a library of “modular genetic parts”: Standardized biological units that can be assembled in different ways — like LEGO — to create different materials.

Once that library is created, the agency wants researchers to come up with a set of “parts, regulators, devices and circuits” that can reliably yield various genetic systems. After that, they’ll also need “test platforms” to quickly evaluate new bio-materials. Think of it as a biological assembly line: Products are designed, pieced together using standardized tools and techniques, and then tested for efficacy. …

The Darpa Living Foundries solicitation will remind long-term Nanodot readers of discussions of the need for an engineering perspective in the development of advanced nanotechnology centered on molecular manufacturing:

The Microsystems Technology Office (MTO) of the Defense Advanced Research Projects Agency (DARPA) is sponsoring an Industry Day for “Living Foundries,” a new DARPA program. The goal of the Living Foundries program is to apply an engineering framework to biology to harness its use as a technology and drive its advance as a manufacturing platform. In turning biological production into an engineering space where the only limit is the creativity of the designer, Living Foundries aims to enable on-demand production of new and high-value materials, devices and capabilities for the Department of Defense and establish a new manufacturing capability for the United States.

Because of the multidisciplinary nature of Living Foundries, DARPA is looking to engage the wider research community from fields both outside and inside the biological sciences to develop new ideas, approaches and tools to overcome current limitations and to create revolutionary capabilities.

Current, primitive examples of engineering biology rely on an ad hoc, laborious, trial-and-error process, wherein one successful project does not inform subsequent, new designs. This approach combined with the complexity of biological systems restricts current, one-off efforts to modifying only a small set of genes and constructing simple, isolated genetic circuits and metabolic pathways. Consequently, we are limited to producing only a small fraction of the vast number of possible chemicals, materials, and living systems that would be enabled by the ability to truly engineer biology. Through an engineering-driven approach to biology, Living Foundries aims to create a rapid, reliable manufacturing capability where multiple cellular functions can be fabricated, mixed and matched on demand and the whole system controlled by integrated circuitry, opening up the full space of biologically produced materials and systems. Key to success will be the democratization of the biological design and manufacturing process, breaking open the field to those outside the biological sciences.

In order to achieve the vision of Living Foundries, new tools, technologies and methodologies must be developed to transform biology into an engineering practice, decoupling design from fabrication and speeding the biological design, build, test cycle. These include: design tools that span from high-level description to fabrication in cells; modular genetic parts that allow a combination of systems to be designed and reproducibly assembled; methods for developing and fine-tuning new genetic parts and systems; well-understood test platforms, “cell-like” systems and chassis that readily integrate new genetic designs in a predictable fashion; next generation DNA synthesis and assembly techniques; and tools that allow for routine system characterization and debugging, among others. Further, these technological advances and innovations must be integrated to prove-out and push the boundaries of biological design towards the ultimate vision of point-of-use, on-demand, mass-customization biological manufacturing. …