Today we will discuss prediction markets and the problems they may help solve. We’ll hear a brief introduction of what Prediction Markets are by Robin Hanson, followed by a discussion of a few current projects (Metaculus, Augur, Replication Markets), and finish with a rundown of the challenges ahead by Chris Hibbert of Agoric and Martin Koeppelmann of Gnosis.

Robin Hanson is associate professor of economics at George Mason University, and research associate at the Future of Humanity Institute of Oxford University. He has a doctorate in social science from California…

Physicist Anthony Aguirre studies the formation, nature, and evolution of the universe, focusing primarily on the model of eternal inflation—the idea that inflation goes on forever in some regions of universe—and what…

Thomas Pfeiffer is an evolutionary biologist at Massey University in Auckland, New Zealand. He received a diploma in Biophysics from the Humboldt University Berlin and a doctoral degree in Environmental Sciences from the ETH Zurich. After a short period…

Chris is a software engineer who has worked on email security, financial cryptography, S/W development tools, highly social mobile games, and privacy. He wrote Zocalo, an open source platform for Prediction Markets. He has worked at…

Paul Gebheim is a software architect, consultant and engineer based in northern California…

Co-Founder and CEO of Gnosis… 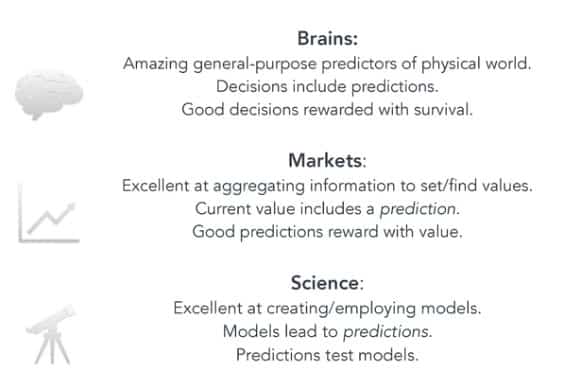 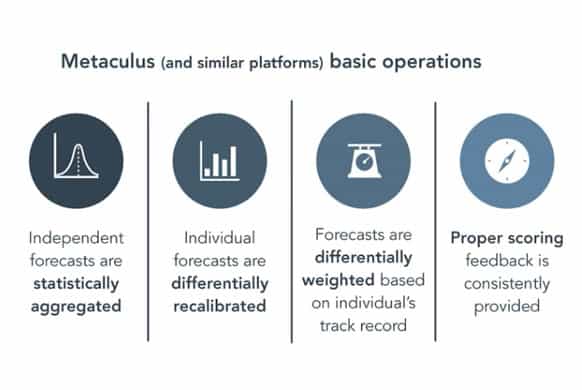 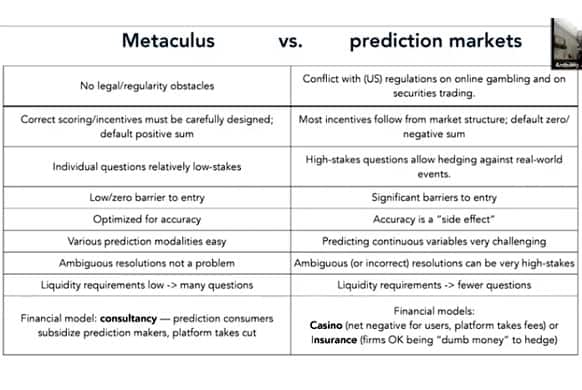 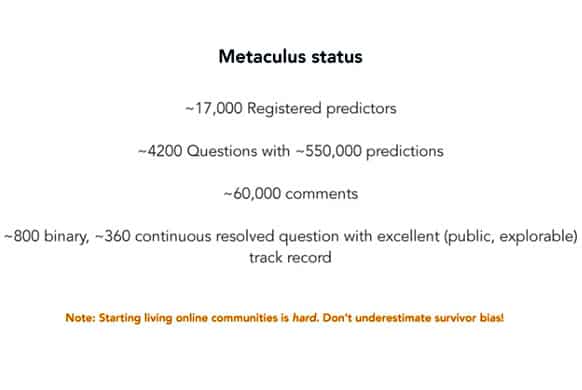 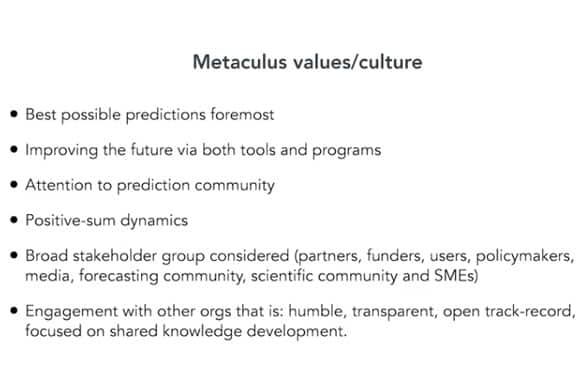 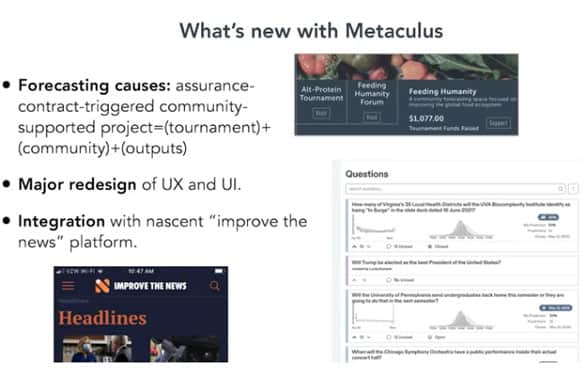 Paul: Chris, what did you see on Augur?

Chris: Early on, the appeals process went to a wide panel of participants, which led to Keynesian Beauty Contests in which jurors were rewarded for voting with the majority.

Paul: This was never the whole system of appeals. How it works: when a market is being resolved, jurors stake on either side of the decision. If there is enough capital on both sides, then we split the market into two universes where the decision went either way. You can choose which universe to migrate your tokens to, and there are now two different tokens that have different supplies and trade separately.

Mark: Forking the universe into multiple universes is a bad outcome! It means the market didn’t do its job. We don’t have two different universes on a stock price. The missing mechanism is reputation feedback, where that feedback comes from is explicitly broadcasting who the judges will be and what criteria they will use to resolve the market.

Anthony: My experience with Metaculus is that well-constructed questions as Mark described above resolve with no problem. A very elaborate mechanism to treat the very small number of highly ambiguous questions seems to be avoded. How Metaculus handles this is to flag a question as ambiguous an refuse to attempt resolution.

Chris: It would be a real shame if the US election question was returned as “can’t answer because the public can’t decide.” It’s important to get fianl answers to these public questions.

Robin: When a particular customer is paying for the information it becomes very clear who the judges are and who gets to resolve. These ambiguity problems are problems in open public prediction markets.

Paul: For the record, we didn’t get anywhere close to a fork on the Biden-Trump election.

Anthony: Is there an advantage to a prediction market being decentralized?

Martin: It’s simple: I can start a market right now that’s globally accessible and anyone can bet. I don’t know how specifically useful that is.

Robin: The electronics give you that global access, the decentralized part just lets you get around financial laws, which is not clearly going to be allowed for long.

Mark: Robin ran the first prediction market at Xanadu in 1989 or 1990. There was a 30 year delay in clearing the markets because of the financial regulations around it. The decentrlized systems now are allowing us to do this without waiting for the rules.

Anthony: There is soon launching a prediction market in the US that does follow the rules.

Robin: The internal markets I’m interested in have never been illegal, just disruptive so not used much.

Robin: If you put out a new kind of job and you don’t really market well, people are reluctant to do that new kind of job. Your issue, Martin, was probably a marketing issue and the question of it taking time to introduce a new kind of labor market practice.

Martin: If there were billions to be made the market attracts participants, like sports betting and hedge funds. For less lucrative markets, it’s hard to get people to play.

Thomas: One of the problems is trying to achieve scientific consensus where prediction markets could help. How to get communities to use these? Working with a preprint server like arXiv could be an entry. The scientific community is great to work with on this because there is a lot of intrinsic self-motivation.

Robin: Can we get journal editors to use Replication Market? They would be the obvious people. If we can’t get them to care, then who cares??

Anthony: Yeah, the journals don’t care enough… The bottlenecks are actually doing the replications and aggregaring responses from peole.

Anna: In my experience the journals run by academics won’t say yes, but the for-profit journals might be more amenable.

Adam: It’s impossible to get referees for papers, so getting a market fir each is not gonna happen. But getting authors to self-report the odds of replication might help.

Thomas: But they are incentivized to just lie…

Anthony: One place to look is to the funders themselves to fund a market as part of their funding. They are incentivized in principle to fund replicable research. Adding it to the review process itself might help too.

Robin: Who are the customers of Metaculus?

Anthony: We have some paying customers.

Chris: The best example I know is Corning the glass company that funded a market on where the price for screens and glass would be at some point in the future.

Paul: A new example that might be interesting: in crypto world, there are so many projects with millions of dollars locked up in them. What we’re seeing is that part of the protocol operation could be worth paying the market for information as to how secure they are. This is mostly done through bug bounties. There is a project called Cover that offers “coverage” for asset loss on these protocols that operates mostly as insurance.

Paul: Everything is an assassination market! But the thing with decentralized systems is that there isn’t always anyone that you can kill to get that money.

Mark: It’s not the case that for moderate cost I can be invulnerable to assassination. It is the case that with reasonable investment you could build a secure protocol.

Robin: The key is how much could you make on the market vs how much you can make in the attack.

Mark: In the long run, successful attacks on insecure cryptosystems help the whole ecosystem. We’re building an ecosystem of the survivors of those attacks.