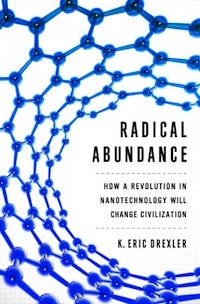 In connection with Foresight’s mission of promoting transformative technologies, it is of interest to occasionally take note of how various commentators in other areas view the advancement of nanotechnology toward atomically precise manufacturing. Do they take this prospect seriously? Do they understand the implications? Do they view such a future fearfully or hopefully? Foresight President Paul Melnyk forwards this link to an article written by George Smith on a site devoted to gold prices, stocks, and related news. After citing Ray Kurzweil’s views on exponentially advancing technologies, Smith focuses on nanotechnology as one cogent example. From “Think small — very small — incredibly small“:

In this article I want to discuss nanotechnology — a term popularized by K. Eric Drexler in his 1986 book Engines of Creation: The Coming Era of Nanotechnology (online here) — and its implications for our economic lives. …

In his 2013 book Radical Abundance: How a Revolution in Nanotechnology Will Change Civilization, Drexler tells us that

Atomic precision starts with small-molecule feedstocks, atomically precise by nature and often available at a low cost per kilogram. A sequence of atomically precise processing steps then enables precise control of the structure of materials and components, yielding products with performance improved by factors that can range from ten to over one million. …

After reviewing Drexler’s arguments that atomically-precise manufacturing (APM) requires no new scientific breakthroughs, but rather better engineering, specifically molecular systems engineering, Smith quotes Productive Nanosystems: A Technology Roadmap to argue that APM should be here by 2022. [Note: this is probably overly optimistic since to date there has been no funding for a follow-up to the 2007 roadmap.]

After pointing to 3D printing as a stepping stone toward APM, and noting that “APM, like information technologies, has a strong decentralizing and price deflationary component”, Smith poses two questions:

If APM continues to develop into a Kurzweil future, will someone someday be able to “print” gold and other precious metals?

This one is easy to answer. Since gold is an element, a gram of gold requires a gram of gold atoms. It will not be possible to print gold through any rearrangement of other atoms, no matter how quick and inexpensive such rearrangements become. This situation contrasts starkly with that of diamonds, which will be cheaply printed in any size or form by rearranging plentiful carbon atoms from any inexpensive source. One can ask if APM will make it easier to extract gold from sources that are abundant but contain gold at very low concentration. Robert A. Freitas Jr. has addressed this possibility. From “Tangible Nanomoney,” Nanotechnology Industries Newsletter, Issue II, July 2000, pp. 2-11:

Coins made of gold, the rarest of the traditional precious metals in the Earth’s crust, are a step in the right direction because gold atoms are inherently somewhat scarce …. This scarcity may hold true even in a world of abundant nanotechnology. Consider: One of every 3 billion atoms in ordinary crustal rock is a gold atom, or 3.1 ppb (parts-per-billion) by weight. All natural gold atoms are of one isotope, Au197. A ~10 kg nanotech desktop refinery wholly dedicated to sorting gold atoms from crustal rock, perhaps employing ~1 kg of the input ordering and reagent preparation subsystems found in Drexler’s original manufacturing appliance …, could in theory sort ~1025 crustal atoms per second, extracting ~3 ×1015 gold atoms/sec or ~1 microgram/sec, which is a net output of about 1 troy ounce of gold per year. To achieve this paltry output, the desktop refinery must process 16,000 tons/yr of rock (~100 cm3/sec) and the unit draws about 1 megawatt of continuous power assuming a minimum waste heat generation of 3 ×106 joules per kilogram of input materials …. So you get about $300/yr worth of gold, but the energy costs you $900,000/yr at today’s $0.10/Kw-hr electric rates. Cost breakeven occurs if the crustal rock can be ~3,000× preconcentrated in gold content, using bulk chemical processes, but this may be uneconomical and hardly seems worth the trouble.

And further: The whole of economics is based on scarcity. APM won’t eliminate scarcity, but it could surely relegate it to a position of less importance since common feedstocks will replace scarce resources. What does a world with scant scarcity look like?

An excellent question. I have no easy answer to proffer here.
—James Lewis, PhD