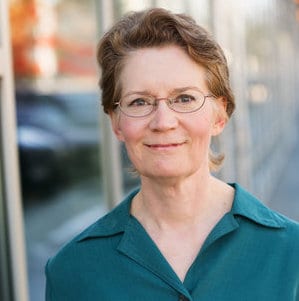 Foresight Institute Co-Founder and Projects Director Christine Peterson (full biography) was interviewed recently by 80000 Hours, “an independent nonprofit funded by individual donors” and founded “because we couldn’t find any sources of advice on how to do good with our own working lives. Since 2011, we’ve been on a mission to figure out how best to choose a career with high social impact.” Among their many activities in support of this goal, they offer free, one-on-one career advice, and an extensive blog that includes interviews with major thinkers and doers on this and related fascinating and important topics.

Christine’s interview, recorded by Robert Wiblin, director of research at 80,000 Hours, at Effective Altruism Global in San Francisco (August 13, 2017), provided content for two posts on the 80000 Hours blog. The first, posted on October 4, 2017, focused on a very current risk of advanced technology and what do about it: computer security and the risk of cyber warfare. One of three key points covered in the post:

Present day computer systems are fundamentally insecure, allowing hacking by state-level actors to take down almost any service on the internet, including essential services such as the electricity grid. Automated hacking by algorithms in future could allow computer systems around the world to be rapidly taken down. Christine believes the only way to effectively deal with this problem is to change the operating systems we all use to those that have been designed for maximum security from the ground up. Christine and two colleagues recently released a paper on tackling this issue.

Other topics addressed in the post include the importance of taking care “of your own health and welfare in order to be able to continue working hard on useful things for decades,” “life extension research, cryonics, and how to choose a life partner.”

The second post, on October 6, 2017, focused on space colonization and nanotechnology and the Silicon Valley community of the 1970s and 80s. Robert Wilbin explains:

One tricky thing about lengthy podcasts is that you cover a dozen issues, but when you give the episode a title you only get to tell people about one. With Christine Peterson’s interview I went with a computer security angle, which turned out to not be that viral a topic. But people who listened to the episode kept telling me how much they loved it. So I’m going to try publishing the interview in pieces, each focussed on a single theme we covered. Christine Peterson co-founded the Foresight Institute in the 90s. In the lightly edited transcript below we talk about a community she was part of in her youth, whose idealistic ambition bears some similarity to effective altruism today. We also cover a controversy from that time about whether nanotechnology would change the world or was impossible. Finally we think about what lessons we can learn from that whole era.

The podcast, included in the first post, upon which the two posts are based, runs 1 h and 45 minutes. Each post includes a transcript and the first also includes a list of extra resources to learn more, including the above-cited paper “Cyber, Nano, and AGI Risks: Decentralized Approaches to Reducing Risks” by Christine Peterson, Mark S. Miller and Allison Duettmann. This 34-page paper (single spaced) combines a look at Foresight’s beginnings with an insightful discussion of how those founding interests evolved into the current focus on cybersecurity, biotech-based opportunities and threats, and the connection with the more distant benefits and challenges of atomically precise nanotechnology and artificial general intelligence. From the abstract:

The aim of this paper, rather than attempting to present one coherent strategy for reducing existential risks, is to introduce a variety of possible options with the goal of broadening the discussion and inviting further investigation. Two themes appear throughout: (1) the proposed approaches for risk reduction attempt to avoid the dangers of centralized “solutions,” and (2) cybersecurity is not treated as a separate risk. Instead, trustworthy cybersecurity is a prerequisite for the success of our proposed approaches to risk reduction.

Our focus is on proposing pathways for reducing risks from advanced nanotechnology and artificial general intelligence.

A paper very well worth reading. On a personal note, I was glad to see the return of interest in one of my favorite sections of Engines of Creation, a proposal for “Inheritance Day.”
—James Lewis, PhD